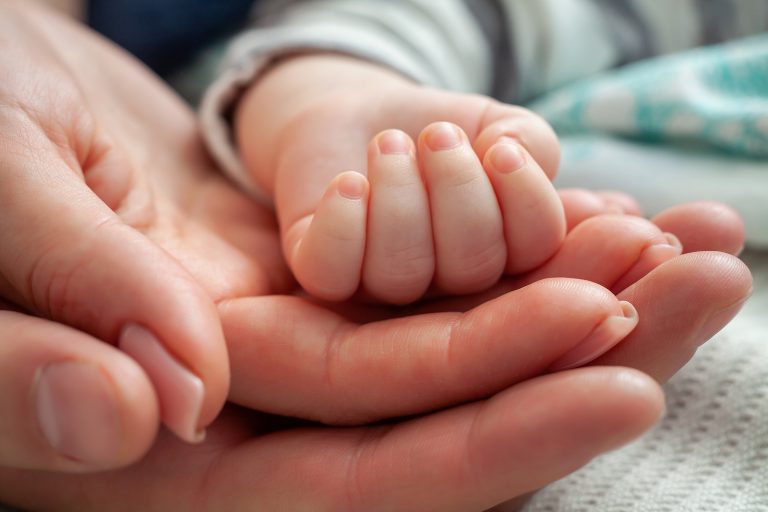 The Precarious State of Parental Rights

In August 2013, 33 police officers and seven youth welfare officers forcibly entered the home of Dirk and Petra’s Wunderlich using a battering ram to break down the door. Then, violently pushing the couple aside, officials took away their four children, aged seven to 14, and confiscated their passports to keep them from fleeing the country. The reason for this mistreatment? The Wunderlich’s homeschool their children in accordance with their Christian faith. In Germany, this is forbidden despite the country having signed several international agreements that guarantee parents the right to direct the education of their children.

The Wunderlich children were eventually returned, but the parents only have partial custody and the children are forced to attend a local school with a government-approved education program. Meanwhile, in January 2020, a man in Canada (courts have withheld his identity) was served with an injunction that stated any attempt to pressure his 15-year-old son to abandon his sex reassignment treatment and to call him by his birth name was a form of family violence. The justices said the father’s conduct was “seriously misguided” and he is forbidden to express his opinions publicly.

What do these cases have in common? In both, the state’s decision undermines parental authority. Unfortunately, these incidents are not isolated. According to some children’s rights activists, children are damaged by constraints upon their liberty and should have the same rights as adults, including the right to separate from their parents when the relationship is strained or on grounds of incompatibility. As a result, legal systems around the world increasingly diminish the rights of parents. For example, despite international agreements that protect the rights of parents, some United Nations documents are used to promote an agenda that attacks families’ natural rights, the sovereignty of nations to determine domestic policies regarding parental rights, and the free expression of religious values and beliefs.

Parents do not arbitrarily discriminate against children due to their age. Rather, they limit the choices children make based on their cognitive capacity. For that reason, the law establishes restrictions on the freedom of children to vote, marry, drive, shoot firearms, gamble, enter contracts, consent to sexual acts, etc. It is due to their lack of capacity that minors receive special treatment and protection from their own immaturity. Poor choices can cause permanent harm far more damaging than temporary limitations.

The development of the capacity to make responsible choices is a process that is impaired when children are given unlimited freedom too soon in life. Giving children the power to separate from their parents assumes that they know what is in their best interest and disregards the fact that decision-making is gradually acquired and requires parental guidance. Regarding children’s decision-making capacity, psychologist Jim Taylor says, “It would be downright dangerous to give children complete latitude in their decision making.”

In an article for the BYU Law Review regarding “children’s liberation,” Bruce C. Hafen affirms that parents are obligated by nature to nurture and educate children in developing the capacity to meaningfully make binding choices. Thus, if as parents we hope to fulfill the actual needs of children, the worst thing we can do is “liberate” them from their family relationships.

This, however, is exactly what some states are currently doing to children suffering from gender dysphoria. For example, in Washington, Oregon, and California, legislators have given minors as young as 13 the right to receive gender-affirming care without parental permission. Schools, with the aid of powerful teachers’ unions, are creating on-campus clinics that bill parents’ health insurance for treatment of gender dysphoria, sexually transmitted diseases, and abortion while keeping parents in the dark. Kim Wendt of Informed Parents of Washington puts it this way: states are “slowly taking away, law by law, our ability to be the parents to our children, and then just making us their personal ATMs.”

Parental rights to custody and control of minor children have been described as both sacred and a matter of natural law. Melissa Moschella, professor of philosophy at the Catholic University of America, says that authority is not grounded primarily on the consent of the governed but derives from one’s special obligations with respect to fostering and preserving the wellbeing of the individual over which one has responsibility. Thus, usurping parental authority harms the wellbeing of the child that the authority in question exists to serve. Given the inability of children to make decisions for themselves, it is necessary that someone exercise paternalistic authority over them. That is why state intervention in the parent-child relationship must be a last resort.

As the people responsible for their existence and identity, parents have a special and personal relationship with their children – they are not only obligated to provide for their child’s developmental needs, but they are uniquely qualified to carry out this task. They are also the individuals with the strongest and most direct interest in the wellbeing of their children. This invests parents with the moral authority necessary to make decisions on behalf of the family.

As Moschella points out, although it is true that the state does have the duty to intervene in some extreme circumstances, its role in promoting the wellbeing of children is intended to be a subsidiary one. This means that it is secondary to that of parents and seeks to assist parents in fulfilling their responsibilities. Only when parents clearly fail to uphold their responsibilities in serious ways may the state intervene directly and coercively on behalf of the child.

For that reason, when the state uses its power to instill moral views that are at odds with those taught in the home, bans homeschooling, and imposes decisions in matters that belong to the private sphere, it not only interferes with the family, it prevents parents from fulfilling their obligations, i.e., it violates the integrity of the parent-child relationship and potentially harms the child.

Although international human rights law unequivocally protects the right of parents to raise their children in accordance with their religion or belief, countries around the world are guilty of undermining parental authority. For example, Sweden’s parliament passed a law in 2010 which made criminal charges possible against parents who homeschool their children unless they have “exceptional circumstances.” Jonas and Tamara Himmelstrand had a 13-year-old daughter with autism spectrum disorder. As she required special attention and care, attending a public school would have led her to long-term psychological trauma. Although they filed for that exception in July 2011, the State denied the petition and fined them more than €20,000 for educating her at home.

Another famous case is that of Charlie Gard who was born in the UK in 2016 with mitochondrial DNA depletion syndrome, a severe condition that left him struggling for his life. His parents, Chris and Connie, discovered an experimental treatment that offered the possibility of a cure in the United States. After organizing a crowdfunding campaign and raising nearly $1.7 million there was finally a glimmer of hope for Charlie.

However, the hospital – Great Ormond Street Hospital in London – and the courts refused to release him. Even when Pope Francis offered the Vatican’s hospital to take care of Charlie for free, the British government wouldn’t budge.  He died after his mechanical ventilator was disconnected by the state. In a totalitarian imposition of power, it was established that the government, and not parents, have the power to decide what is best for children and, in this case, acting as the final arbiter of life and death.

Protecting your rights as a parent

And what can parents do to protect their children and their rights? Two things: use an authoritative parenting style with your children that will promote a strong and trusting parent-child relationship, and never willingly relinquish your rights as a parent, no matter how seemingly trivial the circumstance.

According to the American College of Pediatricians, authoritative, not to be confused with authoritarian, parenting provides a nurturing, loving environment for children and establishes “reasonable expectations of appropriate behavior, imposes logical sanctions for misbehavior and monitors a child’s activities and behaviors, while encouraging age-appropriate autonomy. In numerous studies, children raised by engaged, authoritative parents are more likely to be successful in academics, be independent, self-reliant, and less prone to depression and anxiety.” This means being a “hands-on” parent. Authoritative parenting establishes parent-family connectedness. Creating this kind of atmosphere in your home and family will provide a bulwark against efforts to interfere with the parent-child relationship.

Guard your rights as a parent as though your children’s lives depend upon it – because they do. Bishop Desmond Tutu once said that the only way to eat an elephant is one bite at a time. We generally apply that maxim to the process of achieving goals, but it is true also of the steady erosion of parental rights. We lose them little by little, and before you know it, they are seriously impaired.

That means we must be on guard and question and resist every single time an institution, whether through legislation, court rulings, or policy, seeks to appropriate parental authority. Begin with knowing what your children’s schools are teaching and the policies they enact and questioning rules and policies that infringe on family time and your right to determine what is best for your child. Be aware of laws and regulations that direct the care your children receive by healthcare professions, including mental health practitioners.

In an article for City Journal, author and journalist, Abigail Shrier, described one father’s efforts to protect his son who is autistic and was suffering from mental health issues exacerbated by pandemic lockdowns and isolation. Therapists were intent on diagnosing the troubled teen with gender dysphoria. This father took the advice of a trusted psychiatrist friend who said, “You have to be very, very careful, because if you come across as just even a little bit anti-trans or anything, they’re going to call the Child Protective Services on you and take custody of your kid.” The father told healthcare workers he would take his son to a gender clinic, then took the extraordinary step of quitting his job and moving his family away from Washington. Today that son is no longer suicidal, nor does he identify as transgender.

In Plato’s Republic, family life was replaced entirely by state child-rearing activities so pervasive that no parent would know his own child, nor any child his parent. If we continue to allow this chipping away of parental authority by heavy-handed state decrees the consequences for our families will be eerily similar to the state of family life in Plato’s Republic. It will take constant vigilance on our part to ensure that it does not.

If you’re in UT, watch out! The largest district in the state is teaching CRT and pushing these “social emotional programs” on our children. Give. Cox is bought and paid for by the teachers unions. They’ve given him at least $75,000. He is their puppet and does their bidding.

This is truly an eye-opener! I'm thankful I live in a conservative city within a conservative state. So far, we don't have liberal leaning leaders trying to teach CRT or any of that other nonsense. Be careful, parents! Make sure you know what your child is being taught, etc.