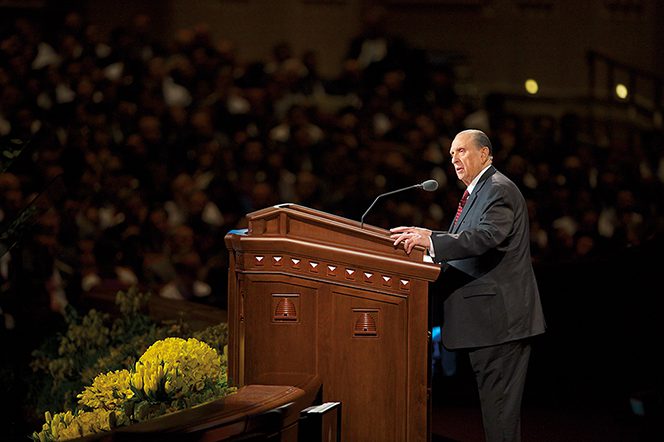 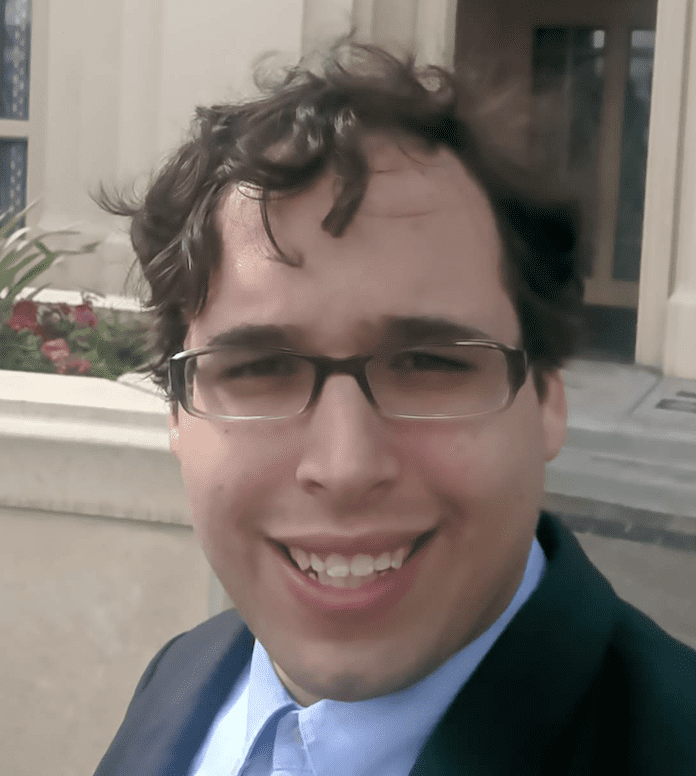 The Power of God Resting upon the Leaders of this Church

This post is Daniel Ortner’s contribution to the ongoing General Conference Odyssey.

I recently have been transcribing my mission journals and as I have done so I have been struck by how I changed over the course of my mission.

I entered into the MTC as one who was far too focused on the intellectual side of the gospel and far too convinced of my own wisdom and intelligence. I was cynical and doubted the teachings of the modern Prophet and apostles when what they had to say clashed with what I thought was right.

As I read Harold B. Lee’s talk from the Priesthood Session of the April 1972 conference I was struck by something he said:

Now I want to impress this upon you. Someone has said it this way, and I believe it to be absolutely true: ‘That person is not truly converted until he sees the power of God resting upon the leaders of this church, and until it goes down into his heart like fire.’ Until the members of this church have that conviction that they are being led in the right way, and they have a conviction that these men of God are men who are inspired and have been properly appointed by the hand of God, they are not truly converted.

Of course, it hardly needs to be said that having this testimony is a necessary but not a sufficient component of conversion. Believing in living leaders but lacking conversion to Christ would be like building on a foundation of sand. That cannot suffice.

But I truly believe that President Lee is correct that those who never gain that witness of the living oracles are never fully and truly converted to the Gospel. I’ve seen it in far too many friends who joined the Church in recent years. They have zeal at first and are excited about their membership. But then they come across some historical fact or some doctrine that troubles them and does not fit with the understanding of the world. They begin to doubt that the Prophet is called of God. And then their whole foundation of faith crumbles.

In this same session, President Joseph Fielding Smith taught specifically what we must all strive to gain a testimony of in order to be fully converted:

Now, brethren, I think there is one thing which we should have exceedingly clear in our minds. Neither the President of the Church, nor the First Presidency, nor the united voice of the First Presidency and the Twelve will ever lead the Saints astray or send forth counsel to the world that is contrary to the mind and will of the Lord.

An individual may fall by the wayside, or have views, or give counsel which falls short of what the Lord intends. But the voice of the First Presidency and the united voice of those others who hold with them the keys of the kingdom shall always guide the Saints and the world in those paths where the Lord wants them to be.

This is difficult doctrine indeed. It is hard to believe truly that the mortal men at the head of the Church will not lead us astray. But implicit in this belief is the knowledge that Jesus Christ himself is at the head of his Church and that he is the one who cannot lead us astray. Faith in the living oracles necessarily involves deeper faith in Christ because he is the one who directs them.

As a missionary, I took copious notes during sessions of General Conference. As I looked back at my notes today, I noticed how I reacted to a couple of talks during the October 2010 conference. This was the conference that took place while I was still in the MTC. In this conference, two members of the 70 gave talks and relied heavily on Ezra Taft Benson’s 14 Fundamentals in Following the Prophet. Like many progressive Mormons, I had read and rejected this talk as uninspired and destructive.

When Elder Costa of the 70 spoke about how a Prophet does not need to say “thus saith the Lord” to declare scripture, I wrote my cynical reaction which was that I didn’t think I agreed with that when I read Ezra Taft Benson’s initial talk, and that I agreed with it even less when listening to conference. I also wrote a sad face next to the talk indicating my dislike of it.

About five months later, I looked back at these notes and wrote an addendum dated 3-3-11. I am going to quote this brief entry in full because it illustrates for me how my mission helped me truly become fully converted:

I reread these comments today and realized how much my view on prophets has grown in a very short time. I have a strong testimony that if we follow their counsel we will be blessed… First and foremost we must verify for ourselves that there is inspiration. Indeed, we have a right to verify through prayer. But we cannot let the hardness of our hearts and our unwillingness block us from receiving necessary revelation or guidance. I can’t believe I wrote that only 5 months ago! I am so glad for the growth on my mission.”

I believe that in those 5 months of missionary service I became truly and definitively converted. I am so grateful for the stretching experiences that I had which allow me today to firmly and definitively bear my witness. I know without a doubt today that Thomas S. Monson is a living Prophet and the mouthpiece of Jesus Christ on the earth. I know that Christ leads his Church and that he will never lead us astray. I know these things through revelation and through sacred experiences beyond measure.

See what the other contributors to the General Conference Odyssey wrote about this week and join our Facebook group to follow along!

Junk Bin you are correct. None of us are perfect. Most of us reading posts such as this are trying our best to follow Christ, but we come up short daily, if not hourly. But we are trying, our goal is to become more like Christ, even though it is by tiny baby steps. How grateful I am that there are men and women who will teach and lead and help me better understand the things of God, even though they themselves are not perfect.