The Personhood of the Fetus: Reframing the Abortion Debate | Meridian Magazine 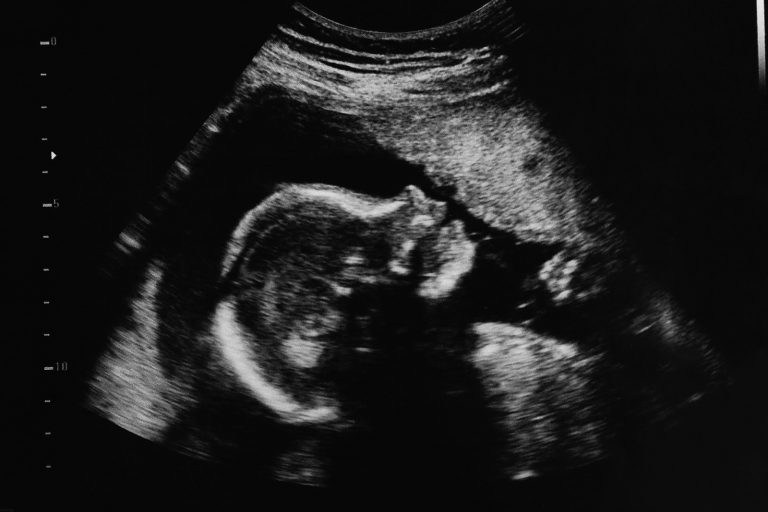 I was 9 years old. I don’t remember much but I can remember lots of blood as my mother tried to stop the bleeding. Moments before she delivered a 12-week-old fetus into the toilet. She had enough time before the ambulance arrived to scoop the baby out with a spoon and show it to me and my brothers. We were shocked and sad that my mother had lost the baby. But what shocked me, even more, was how completely developed this 12-week-old fetus was.

There in the spoon laid a perfectly formed child with fingers, toes, arms, legs, and a face so clear you could see the eyelids and little lips. I can remember my 9-year-old brain trying to wrap my head around the concept that a person as big as my father started out as a person as small as this.

After my mother’s return from the hospital, we wrapped our little baby, placed her in a matchbox, and held a funeral in our backyard. But why would we hold a funeral for a miscarried fetus? If our family believed that this fetus was just a clump of cells that resembled a human, then a service was quite irrational. But we believed the little girl in that spoon was a human being, so we held a funeral for her because we lost a member of our family, even before she was born. Through her grief, my mother taught me that a person is indeed a person, no matter how small.

Over the years, I learned that what my mother taught me is not a universal belief in our country. On January 22, 1973, the US Supreme Court, in a 7-2 decision, affirmed the legality of a woman’s right to have an abortion under the Fourteenth Amendment to the Constitution. That same Fourteenth Amendment asserts that no “State [shall] deprive any person of life”. The Court recognized this subtle but tragic irony which denied life to “smaller” people when Justice Harry Blackmun noted:

“If this suggestion of personhood is established, [Roe’s] case, of course, collapses, for the fetus’ right to life would then be guaranteed specifically by the [14th] Amendment.”

Those seven US Supreme Court justices who voted in favor of the legality of abortion believed that if an unborn baby was in actuality a “person” then that person has the same right to life as any other person living in the United States of America. However, the discussion of personhood was left alone when it was agreed that the Constitution does not define “person” even though it refers to the term. Roe eventually won. The decision gave a woman the right to an abortion during the entirety of a pregnancy and defined different levels of state interest for regulating abortion in the second and third trimesters.

Because abortion is unavoidably tied to morality, the laws that regulate its practice vary across all states. For instance, Georgia’s law prohibits abortions after a heartbeat can be detected, which is usually when a woman is six weeks pregnant. The law makes no exception for cases of rape or incest and mandates a penalty for doctors who perform the procedure. New York’s laws allow abortion up to the time of birth when the mother’s health is at risk and repeals criminal charges for harming children in the womb.

Because states cannot address the personhood of the fetus and the moral implications of that distinction, they substitute policy concerns over viability, presence of life, the woman’s right to privacy, or the balance between the woman’s health and the health of the fetus. This shifts the argument and makes it about life versus choice. But it’s not about being pro-life or pro-choice. It’s about being pro-person.

Yes, pro-person. There are too many arguments, definitions, theories, and opinions on the morality of abortion. In responding to those defending the Texas abortion law challenged in Roe v. Wade, Justice Blackmun pointed out that “when those trained in the respective disciplines of medicine, philosophy, and theology are unable to arrive at any consensus, the judiciary, at this point in the development of man’s knowledge, is not in a position to speculate as to the answer.” It is true, almost every school of thought differs in its definitions and opinions regarding the morality of abortion.

A general consensus regarding abortion cannot be attained through the discussion of abortion alone. There may never be an agreement between scholars, theorists, doctors, democrats, republicans, pro-life and pro-choice advocates on the morality of abortion and when it is appropriate for a woman to terminate the life of her child. For that reason, we need to reframe the debate.

The fetus – a person worth protecting

In its decision of Roe, the Supreme Court ran away from the issue of the fetus’s personhood. Society will argue about whether a human life is a person immediately at conception or after the baby passes through the vaginal canal, but the fact remains that the constitution protects ‘persons’ under the right to life and therefore the discussion needs to be person-centered.

When I saw my little sister laying in that spoon at 12 weeks gestation, I knew that she was a person. Roe V. Wade was decided in 1973 with the understanding that if a fetus was indeed a person, it had the right to life and could not be aborted. The justices decided that a fetus is not a person. Science tells us otherwise. Our own eyes tell us otherwise. It’s time for us to do what those seven Supreme Court Justices were unwilling to admit. The fetus is a person. It is worthy of our protection.

Chase Tucker earned his Bachelor of Science in Family Studies from BYU-Idaho and is currently pursuing a Masters in Public Administration.

He is a father of two and he and his wife are expecting their third child soon.

Well said! Makes absolute sense. Abortion is a sad indictment on our humanity or lack thereof.