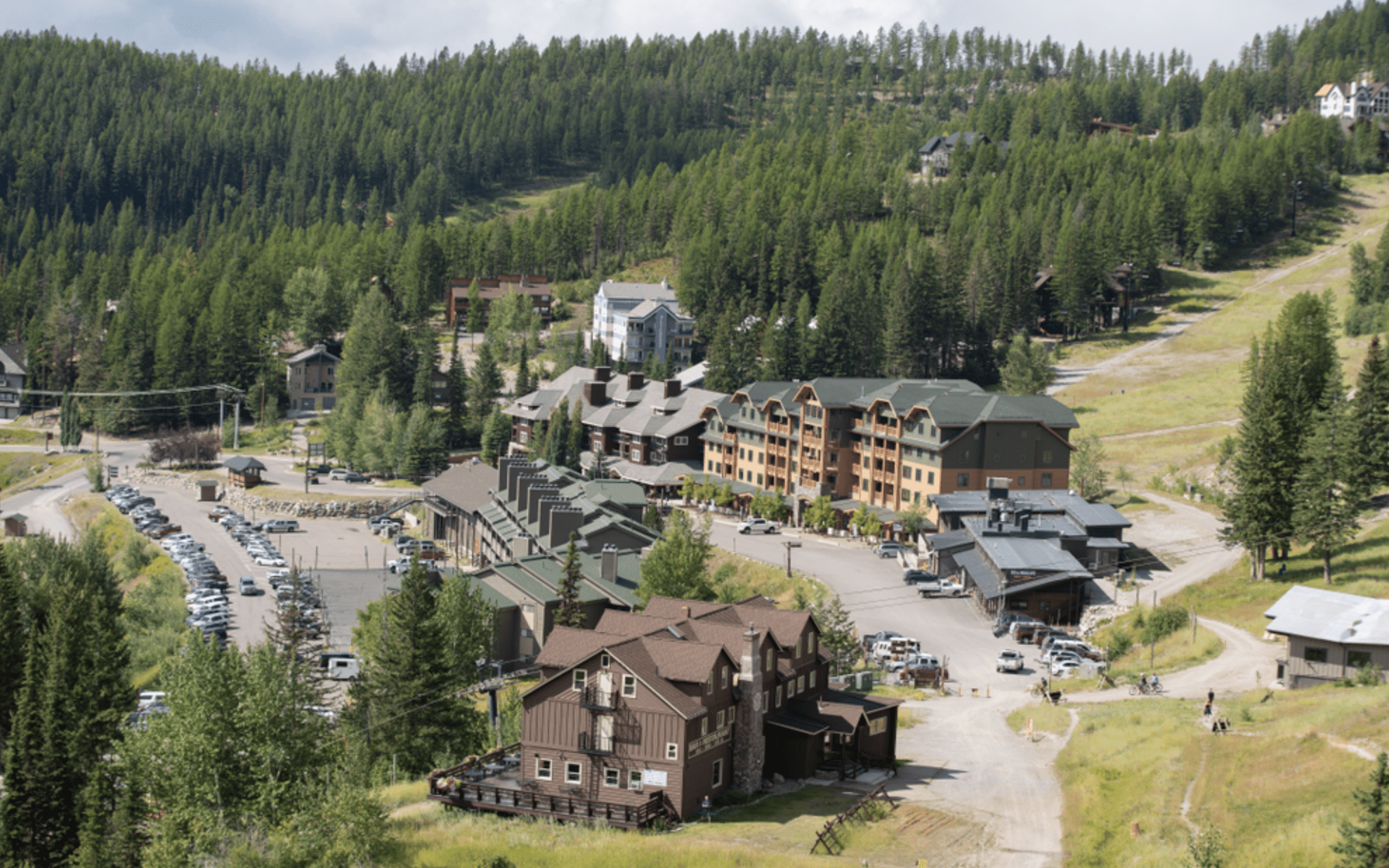 Larry was getting married. While his future wife was busy getting the right dress and planning her ideal reception, he was planning the perfect honeymoon.

“What are you going to do?” David, the best man, asked.

Larry laughed. “Come on, David. Do you really expect me to tell you? But I will tell you this much. I plan for us to go to a resort town and have a wonderful week together.”

David didn’t ask any more, and Larry set about making all the preparations. He first chose the perfect resort town. It was one in the mountains of Idaho, and the pictures he could find about it showed magnificent scenery.

Larry didn’t have a lot of money, so he knew he would have to budget well to make it last a whole week. The biggest expense would be the hotel rooms. This was before the internet, so he went to a library and got hold of a phone book for the area. He looked in the yellow pages for hotels and wrote down all their phone numbers. He called every one of them to get the best price.

It happened that the first one on the list was the cheapest. It was less than half the price of the others. Larry thought it was probably because it was run by immigrants. He was sure they had to be because in their ad they spelled ‘hotel’ wrong. But Larry didn’t really care who ran it. The price was such that he could afford the entire week and still have some money left over.

The wedding day came, and then Larry and his new bride were off on their honeymoon. The next week, after they had returned, David ran into Larry and asked him how it went.

“Have you ever heard of a thing called a hostel?” Larry asked.

David nodded. “When I traveled through Europe, I stayed in a lot of them. They are kind of like a dorm for travelers.” Suddenly, David realized what Larry was saying. “You didn’t stay in a hostel for your honeymoon, did you?”

“I had never heard of such a thing before!” Larry said, the frustration rising in his voice. “I thought it was just a misspelling of ‘hotel’.”

David tried not to grin so he wouldn’t irritate his already agitated friend. “How was it?”

“Well, how do you think it was?” Larry said. “We got there and were checking in when the lady started explaining where the bathrooms were. When I asked, ‘You mean there’s not one in every room?’ she looked at me like I had dropped from Mars or something. But the bathrooms weren’t even the worst part.

“She continued to tell us who would share the room with us. When I explained we were just married and thought we would have a room of our own, she didn’t even try not to laugh. But since the hotel wasn’t full, she was able to get us a room of our own the first night. The walls were paper thin, and we could hear every sound everyone else made, and they could hear us. But that still wasn’t the worst part.”

“What was?” David asked.

“The stupid rooms only had bunk beds!” Larry said. “When I found that out, I tried to get a refund so we could go to a real hotel, but there were no refunds. I would hardly have enough money for another place, even with the refund, so we were stuck.

“And to top it off, the place was full three of the nights, and we had to share a room with others.”

By this point, Larry’s attitude was really frosted. “Somebody should spell hostel differently so it doesn’t appear at the front of the list of hotels!”

With that, Larry stormed off, leaving David grinning at what he had just heard. Maybe with Larry’s feelings about his experience, ‘hostile’ would be the proper spelling.

This story reminds me of our honeymoon 37 years ago. We spent the first two nights in a nice, reasonably priced hotel in a quiet little town with amazing scenery right outside the door. My wife was very frugal (a good attribute) and decided the hotel we were staying in was too expensive and suggested we could get a cheaper one in the next (larger) town up the road. I reluctantly cancelled our remaining three nights in the nice hotel and packed up to head to the next town. Upon entering the town, we found a string of "No Vacancy" signs at each hotel we drove by. The hotel room we finally got at the edge of town was indeed cheaper. It also reeked of cigarette smoke and alcohol. We also noticed that the parking lot began to fill up as the day wore on and realized it was the first day of the elk hunt in that state. We were awakened at 4:00 a.m. the next morning to the sound of 4-wheel-drive pickups starting up, headlights shining through our window, the loud clomping of hunting boots on the wood walkway outside our room, and loud voices shouting out "Hey Jake, you got the beer?" Short story, after two nights of this we decided to cut our honeymoon short and just go home. We look back on this event and laugh, but it wasn't very amusing at the time.

Yikes!!! That was a funny story - I hope it wasn't true!!! It's a great lesson in cheapest is not always the best choice!!