The Most Reviled Minority in America? | Meridian Magazine 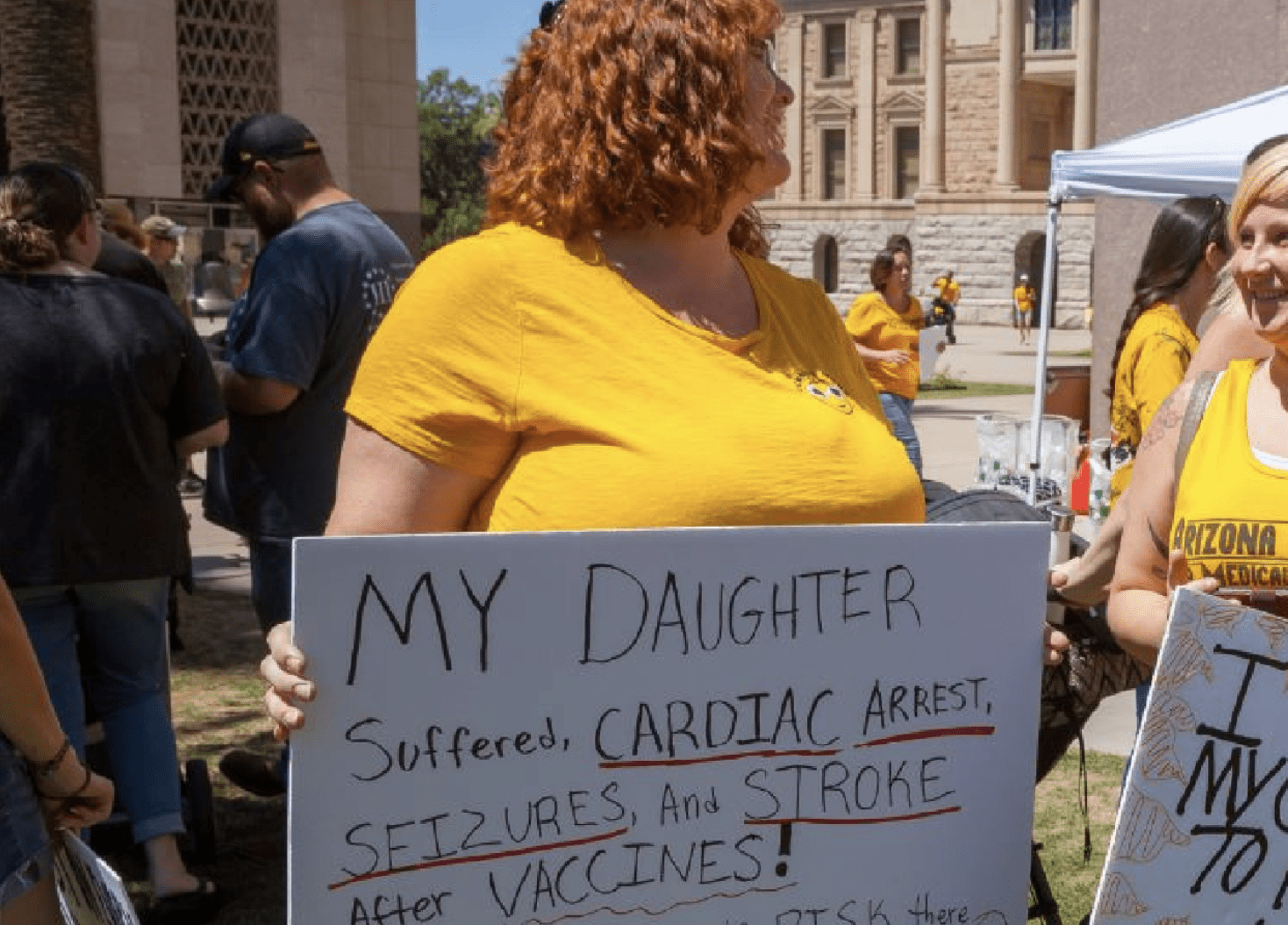 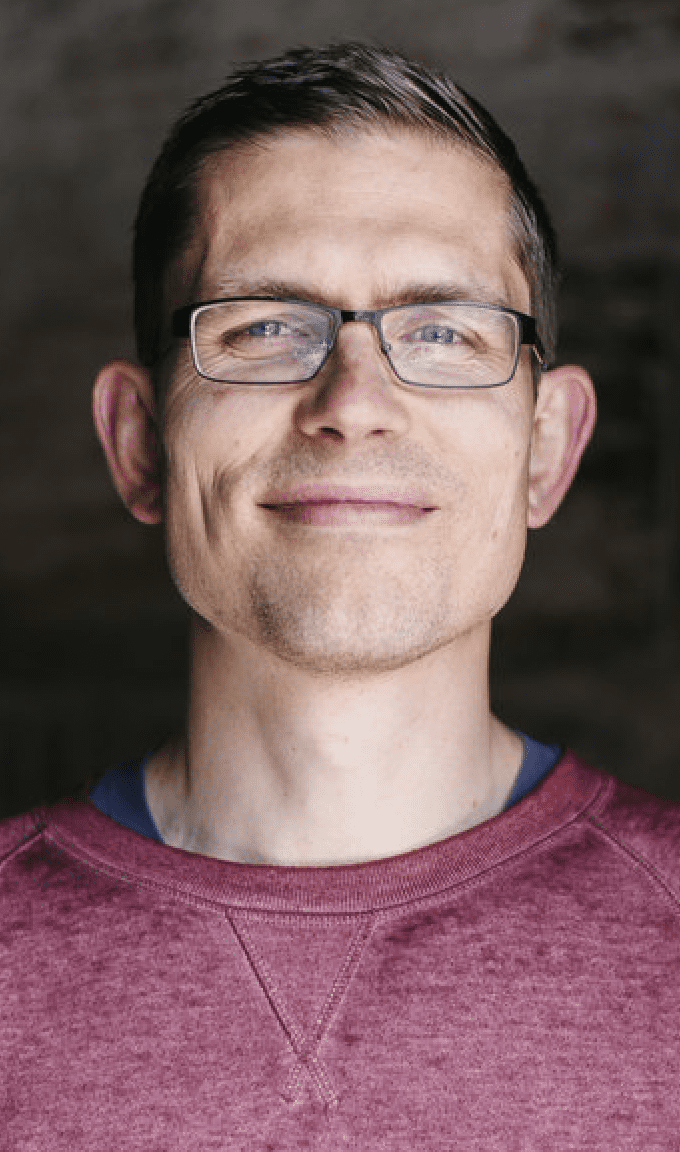 Washington Post columnist Jennifer Rubin recently published a striking essay that was, in some sense, just a reflection of what many others are feeling. Entitled, “We Should Soon Stop Catering To The Vaccine Holdouts” the article stood out for its withering characterizations of those resisting all the abundant encouragement to receive a COVID-19 vaccine. In the article, Rubin called people who were vaccine-hesitant “impervious to reason and facts” and “self-destructive, selfish and potentially deceitful people”—arguing “at some point, only the willfully ignorant and destructive will remain unvaccinated.”

These are descriptors you’d virtually never hear applied to most any other subgroup in America (except, perhaps, Trump supporters or Republicans). To call an ethnic or sexual minority names like this would lead you to immediate termination of employment.  To apply them to religious minorities or atheists, or even to former felons or sex offenders would be seen, at the very least, as deeply insensitive.

But in America today, for perhaps some understandable reasons, these kinds of incendiary descriptors are allowable for a sizable subgroup in America not yet on board with orthodox medical views, even in the nation’s most celebrated news outlets.

It’s not only a handful of journalists, of course, that feel this way—as demonstrated by the brutal commentary that followed Rubin’s piece. One person characterized vaccine resistors as almost country bumpkins—“unwashed, unvaccinated, uneducated whose silly little facial expressions are perpetually stuck on stubborn, angry, defiance.” Another called them “delusional.” Still another argued:

Anyone who refuses to get vaccinated, outside of actual medical reasons anyways, are idiots. Mostly caused by the ego of an idiot. There is no excuse. They should not be allowed to possibly infect anyone else. Sorry, I have zero compassion for these people.

In a more positive spirit, one person shared their encouragement to “get the vaccine for the well-being of society and the common good” before adding “be a good citizen and decent human being.”

Notice that it’s not possible, in any of these views, to disagree with current COVID-19 vaccination protocols reasonably.

One woman declared, “I don’t care what happens to Republicans who don’t get vaccinated. Yes, that is a callous thing to say, but it’s true.” Another added, “Republican men and Evangelicals are the most vaccine-resistant.  I would not be pained if there were fewer of them in the world.” Others took it even further:

Of course, real violence against holdouts is hyperbole largely reflecting people’s frustration. Something else, though, is not hyperbole. As one person summarized it, “there need to be consequences for these hold-outs.”

Given the widespread conviction that the solution to a pandemic is for enough people to accept vaccination (aka, “herd immunity”), it’s perhaps understandable to see the desperation to persuade enough Americans to get the vaccine. As one person said:

They hold the entire nation hostage—by willfully serving as a reservoir for the virus. Allowing it to not only survive but to mutate into a more deadly form—maybe into a form that is immune to the vaccine. Who pays for the cost of repeated shutdowns of businesses?  Who pays for expensive medical care of idiots who contract the virus while claiming it doesn’t exist?

That epitomizes well the medical philosophy that a majority of Americans now embrace—and from which detractors naturally are seen as a serious threat. As one person summarized the sentiment, these people are “why we still have a pandemic.”

If that’s what you believe, then perhaps this level of frustration is understandable—as reflected in some especially vivid comparisons (emphasis my own).  As several people argued:

One person went so far as comparing the unvaccinated to “sociopaths.”

Jennifer Rubin herself stated, “There is no right to remain a breeding ground for dangerous coronavirus variants” and argued against any accommodations for “those bent on being a danger to themselves and others. We have all sacrificed too much for too long to indulge reckless conduct.”

On that basis, Rubin went on to suggest that these “ornery holdouts won’t be mandated by the government to get shots, but they should not be able to enjoy the benefits, privileges, and access that responsible Americans have earned by getting vaccinated.”

A small handful of people objected, with one saying, “sure go ahead and call people who don’t think just like you sociopaths.” Another person chimed in, “we don’t live in a totalitarian state.”

Yet most people seemed to agree with Rubin’s line of thinking. One person said, “Lock them out!” Another man insisted, “at some point soon, those that refuse to participate in public health measures, such as vaccinations, masking, physical distancing, etc., should be held liable for their irresponsible behavior … possibly financial & legal liability for willful negligence for infecting others in the community.” Still others wrote:

“These are the same people who wanted everyone over 65 to ‘just stay home’ for a whole year so they wouldn’t be inconvenienced by face masks. Now it’s THEIR TURN to stay home. No vaccine, no admission.”

“Just put the ‘freedom’ on the sidelines and make sure those are refused any sort of services if not vaccinated. Put those places that service these idiots on notice by printed advertisements and keep making the people aware of the Republicans who refuse to.”

To those who are deeply concerned about the broader health impact of unvaccinated Americans, these may seem reasonable policy measures. And certainly, all Americans ought to feel free to advocate for whatever policy measures seem necessary and justified.

My purpose here is not to try and resolve these complex policy matters; navigating them well will take remarkable grace and wisdom—and we should pray for our elected officials.  I simply draw attention here to the spectrum of rhetoric we are seeing, and how (perhaps unnecessarily) threatening some of this will and does feel to a large subset of Americans—sending many into “bunker” mode.  For that reason, I can’t help asking:  Regardless of what you feel about those resisting vaccination and the viability of such restrictions, how do you feel about the tenor of some of this rhetoric above?

Certainly, there will be many who may sensibly say, “the rhetoric is unfortunate, but the deep concern is only understandable.” Indeed, there are plenty of reasonable ways to advocate for restrictions, without insisting on people with questions being social pariahs. For instance, other commentators said things like:

As we’ve seen over recent years in American discourse, there’s a significant difference between holding serious concern and saying incendiary, aggressive things. For one, if your goal is to “persuade the holdouts” pretty much the best thing you can do to drive people even deeper into their bunkers is to reinforce the visceral sense of being outcasts, social pariahs, and potential exiles “banished” from polite society.

Furthermore, as people of faith, I believe it’s our obligation to stand up against such provocative rhetoric, on any issue. In this spirit, President Dallin H. Oaks recently called for Latter-day Saints to work towards commonality rather than discord: “On contested issues, we should seek to moderate and unify.”

In recent weeks, I’ve also proposed more attention to what a productive vaccine dialogue would look like.  In that spirit of seeking mutual understanding, I would leave an honest question to those feeling concerned with the unvaccinated (if not the rhetoric above):  Is it possible to disagree about dominant medical conclusions in this area thoughtfully?

With so much attention to questions about the vaccine intervention itself, I’ve personally been struck at how little acknowledgment there seems to be regarding the very different approaches to illness and health that have a long history in America (aka, an alternative, natural, and naturopathic stance vs. a more dominant allopathic philosophy).

In the absence of that acknowledgment, those questioning vaccination are increasingly cast, almost automatically, as merely stupid, anti-science, selfish—as if that were the only way someone could be seriously questioning the vaccine.

Ignorance and ill-will. And maybe some egotism?  As Dr. Fauci recently said with more than a little sarcasm, “If you want to only worry about yourself and not society, then that’s OK.”

Is that really all that reasonable? While acknowledging the legitimacy of your own feelings and concerns, are you open to others being thoughtful as well in their dissent?

I recognize these questions will press some readers in uncomfortable ways. But if we’re committed to a fully honest American discourse, what really is the alternative?

At the very least, let’s try to hear each other’s fears—even and perhaps especially if we disagree with the basis behind them.

Outside of that fairytale land where everyone eventually ends up coming around to agree with your view, it’s hard to find really positive answers to any of this ongoing conflict.

Yet this very palpable, shared sense of fear, alongside the common desire to overcome the pandemic, both remain common grounds that virtually all Americans stand on.

Don’t let anyone convince you otherwise.

I followed the counsel of our Prophet, consulted with my health care professional, and got the vaccine. I got my 13 year old vaccinated, as well. I have my fingers crossed that my 10 year old won't get sick (I'm not afraid of him dying but I am concerned about long COVID in kids) and trusting that people in his life will make decisions to keep him, and others who cannot be vaccinated for medical reasons like Earl upthread, safe. I pray that this trust is not misplaced.

We need to be "wise as serpents, harmless as doves."