“The Most American Religion”: The Atlantic Interviews the Prophet | Meridian Magazine 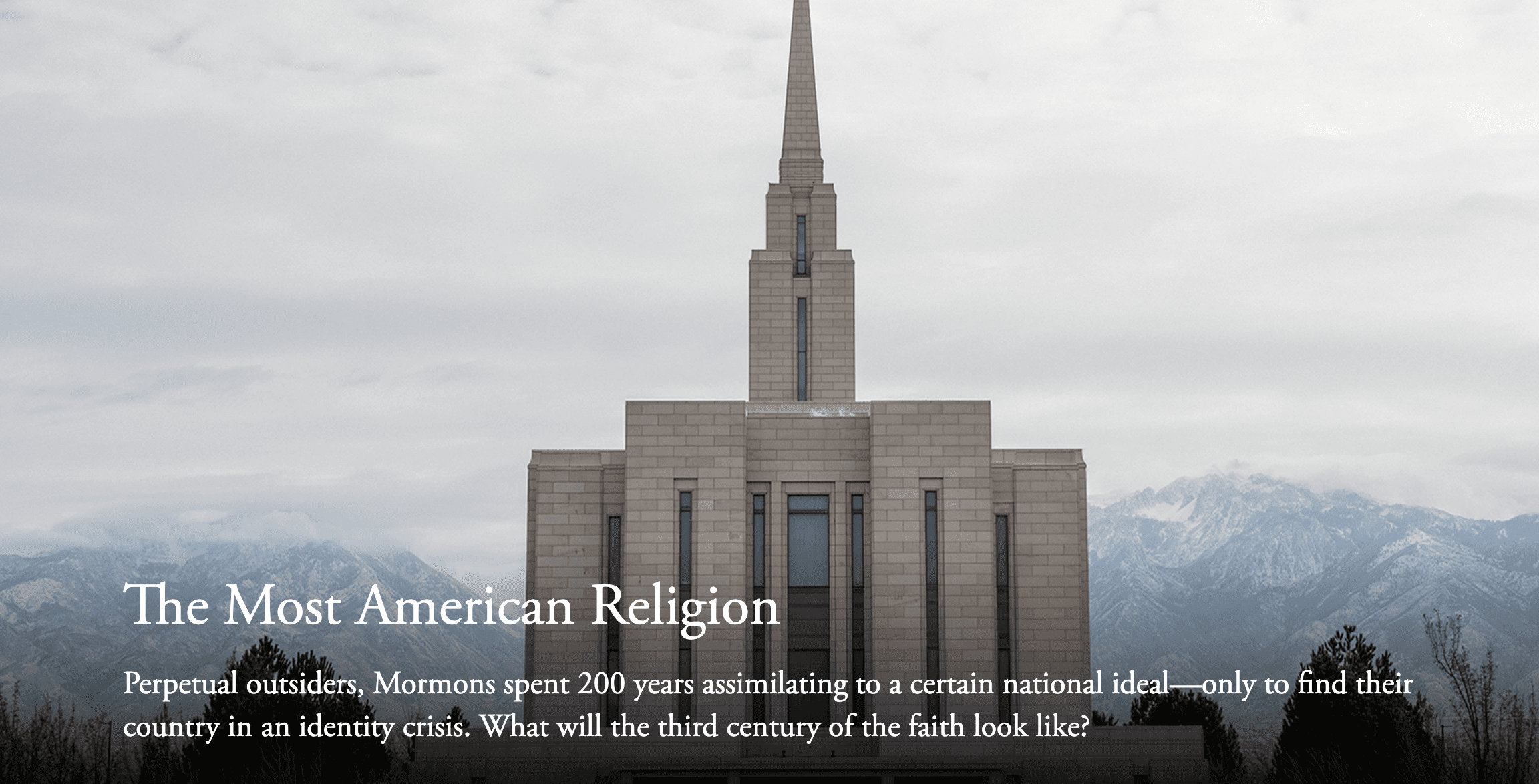 “The Most American Religion”: The Atlantic Interviews the Prophet

Editor’s Note: Recently The Atlantic ran an article that Hal Boyd of the Deseret News called, “perhaps the most consequential magazine-length feature on The Church of Jesus Christ of Latter-day Saints in more than a decade.”

It is written by a member of the Church and included an interview with President Russell M. Nelson. An interview that the editor of The Atlantic came to Salt Lake City to personally pitch to him on participating in. Below is an excerpt from that article. To read the full article, CLICK HERE.

To meet with the prophet during a plague, certain protocols must be followed. It’s a gray spring morning in Salt Lake City, and downtown Temple Square is deserted, giving the place an eerie, postapocalyptic quality. The doors of the silver-domed tabernacle are locked; the towering neo-Gothic temple is dark. To enter the Church Administration Building, I meet a handler who escorts me through an underground parking garage; past a security checkpoint, where my temperature is taken; up a restricted elevator; and then, finally, into a large, mahogany-walled conference room. After a few minutes, a side door opens and a trim 95-year-old man in a suit greets me with a hygienic elbow bump.

“We always start our meetings with a word of prayer,” says Russell M. Nelson, the president of the Church of Jesus Christ of Latter-day Saints. “So, if we may?”

The official occasion for our interview is the Mormon bicentennial: Two centuries ago, a purported opening of the heavens in upstate New York launched one of the most peculiar and enduring religious movements in American history, and Nelson designated 2020 as a year of commemoration. My notebook is full of reporterly questions to ask about the Church’s future, the painful tensions within the faith over race and LGBTQ issues, and the unprecedented series of changes Nelson has implemented in his brief time as prophet. But as we bow our heads, I realize that I’m also here for something else.

For the past two months, I’ve been cooped up in quarantine, watching the world melt down in biblical fashion. All the death and pestilence and doomscrolling on Twitter has left me unmoored—and from somewhere deep in my spiritual subconscious, a Mormon children’s song I grew up singing has resurfaced: Follow the prophet, don’t go astray … Follow the prophet, he knows the way.

As president of the Church, Nelson is considered by Mormons to be God’s messenger on Earth, a modern heir to Moses and Abraham. Sitting across from him now, some part of me expects a grand and ancient gesture in keeping with this calamitous moment—a raised staff, an end-times prophecy, a summoning of heavenly powers. Instead, he smiles and asks me about my kids.

Over the next hour, Nelson preaches a gospel of silver linings. When I ask him about the lockdowns that have forced churches to close, he muses that homes can be “sanctuaries of faith.” When I mention the physical ravages of the virus, he marvels at the human body’s miraculous “defense mechanisms.” Reciting a passage from the Book of Mormon—“Adam fell that men might be; and men are, that they might have joy”—he offers a reminder that feels like a call to repentance: “There can be joy in the saddest of times.”

There is something classically Mormon about this aversion to wallowing.

I agree with this previous commentator, I was very disappointed in this article which I thought would be about the church and our prophet. Instead it was more of Coppins whining about how he hates Trump. A good opportunity was missed. But I guess I should have expected that, it was,afterall, the Atlantic Magazine. What should we have expected.

I honestly thought this article missed the mark. I was excited at first to read about his interview with President Nelson. However, it consisted of only a few lines at the beginning and the end. Most of this article was a personal reflection on the author's own experience with his religion, "Mormonism," as he referred to it. Even at that, in some places, he straddled the line with his own opinions instead of facts. I personally was offended by his political swipe of President Trump. His liberal politics then exposed himself further with continued "fawning" over his fellow New Englander, Romney. I was left with an unsettled feeling about the true motive of this article which could have been really good, but fell flat!