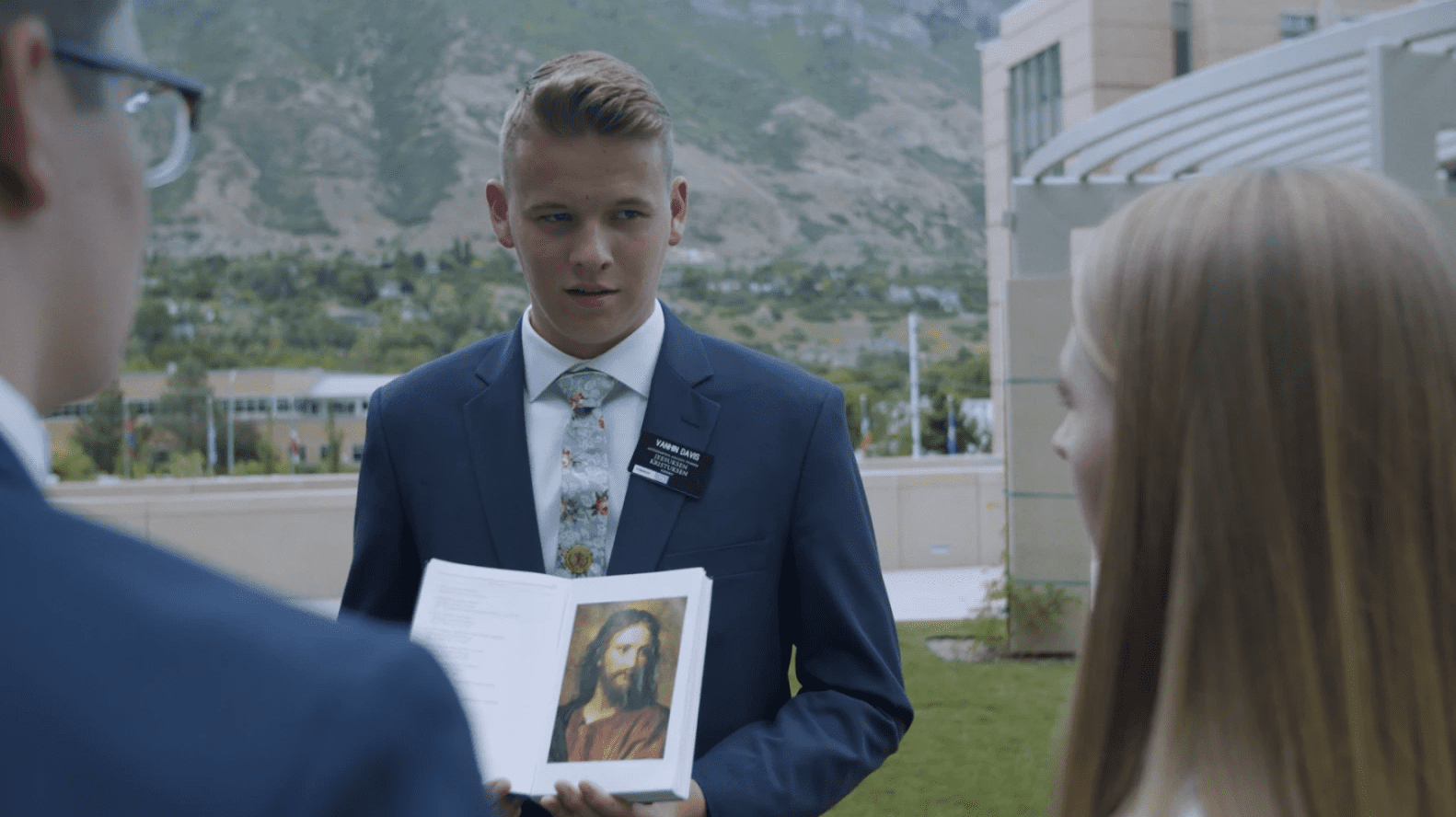 Included among the wide variety of films that have been screening at the 2022 Sundance Film Festival in the last week, was an unprecedented and intimate look into the experience of being a full-time missionary for The Church of Jesus Christ of Latter-day Saints. Even more surprising, the documentary team behind The Mission have no connections to the Church, but merely felt it was a story whose telling was long overdue.

“I was surprised this film hadn’t been made before,” said director Tania Anderson in her introduction to the film’s premiere screening, “I feel very honored to have been the one to get the tell the story.”

The idea for the film came to her when she was walking down the streets of a smaller village in her native Finland and she heard English being spoken out through the dark and found two young men in suits, trying to keep warm and having a discussion between themselves. For the first time, she glimpsed a moment of the real people that they are and it opened her mind to a slew of questions: “What do missionaries do when they’re taking a break?” “And where do they take a break?” “Who are these teens behind the suits?”

And so began the journey that involved a lot of persistence to find the right people among Church leadership to give them permission to have this unprecedented access to the entirety of the mission experience from setting apart to homecoming.

It also involved a bit of a learning curve for the film team who had to pick up Latter-day Saint terminology from words as basic and doctrinal as “ordinance” to words as cultural and specific as “trunky”. “I would ask the missionaries to explain things to me like I’m a five year old,” said the director about the process of learning the lingo.

With permissions in place, Anderson and her team were able to follow the experience of two sisters and two elders through their interwoven missionary experiences serving the Finnish people who Anderson says are, “arguably the most private and skeptical and non-religious people in the world”.

But as Sister Megan Bills’ father says in the film, “There’s going to be a thousand things that make you different from the people over there. But there’s one very important thing that you have in common and that is that you’re a child of God”.

As we follow the four missionaries-to-be through their preparations, it also clear that these young men and women are very different from each other in their strengths and their fears and their anticipation. It gives new impact to their mission president’s admonition upon their arrival in Finland as he tells them to, “Bring your whole personality into the mission field. Don’t think you need to become some cookie cutter missionary that doesn’t exist. No, the Lord has called you because of your personalities.”

In addition to their varied strengths, such as Sister McKenna Field with her positivity and humor that comes out even when paired with a companion that is slow to laugh, the film also portrays some fairly serious struggles. Elder Tyler Davis, who starts with the lofty goal of increasing the total percentage of Church members in Finland from less than 1% into the double digits, describes an increasing struggle with depression and panic attacks and is quite candid about his issues with mental health, which are so common among that age group.

In the Q&A following the premiere screening when the now-returned missionaries were asked what it was like to watch their missions back in the film, Elder Davis said, “Seeing the personal growth that came out of myself and seeing the love and the progress that I’ve had. I just wanted to say, for anybody who is on a mission, or is thinking about going…eventually it gets better.”

He also discussed his experience with the mental health professional assigned to the mission (and several other missions), which is a resource not previously available. In fact, though viewers may have served missions themselves in years past, it is interesting to get a glimpse at the way certain aspects of the experience are evolving and changing–and have continued to change even more since the filming process through the duration of the pandemic.

Despite having no Church affiliation, the film does a good job of showing the doctrine and testimony of its subjects while passing no judgement. It presents the spiritual sentiments in the sincerity with which they are expressed. The filmmakers showed a very steady, compassionate hand throughout in including struggles, doubts, testimonies, and triumphs without ever being either overtly faith-promoting or shamelessly cynical.

True to its central conceit, the film doesn’t follow the stories of the investigators the missionaries work with in any great detail. The cameras and the focus really do stay on the sisters and elders themselves and on the journey described by Elder Kai Pauole when he says, “I do think it’s true that most of the battle is fought in emotions we feel in ourselves—that’s where most of it is won.”

The Mission premiered online at this year’s Sundance Film Festival on January 24. Find information on viewing the film here.