"The Lord’s Economy": How the Lord Honors Those Who Honor Him | Meridian Magazine 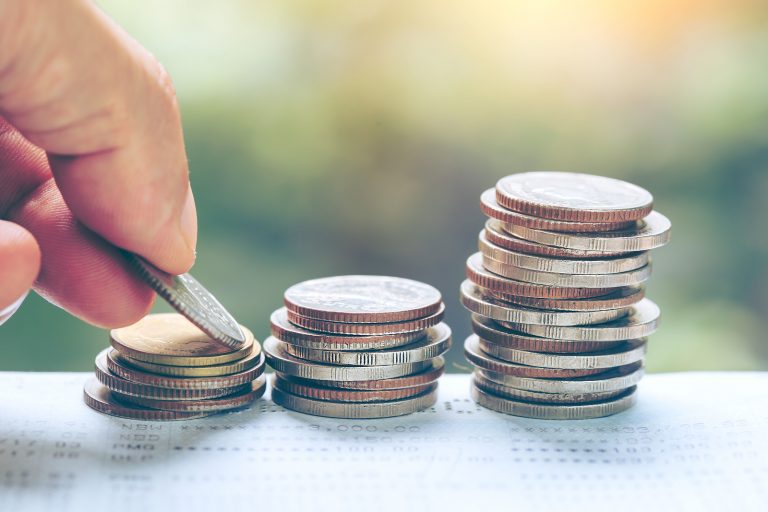 “The Lord’s Economy”: How the Lord Honors Those Who Honor Him

I have a wonderful friend, Brian Andre, who likes to talk about the Lord’s Economy.  He claims that the Lord’s economy is very different from the world’s economy.  In the Lord’s economy nine is more than ten, six is more than seven and the more you give to others, the more you have yourself.  I know it sounds a little crazy, but there’s probably not a member in the Church who has not experienced the phenomena of paying tithing and realizing that they are able to do more with the 90% they have left than they would have done with the full amount. I’m not an economist, but it seems that everyone has a “Tithing Miracle Story”.

The same goes with Sabbath Day observance. Those who dedicate one day in seven to the Lord have a similar experience as those paying tithing. It seems that God pours out blessings on those who honor Him on the Sabbath.

So, when it came time for my husband and I to sell our home I automatically assumed we would have the same game plan. The real estate agent listing our home was aghast. “You will never sell your home if you won’t allow it to be shown on Sunday”, she insisted.  “In real estate, Sunday is the biggest day for new home buyers to check out homes. It’s also the day when most offers are made and accepted.  “Besides that,” she said, “this is a very down market. You’ll be lucky to sell your house at all.”

I assured her that it would work out, although I must admit that inwardly I was beginning to panic. But we stuck to our plan. No open houses on Sundays, no Sunday showings, and no Sunday offers. We sold our home on the last day of her contract and got our asking price. She was flabbergasted, telling us that it was the only home that she had sold in the past six months that had received its asking price!

This same miracle was repeated three years later when we had to sell our home in Washington DC a few months after the bottom had dropped out of the home sales market. This time our agent was less understanding and constantly called us with an “emergency buyer” who only had one day to see houses and was interested in our home. But we stuck to our plan. She nearly dropped us as a client, but I promised her that the Lord would not let us down. She frowned, gathered up her papers with an exaggerated humph! and said, “Well, we’ll see, won’t we? I suspect that you’ll come around.”

A week later, the house two doors down sold for $100,000 less than they had bought it for. Aaaah!! I fretted and fretted. But then, out of nowhere, we got an offer on our house. We sold it for our asking price after only a couple of months on the market, for substantially more than we had paid for it and we were on our way to Atlanta. As we signed the papers, our agent said with a grin, “You’ve made a believer out of me!”

In my work in India I have seen over and over again how inexplicably those who donate the most seem to prosper the most.  Most people think it’s the other way around, but an interesting study was done by Harvard College, whose researchers “collected data on 30,000 American families from 41 communities coast to coast in a comprehensive look at people’s service behavior and charitable giving.”

We normally think of donating to charitable causes after we have made sufficient money.  But this is what the researchers found: “Say you have two identical families—same religion, same race, same number of kids, same town, same level of education—everything’s the same, except that one family gives $100 more to charity than the second family. Then the giving family will earn on average $375 more in income than the non-giving family—and that’s statistically attributable to the gift.” (Arthur C. Brooks, Why Giving Matters, speech at BYU Feb 24, 2009.)

The only way to really explain such a phenomena is to chalk it up to my friend’s idea of the “Lord’s Economy”.

Eighteen months ago our Development Director at Rising Star Outreach, Shalay, had been presenting the results of all her research into how to create a successful first gala.  She had read a ton and had talked to a number of non-profits in Utah, seeking advice. You see, Rising Star Outreach had never had a gala. We had an annual golf tournament, we had special events, but we had never had a gala.

But Shalay was excited. After her research she felt that we could definitely stage a successful first-time gala. Her sources told her that in terms of expectations, in Utah if you could clear $100,000 on a first-time gala, that would be fantastic. In typical fashion Shalay announced, “So, I figured we should set our goal at clearing $150,000!” It sounded like a daunting, if not impossible, goal.

Next the conversation had turned to whether or not to serve alcohol at the gala. The other charities she had contacted had told her that we should definitely plan on serving alcohol for several reasons: 1) Utah was now less than 50% Mormon. 2) almost all other charities offered it, 3) people had come to expect it at galas, and 4) when people had two or three drinks they became much more generous, thus making the auctions more productive.

Everyone else seemed to be in agreement with Shalay. I was the only holdout. All the reasons made sense. However, I felt very uncomfortable with the decision. I expressed my doubts. I don’t think anyone was convinced. But then I reminded everyone that Rising Star has only come as far as it has because of tremendous blessings from God. We’ve all witnessed undeniable miracles. How did we dare offend the God who had so abundantly blessed us by choosing to ignore His teachings from the Word of Wisdom?

I told the committee that if I had learned anything in the last 18 years it was that the Lord honored those who honored Him.  I didn’t really care if we lost money by holding to the Lord’s standard.  What I really didn’t want to lose was the Lord’s blessings.  It didn’t take much to convince the committee. The decision swung in the other direction. We came to an agreement that we preferred to perhaps make a little less, and honor God a little more.

Over the next 18 months as we prepared for the gala, whenever the subject of alcohol at the gala came up, we explained our feelings to those who were questioning. We really didn’t get much pushback—I think the major census was that we simply weren’t very “business-smart.”

Fast forward to the night of the gala, two weeks ago. What happened that night is nearly inexplicable. We made an unprecedented $2,000,000!  Even the professional auctioneer we’d brought in from California was astounded. He exclaimed to me as he departed the stage, “That was epic!!! Never seen anything like it!”   It was indeed.

Money only matters for what it can do. $1,000,000 was donated by an anonymous donor to be used strictly for leprosy vaccinations. This will enable us to vaccinate more than 100,000 people. Unbelievable! In an interesting aside, he later told us that he had not planned on donating that night, but during the event was moved by the Spirit to make this donation. I wonder if a such a thing would have happened if alcohol had been flowing freely? Perhaps.

Please don’t read this and think, Oh dear, we are breaking the Sabbath if we show our home on Sundays. I love that the Lord has not been specific with most of his commandments, commanding every little detail. Instead, He leaves it to us to work by the Spirit. We all find ourselves at different stages of Sabbath observance, service, honesty, gossip, modesty, generosity and many other principles as we grow in our efforts to draw close to the Lord. I believe the Lord welcomes every effort to obey His laws in whatever stage we find ourselves. I know that personally there are times I do better than others. His love remains constant throughout.

We live in a time when there seems to be a spirit of compromise in the air when it comes to keeping commandments. On the opposite extreme, sometimes we want to fill in where we feel the Lord “left a blank.” How silly!  The Lord doesn’t leave blanks. He knows that each of our lives are different and that each of us have unique circumstances. Therefore, He simply teaches us principles and leaves it to us to interpret those principles. I believe that the great God who taught us to seek for the Spirit will let each of us know what we need personally to draw closer to Him.

As we strive to become more like Him, the beautiful thing is that as we struggle, oftentimes making mistakes, we can count on the Lord to honor those who honor Him.

Thanks for sharing this. In these times of uncertainty, the one true thing we can hold fast to are our testimony , and you have certainly bolstered up many with your article. Hugs

Wow-I'd never heard this quote from Brigham Young. What a powerful quote! And so perfectly germane to our current situation! Thanks for sharing!