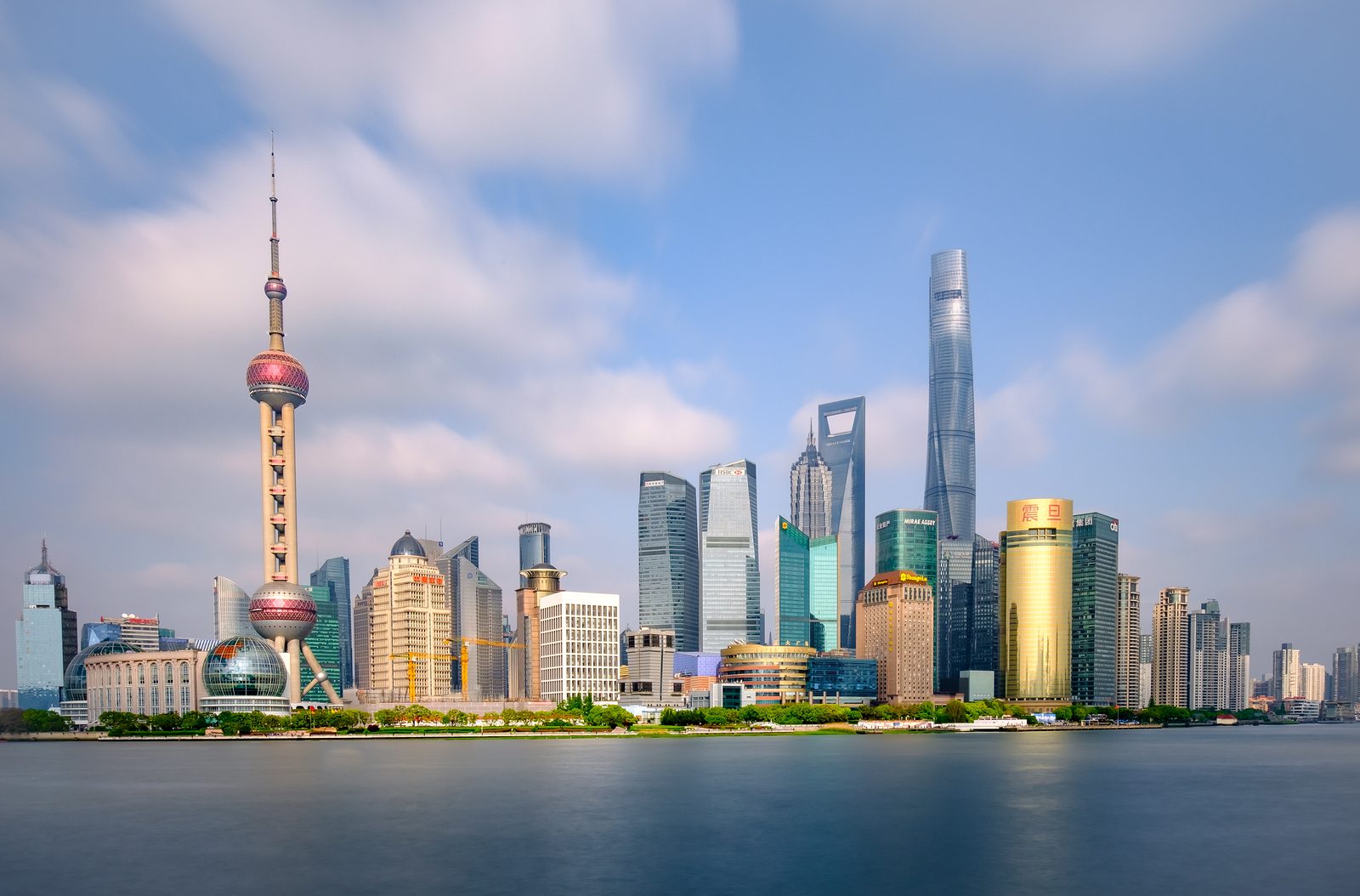 On Friday at midnight in China, a ban on foreigners entering China went into effect. What may have been the last plane before the ban from North America to Shanghai landed on Friday evening, a flight from Vancouver. Unfortunately for me but fortunately for China and for her, my wife was on that plane. Though I joked that my wife was taking social distancing to a 6,000-mile extreme — “really, honey, six feet should be enough” — in reality my wife was driven by a profound sense of commitment to her students at the international school where she teaches math. Her employer and the students really need her as the school prepares to reopen. She’s been teaching remotely late at night here in Wisconsin for the past few weeks, but now as China has made great progress in controlling the virus, it seems that schools may open soon, and her employer asked her and all her fellow teachers to return.

The suggestion (not a command) to return came on Monday last week while my wife and I were enjoying our time with family here in Wisconsin in spite of the pain and uncertainty created by the Corona virus. Since our “medical refugee” exodus from Asia (we were in Vietnam during the Chinese New Year and decided to flee to the US as flights were being cancelled and chaos arising over the corona virus), she had continued to work remotely, holding sessions with students late at night here (morning for the students). I had hoped and prayed that she would not be required to go back. Yes, it would be nice to recover things from our apartment and close out some bank accounts there, but if needed, I’d be happy to just lose it all and start life over here, where we were already planning to return this year due to my work in the US and the need to finally be closer to family. But when she saw that schools may be opening, she felt a strange urge to return quickly.

Getting back seemed impossible, though. Major US airlines did not have a way to get her back. Travel services like Orbitz or Travelocity did not show a way back was possible. She lost over a day seeking possibilities. The only route that could get her back quickly seemed to be through Taiwan, but  there were concerns about Taiwan’s strict and successful rules that might prevent her from the transit required between airports. It turns out that had she chosen the Taiwan route, she would have been sent back to the US. Finally, after many hours of frustration, she contacted a Chinese airline and learned that there were seats available. There were seats left on an April 6 flight from Chicago, not too far from our place in Wisconsin, and four seats left on a Thursday flight from Vancouver. She feared that the convenient Chicago flight would be too late. So on Tuesday, she booked a very expensive flight — the most expensive flight we have ever purchased, about $3000  for an economy seat — for that Thursday Vancouver-Shanghai flight, and had to buy additional tickets on other airlines to get to Vancouver, which required leaving Wisconsin early the next morning.

This whole time I was hoping that there would be some announcement coming out that would keep her here, at my side, because my life is quite wrapped around her companionship. She didn’t want me to go for several reasons, including my job, the need to take care of our old house that we just moved back into, the need to help family with some of their challenges here. That all made sense. It was losing her to China for the next 3 months that didn’t make sense to me.

That night, the night before her flights began at 6:15 AM the next morning, she asked me for a priesthood blessing. It was a very emotional time for us. We didn’t want to be apart, but we had important duties that needed to be fulfilled. For me, it felt like sending her off on a mission, with vastly more reluctance and concern than I experienced in sending each of our four sons on missions. When I put my hands on her head and gave her a short blessing, seeking to listen to the Spirit, I felt impressed to talk about the people who needed her there and the many souls she would touch, both in her work and in her fellowship with friends and fellow members of the Church, where she is also definitely needed. I think the blessing was really for me: I saw a much bigger picture in that blessing, and felt at peace that she was doing the right thing and would have the Lord’s help, no matter what happened. But I also recognize that I can’t pick the outcome. We are getting along in years, and this virus could cost one or both of us our lives before we meet again (and I still didn’t even have insurance for the US, just for China, a concern I’ve about got fixed — the Health.gov system completely failed for me and the site’s tech support supervisor could not help: “Sometimes this just happens, sorry!”). But in spite of the fear, I’m at peace and so very proud of her.

I see that China is doing all they can to bring their economy and normal life back online. The risk of disease needs to be weighed against the cost of shutting down education, of impairing health through poverty, of losing the fabric of society that can make life so wonderful in China. Cautious steps to revitalize the nation are under way. Meanwhile, we can also learn from South Korea, Taiwan, Singapore, and Japan, where the virus is being brought under control without shutting down the economy. I believe Asia will rise swiftly from this crisis. And they will need sharp students with good math skills. My wife will be a small part of that.

She was so blessed to be able go. Shortly after she got one of the last tickets from North America to China, China announced a ban on foreigners that went into effect shortly after she landed. Half of the teachers in her large math department ended up being stranded outside of China, unable to return. She is desperately needed at her school. She was also blessed to not have to be quarantined in a government-run facility for two weeks, but has been allowed to do her quarantine in her apartment, with an electronic monitor on the door to ensure she complies with the strict and sensible regulations. She was treated with kindness, and the Communist Party cadre who managed her return to her apartment was very kind and showed her things like how to order groceries and so forth. There are so many kind people in China.

So many things worked together to get her back where she was needed — all counter to my wishes and prayers, but that’s how it often is.

Meanwhile, we both felt greatly blessed to have the time together we have had in the US. Her main hope in coming here, she told me before she left, was to have time to help our pregnant daughter-in-law in our town and to be around to see the new grandson. She did so much to help in the hectic couple of weeks before the baby came. The need for us to help take care of all the other kids was mitigated when the baby was born since our son was then able to begin a much-needed month off of work. Exactly one week after the baby came home with mom and dad, my wife was on the plane back to China. One mission accomplished, another begun.

Last night I participated via Zoom.us with our Shanghai International Branch’s church services. It was wonderful to be there, one of 40 remote connections, and to be able to watch her face during the service as she joined from our apartment. A better view than I normally get sitting on the stand during church. She looked so beautiful! I’m glad she made it back and glad for her school and for China. I wish I could have been with her on that last plane to Shanghai, but look forward to getting her back when she’s completed a vital mission in a place where we both feel she is needed now.

Kudos to China for its progress in controlling the disease. Kudos to Taiwan, Singapore, South Korea, and Japan for your progress as well. Sunday, I joined many Latter-day Saints in fasting and prayer for the Lord’s assistance in helping the world to cope with this crisis, seeking both temporal and spiritual help to make the world a better place and to get over this problem soon.

We may wish to pray for guidance in our lives, pray for our leaders to make wise decisions, pray for blessings to be upon our medical workers (one son and daughter-in-law are doctors, and I’m so proud of them for being able to help heal others — keep medical workers in your prayers), pray for those seeking innovative solutions, pray for those who have lost jobs and businesses that they may have hope and that the economy may revive to lift the burden of poverty on some many. (Poverty kills in so many ways, whether it’s missed cancer diagnosis, inadequate health care in general, poor nutrition, unsafe housing, unsafe cars, depression and suicide, etc. — these hidden tragedies may not have been considered in decisions to shut down so much of our economy.)

We need so much guidance from above!

Beautifully expressed! So vital to understand! Thank you.

Many thanks for your courageous service and your hope-filled words.