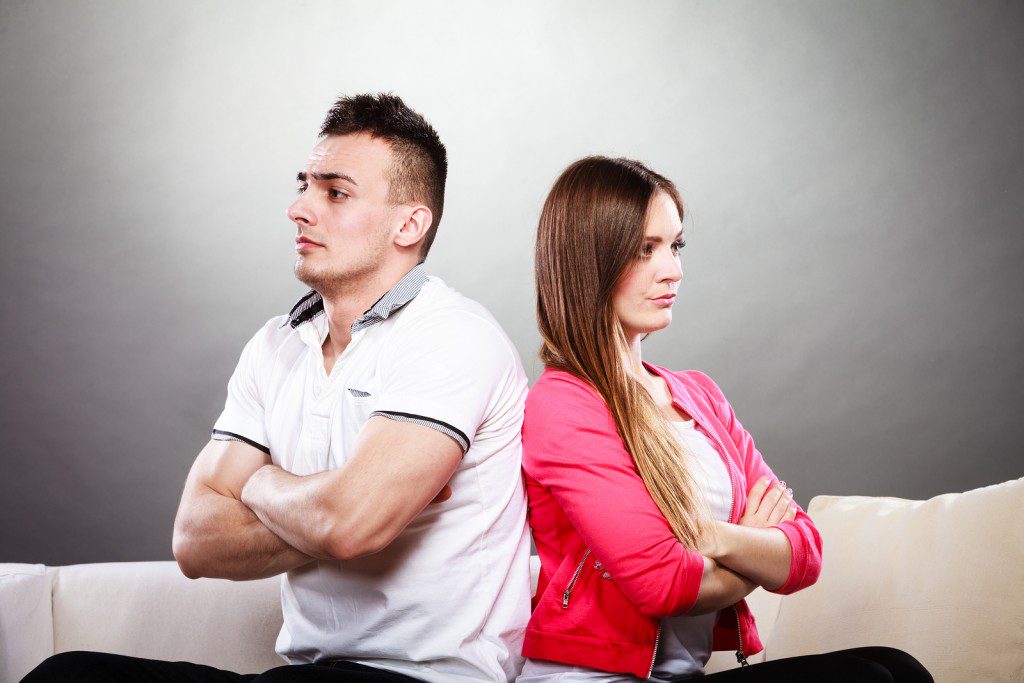 The Keys to Disagreeing Agreeably

There is a scene in the movie Elf, where Buddy argues with the manager of the Gimbels’ toy department.

The disagreement reminds me of the way some married couples fight. Both parties insist they are right, they just reiterate their point of view over and over again, neither is interested in hearing the other’s point of view and the argument goes around in circles.

There are lots of rules of “fair fighting” in family therapy. But the term “fighting” is not an accurate word to use in describing what happens in a “fair fight.” In a fight, two parties are not at all interested in the other person’s point of view, nor or they interested in compromise, or peaceful resolution. In a fight, there are only winners and losers, and both sides want to win. They want their version of a bill to pass, their cause to win, their agenda to be universally accepted.

In family therapy, our objective is not to create winners and losers. Our objective is to create understanding, acceptance and harmony between two parties. Even though the term “Fair Fighting” is alliterative and catchy, what we really seek is an agreeable disagreement. We want people to get along, respect a different point of view and find a way to live in harmony together. I’m going to list some of the rules for disagreeing agreeably but if you want to research this topic on-line you’ll have to Google “fair fighting.”

It may sound like I’m stating the obvious but often people have no desire to get along. I see this often with divorcing couples. Their objective is to make one another’s life as miserable as possible. They want to punish/pay back for what they feel is a grave wrong. They don’t want harmony, they want their “ex” to hurt. There are formulas for being as punitive as possible. However in following these formulas the avenger never feels quite avenged. He just stays miserable. It’s a lot more satisfying to follow a formula for getting along.

Harville Hendrix, the founder of Imago Relationship Theory, says people need to realize that “there are legitimate differences and they understand that they don’t live in each other’s brains.” It is an act of respect to trust that your opponent is in charge of his own feelings. If a husband says he’s full, he’s full. You can’t say, “No you’re not, have more to eat.” If a wife says, “I’m cold,” the husband can’t say, “No you’re not it’s steaming in here.” People can legitimately see things differently, and feel things differently. It doesn’t mean they are wrong. It means they are different.

This is fundamental in disagreeing agreeably. Couples in conflict may threaten divorce. “Threatening to leave the relationship is manipulative and hurtful,” says Dr. Nathan Cobb a psychologist from Canada. “It undermines your ability to resolve your issues.” Threatening to sue, threatening to “ruin you,” turns a disagreement into a war. Trust disappears entirely and makes it virtually impossible to resolve issues amicably.

You have all heard what happens when you take the word a-s-s-u-m-e and divide it into three parts. Assumptions are arrogant, and narrow-minded. To imagine that you know what you could not possibly know is ludicrous. Check out any questions or theories you might have with someone or many ones who can broaden your perspective and provide a more realistic view.

You may successfully silence your spouse/partner/friend/colleague by bringing up an entirely different issue, wherein they actually have a weakness. But that doesn’t do anything to help solve the current disagreement. That just makes communicating unsafe.   It is especially important to resist bringing up faults that were revealed to you in a trusting environment.

Although there are many more guidelines specifically intended for couples in a relationship, these listed guidelines can apply to any two parties that want to get along despite their differences.

Couples, friends, political parties, the religious and non-religious, any who disagree about an issue, can avoid going around in circles when they follow the rules of disagreeing agreeably.

The Beauty of Disagreeing Agreeably

One of my best friends is extremely liberal and we have voted for opposite parties in presidential elections for the past twenty years. One day we were discussing social welfare. I expressed my point of view: when we give people something for nothing it creates dependency and destroys their incentive to become self-sufficient. She expressed her point of view: while that does happen, she is so concerned about those who are in need that she would rather err on the side of caution. She made an excellent point.

We both agreed that government needs to do a better job of distinguishing those who cannot help themselves from those who can so we don’t enable dependency and at the same time we don’t abandon the truly needy.

When people truly listen to one another, and try to understand one another, often they discover they agree more than they disagree.

JeaNette Goates Smith is a Licensed Mental Health Counselor and a Licensed Marriage and Family Therapist in Jacksonville, Florida. She has been in practice for 21 years and has written four books about relationships available on www.amazon.com.