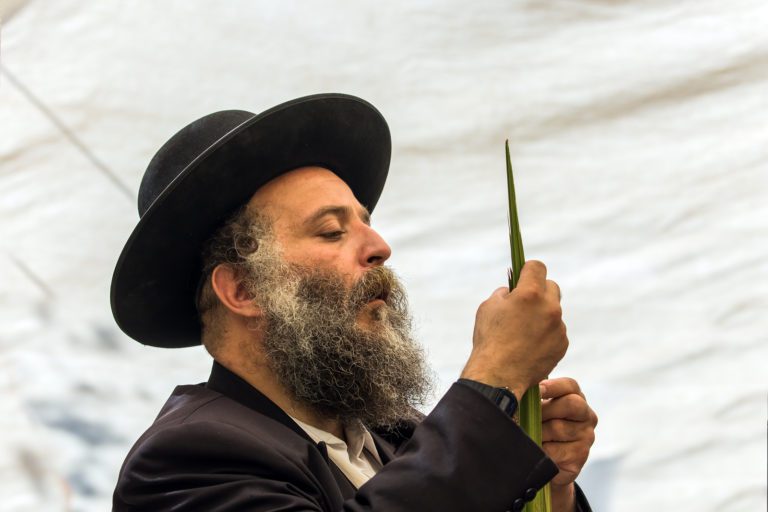 An excerpt from Gathered in One: How the Book of Mormon Counters Anti-Semitism in the New Testament by Bradley J. Kramer.

Very soon after fleeing Jerusalem, Lehi is described as dwelling in a tent (1 Ne. 2:15). Not only is he initially said to have “pitched his tent in a valley by the side of a river of water” (v. 6), but his tent quickly becomes the center of activity for the family. It is where Nephi goes after he speaks to the Lord and where he receives an assignment to procure the brass plates (3:1-4). It is where he and his brothers return to after they have completed this assignment (4:38) and where the joy of their mother and father is said to be full (5:7). It is also where Nephi and his brothers receive another assignment, this time to retrieve Ishmael and his family from Jerusalem (7:2), and it is where that they must bring them (v.5).

Such an emphasis on Lehi’s tent may mystify some readers. However, to anyone steeped in Jewish tradition, this emphasis resonates remarkably with Sukkot, especially given the Mosaic events that precede it. Sukkot, after all, occurs five days after Yom Kippur, and dwelling in temporary shelters, such as tents, is central to how it is celebrated. As Rabbi Donin explains, the name Sukkot, also spelled Succot or Succoth, “refers to the temporary dwelling places used by the children of Israel in the desert during the forty-year period of wandering following the exodus from Egypt.”[1] During this festival, traditionally observant Jews construct makeshift huts or booths and live in them for a week, as commanded in Leviticus:

However, not only are the repeated references to Lehi’s tent consistent with Sukkot, but Lehi’s actions while dwelling within his tent are also consonant with one of the central purposes of this festival: to reenact Israel’s wanderings in the wilderness. Here, much like Moses in that wilderness, Lehi gives thanks to God for his family’s deliverance (1 Ne. 2:7; 5:9; Ex. 15:1-19), blesses in his children (1 Ne. 2:9-10; Deut. 33:1-25), speaks to them “with power” (1 Ne. 2:14; Ex. 4:1-12), and reviews the story of how the ancient children of Israel “were also led out of captivity” (1 Ne. 5:15; Deut. 11:1-5). Indeed, Lehi fills the role of Moses so well that he almost seems like a reincarnation of Judaism’s ancient lawgiver.

One of the main purposes of reenacting the Exodus during Sukkot, according to Rabbi Donin, is to identify with and learn from this experience, particularly the need to trust God and rely on his protection.[2] And this lesson is not lost on Nephi. For example, when Nephi sees his brothers’ behavior, he blames it immediately on a Pharaoh-like “hardness of their hearts” (1 Ne. 2:18; Ex. 16:7-8). Furthermore, when it looks like he and his brothers may not be able to complete a task their father had given them from his tent, Nephi points out the similarity of their situation with that of children of Israel and looks to Moses’s dividing of the Red Sea for inspiration. As he says to his brothers:

Therefore let us go up; let us be strong like unto Moses; for he truly spake unto the waters of the Red Sea and they divided hither and thither, and our fathers came through, out of captivity, on dry ground, and the armies of Pharaoh did follow and were drowned in the waters of the Red Sea. Now behold ye know that this is true; and ye also know that an angel hath spoken unto you; wherefore can ye doubt? Let us go up; the Lord is able to deliver us, even as our fathers, and to destroy Laban, even as the Egyptians. (1 Ne. 4:2-30)

In this way, the Exodus story dominates this section of the Book of Mormon just as it controls Sukkot, and it does so in practical, realistic, positive terms.

Another purpose of celebrating Sukkot, according to Rabbi Robinson, is to understand one’s dependence upon God and to give thanks to God for His blessings. As Robinson writes, Sukkot demonstrates how reliant Israel remains on “the will of God in a hostile world.”[3] This point was certainly evident during their wanderings in the wilderness—when manna, quail, and water were produced miraculously—and it continues to be manifest in the fruit harvest, an event that coincides with Sukkot and whose success is very much dependent upon the providence of God. This is another reason why the structures customarily constructed on this holiday are fairly flimsy, requiring only three walls and a roof that is made so that “the stars may be visible through it on a clear night.”[4]

These structures then represent the tents the ancient Israelites dwelt in, but they also present their inhabitants with an image of just how fragile human existence is and how dependent they are upon God. According to Robinson, these booths, or sukkot, serve as vivid object lessons, teaching that God alone supplies “true shelter.”[5] Expressing thanks to God for His protection and providence consequently is an important aspect of Sukkot. Along these lines, Sukkot is also known as Chag Ha’asif or the Festival of the Ingathering,[6] and, as a harvest festival, it is also a time for thanking God for his bounty as well. According to Rabbi Donin, Sukkot is a time “when the spirit of thankfulness and gratefulness to the Lord for providing for people’s needs is more naturally forthcoming.”[7] Robinson even goes so far as to describe Sukkot as “a sort of Jewish equivalent of the American Thanksgiving,”[8] for like Thanksgiving, it is a time “to offer an offering made by fire unto the Lord” as an expression of thanks (Lev. 23:33-37).

This thankful purpose is also emphasized while Lehi dwells in a tent. Having left behind “his house, and the land of his inheritance, and his gold, and his silver, and his precious things,” (1 Ne. 2:4), Lehi is in a very vulnerable position. Furthermore, he is living in the wilderness and does not know where he is going or what he is supposed to do. Indeed, one might wonder what exactly Lehi has to be thankful for. Nevertheless, consistent with Sukkot, his time in his tent is marked by sacrificial offerings and expressions of gratitude to God. As Leviticus instructs:

Lehi is therefore not so much rejoicing in the abundant blessings present in his immediate circumstances as he is celebrating a Mosaic holy day that emphasizes how generous God is (or will be) even in the most difficult of circumstances. Little wonder then that Lehi not only offers an offering of thanks when he first reaches the valley of Lemuel (1 Ne. 2:7), but he does so again when his sons return with the plates of brass (5:9), as well as later when Ishmael and his family join him (7:22). Sukkot is a time of giving thanks for all of God’s blessings no matter how small or seemingly insignificant.

Furthermore, Sukkot is not meant to be celebrated alone or with one’s own immediate family. It is a time of sharing one’s blessings with friends, neighbors, even strangers, and, in this way, Lehi’s time in his tent is both consistent with the biblical description of Sukkot, as well as with several later non-biblical customs associated with this festival. Lehi’s sudden interest in inviting Ishmael and his family to join them, for instance, as well as Ishmael’s willingness to do so certainly are examples of revelatory power as well as inspired preparations for creating a new civilization in a far off land. However, they also can be seen as ways of celebrating Sukkot. Sukkot after all, traditionally emphasizes the value of family and friends, another example of God’s bounteous blessings. Therefore it is customary for observant Jews to invite friends and family into their sukkot to share meals and to enjoy time together. As Rabbi Robinson writes, “the rules of hospitality are nowhere more apparent than in the custom of inviting ushpizin/honored guests to partake of the shelter of the sukkah.”[9]

In fact, according to Rabbi Greenberg, guests are considered “stand-ins” for the biblical patriarchs and, in recent years, matriarchs. These are often “those who are needy or who need a sukkah in which to eat.”[10] Such an impulse, compounded with the emphasis on gathering “together all manner of seeds of every kind” (8:1), another Sukkot activity, metaphorically come together in Lehi’s instructions to sons to “return unto the land of Jerusalem, and bring down Ishmael and his family into the wilderness” so “that his sons should take daughters to wife, that they might raise up seed unto the Lord in the land of promise” (7:1). This sense of community as well as continuity seem to be on his mind as Lehi dwells in a tent and is very much consistent with the traditional celebration of Sukkot.

[1] Donin. To Be a Jew: A Guide to Jewish Observance in Contemporary Life, 250

Fabulous comparison of Lehi's tent activities with the most popular Festival of Sukkot or indwelling by those celebrating the 7 day holiday of the Israelites in the wilderness after traveling and receiving the 'Ten Commandments'. Sukkot has also the small booths and the Lulav etc., the egg and the palm. It is a joyous Jewish holiday celebrated by every hebrew-school student and religious Jew. Thank you for magnifying Lehi's religiosity and strict belief's.

I am grateful to have become acquainted with these concepts. Thank you for sharing them.