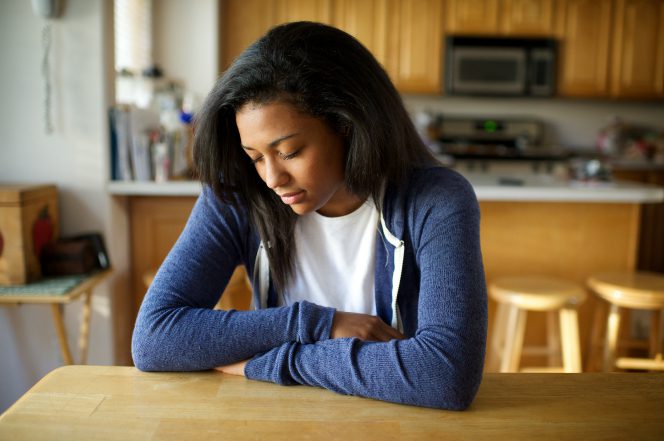 The Importance of Praying Vocally

This article was adapted from chapter 7 of the author’s book, Put off Thy Shoes. The book can be found by following the links at tedgibbons.com.

I kneeled down before my Maker, and I cried unto him in mighty prayer and supplication for mine own soul; and all the day long did I cry unto him; yea, and when the night came I did still raise my voice high that it reached the heavens. (Enos 1:4.)

“I Will Lift Up My Voice”

Joseph Smith described the religious controversy in his region as a “war of words and tumult of opinions.” (Joseph Smith–History 1:10.) He wanted desperately to know the truth, but he did not know how to find it. When it was evident that there was no other place to go, he made the decision to follow the counsel of James and ask God which of all the churches was true. It is meaningful to note that when Joseph offered this heartfelt plea for light and direction, for the first time in his life, he prayed out loud.

It was on the morning of a beautiful, clear day, early in the spring of eighteen hundred and twenty. It was the first time in my life that I had made such an attempt, for amidst all my anxieties I had never as yet made the attempt to pray vocally. (Joseph Smith–History 1:14, emphasis added.)

Praying vocally should be an important part of our association with our Father in Heaven. Most personal prayers, at least among those with whom I am acquainted, are secret, silent prayers. There are advantages to praying in this way. No one is disturbed. Sensitive concerns can be communicated. Such prayers can be offered at any time and in any place.

Obviously, secret prayer is necessary in many cases where it is awkward or infeasible to pray vocally. So, if we are in a social or a business setting and need comfort or direction, a resort to secret prayer is often our only alternative. (Francis M. Gibbons, “The Dual Aspects of Prayer,” Ensign, Nov. 1991, 78.)

In this same sermon, Elder Gibbons suggests another reason for silent prayer:

But a more significant reason for praying secretly is found in the D&C, section 6, where it is written, “Yea, I tell thee, that thou mayest know that there is none else save God that knowest thy thoughts and the intents of thy heart.” (D&C 6:16..)

. . . God has provided a channel of communication between him and his children on earth that Satan, our common enemy, cannot invade. This is the channel of secret prayer. The significance of this to the Latter-day Saint is profound, for by this means we are able to communicate with our Heavenly Father in secrecy, confident that the adversary cannot intrude.

Nevertheless, a careful reading of the Book of Mormon makes a strong case for vocal prayers. Without question, most of the prayers of the Book in Mormon are vocal. Consider these scriptures:

Nearly one hundred times in the Book of Mormon some form of the verb “to cry” is used to denote prayer. A “cry” is usually vocal. Amulek indicates this in his stirring sermon on prayer when he counsels: “And when you do not cry unto the Lord, let your hearts be full, drawn out in prayer unto him continually.” (Alma 34:27), emphasis added.) In other words, when we cannot pray vocally, we should pray in our hearts.

Prayer is such a privilege—to speak to our Father in Heaven. It was a prayer, a very special prayer, which opened this dispensation! It began with a young man’s first vocal prayer. I hope that not too many of our prayers are silent, even though when we cannot pray vocally, it is good to offer a silent prayer in our hearts and in our minds. (President Spencer W. Kimball, Conference Report, October 1979, p. 4, emphasis added.)

From the experience of the people of Alma at Helam comes this episode. The Nephites who had been baptized at the Waters of Mormon and who had settled at Helam were placed in bondage by the Lamanites. (See Mosiah 18, 23, 24.) Amulon, Alma’s former colleague and present enemy, was made king over the people of Alma, and he made their lives miserable. He “exercised authority over them, and put tasks upon them, and put taskmasters over them.” (Mosiah 24:9.)

And it came to pass that so great were their afflictions that they began to cry mightily to God.

And Amulon commanded them that they should stop their cries; and he put guards over them to watch them, that whosoever should be found calling upon God should be put to death. (Mosiah 24:10, 11.)

In the bitterness of his apostasy, Amulon installed the death penalty for vocal prayer. Therefore:

Alma and his people did not raise their voices to the Lord their God, but did pour out their hearts to him; and he did know the thoughts of their hearts. (Mosiah 24: 25.)

Since they could not pray aloud, they prayed in their hearts. The Lord responded,

An account of a similar incident comes from the massacre at Haun’s Mill in 1838. About nineteen men and boys were killed in the attack on a small Mormon settlement by a mob of Missouri settlers. Fifteen others were wounded. The mob, before leaving, “pillaged the village and robbed the dead of their boots, clothing, and valuables.” When they left the mill “they dragged with them horses, wagons, cows, and property of nearly every description belonging to the settlement.” (Joseph Smith and the Restoration, Ivan J. Barrett, 1968, p. 330.)

A few days following the attack, some of the mob returned. According to members of this group of rabble, they “lived fat, too,” feasting on the remaining cattle and hogs that should have sustained the surviving widows and orphans, as well as the wounded. (Joseph Smith and the Restoration, Ivan J. Barrett, 1968, p. 330.)

Like the people of Alma, these unfortunate victims found their only solace in prayer, and the widows vented their feelings in heartfelt appeals to their Heavenly Father. (Assorted Gems of Priceless Value, N.B. Lundwall, p. 97.) And, like Amulon, two thousand years earlier, the mobbers responded with death threats.

One of the mob delivered the warning, “The captain [Captain Comstock] says if you women don’t stop your damn praying, he will send down a posse and kill every damn one of you!” Prayers and cries were hushed as women, fearful for their lives, spoke to their Creator in the silence of their hearts.

But for at least one, this terrified silence was a shame and humiliation. Amanda Smith longed to hear her own voice raised in prayer. One morning, as the day began, she slipped into a nearby cornfield, crawled into a shock of corn, and raised her “voice high that it reached the heavens.” (Enos 1:4.)

As she left her sanctuary a voice spoke to her, repeating the following words from the hymn “How Firm a Foundation”:

That soul who on Jesus hath leaned for repose,
I cannot, I will not desert to its foes;
That soul, though all hell shall endeavor to shake,
I’ll never, no never, no never forsake!

From that moment on, she was at peace. (Assorted Gems of Priceless Value, N.B. Lundwall, p. 97.)

Pray out loud as often as possible. The vocalization of prayers helps focus thoughts, and keeps the mind from wandering. Finding a place where prayers can be offered aloud will enable a person to avoid the distractions of places where people might interrupt. And as we hear our words with our ears, our faith that God will hear us with his ears will be increased.

This article was adapted from chapter 7 of the author’s book, Put off Thy Shoes. The book can be found by following the links at tedgibbons.com.

Joseph Smith said, "those who have bodies have power of those who do not". When we pray out loud we are using our bodies in a powerful way and as a result, we claim our power! Words are the beginning of the creation process. God spoke and everything changed. Speaking our words, praying out loud is a great way to change our world.

I have wondered about this myself. However, I have decided that Satan knows most of my problems anyway, and it would not hurt for him to hear them. In addition, I believe that as Satan hears us praying to the Father in the name of the Son he we all realize whom we really worship and perhaps become discouraged, especially if we do it often.