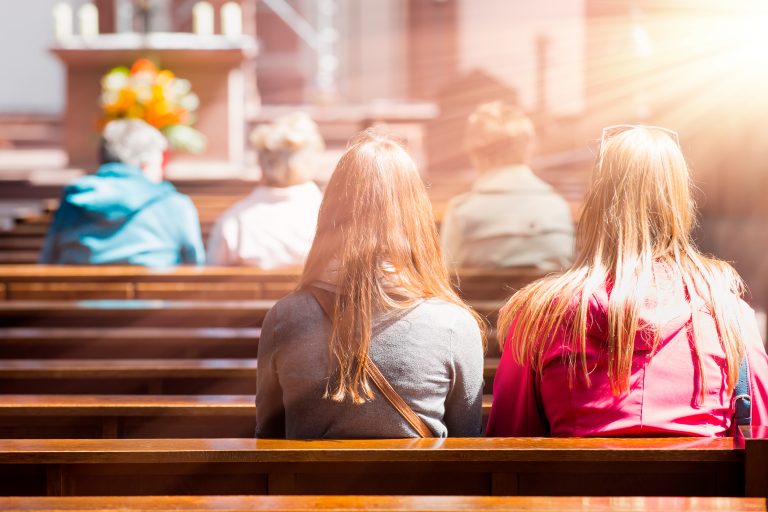 To Those Who Say Religion is for People with Weak Minds

A widespread assumption, especially among North American and European intellectuals, holds that belief in God derives from irrational, immature needs and wishes, whereas atheism or skepticism results from a grown-up, rational, no-nonsense view of the world as it really is.

The most famous and virtually classical statement of this position comes from Sigmund Freud, the founder of psychoanalysis, in his 1927 book “The Future of an Illusion.”  According to Freud, religion is an attempt to cope with our cosmic helplessness by imagining a benevolent father figure in the sky.  The professional wrestler and former Minnesota governor Jesse Ventura put Freud’s point concisely when he flatly announced that religion is for people with weak minds.

Now-retired New York University psychology professor Paul Vitz disputed such notions in his book “Faith of the Fatherless: The Psychology of Atheism,” published in 2000.  For one thing, Vitz contended that Freud’s theory reveals Freud’s own inadequate knowledge in matters of religion.  The pagan faiths of the Mediterranean area, for instance, offered no benevolent father God, and major living religions such as Buddhism and Hinduism lack such a figure.  Furthermore, as Vitz observed, “nowhere did Freud publish a psychoanalysis of the belief in God based on clinical evidence provided by a believing patient.”

In other words, Freud’s doctrine rests not on scientific data, but on relatively provincial preconceptions and anti-religious prejudices.  It flows from his own Jewish background in a predominantly Christian environment.  Moreover—as I’ll mention more fully below—there is massive and growing evidence suggesting that those who lead religious lives tend to be healthier than those who do not, not only physically but psychologically and socially.

In fact, Vitz remarked, the idea that a belief might derive from childish needs or powerful unconscious wishes is a sword that can cut two ways.  If, for example, one accepts the Freudian theory of the so-called “Oedipus complex,” Vitz wrote, one can easily view atheism as “an illusion caused by the Oedipal desire to kill the father (God) and replace him with oneself.”

Indeed, in “Faith of the Fatherless,” he argued that vocal or intense atheism tends to be “generated by the peculiar psychological needs of its advocates.”  Among his examples is a famous French skeptic who thoroughly rejected his father, repudiated his father’s name (Arouet) in order to call himself “Voltaire,” and even wrote a play entitled “Oedipus.”

Vitz proposed what he termed “the defective father hypothesis” as an explanation of atheism.  In an essay on Leonardo da Vinci, Freud remarked that “psychoanalysis, which has taught us the intimate connection between the father complex and belief in God, has shown us that the personal god is logically nothing but an exalted father, and daily demonstrates to us how youthful persons lose their religious belief as soon as the authority of the father breaks down.”

Atheism might, accordingly, be dismissed as a comforting illusion, a belief unworthy of mature minds.  But Vitz (himself an atheist into his late thirties) concluded, simply, that since both believers and unbelievers have psychological reasons for their positions, questions of faith have to be answered on the basis of evidence, not name-calling.  Whatever our relationships with our fathers, we remain free to exercise faith or not to exercise faith.  But we must wonder, with Professor Vitz, how the breakdown of the American family and the weakening of fatherhood will affect our children.  Churches may have yet another reason for concern about these trends.

By just about any measure, though, Western society has grown much more secular in recent decades.  Some voices welcome and even celebrate this trend, while others lament what they fear is the decline and marginalization of religion.

Not all religions have been losing strength, of course.  Muslim communities have been growing rapidly in Europe and North America through immigration, high birthrates, and conversion.  Moreover, the intensity of Muslim commitment has increased enormously since the 1960s, and, as Christian commitment has waned and nominal Christians have chosen to have fewer children, the relative strength of Islam in the area traditionally known as “Christendom” has soared dramatically.

But the overall trend, particularly in Europe but now increasingly in North America, has been away from religion and religious involvement.  And this should matter, not only to believers concerned about its eternal consequences but to unbelievers who, while they may resist the thought, have long reaped the benefits of living among the faithful.

For one thing, as Harvard University’s Arthur Brooks has conclusively demonstrated, believers give more to charity.  To choose an American example, 91 percent of religious conservatives give to charitable causes, compared to only 67 percent of those who identify themselves as secular liberals.  Those who pray daily are thirty percent more likely to give to charity than people who never pray.  In Europe, too, churchgoers volunteer thirty percent more often, overall, than non-churchgoers.  Even controlling for other factors, 83 percent of religious Americans will volunteer in any given year, while, among secular French people, only 27 percent will.

And religious people aren’t giving only to churches.  They’re far more likely to give food or money to the homeless and to donate blood, and even to return money from a cashier’s mistake or to express empathy for the less fortunate.  It’s fifteen percent more likely that churchgoing Europeans will volunteer for nonreligious charities than that their secular compatriots will.

Moreover, scores of studies have demonstrated that believers live longer, healthier lives.  People who never attend religious services are at the highest risk of early death, while those who attend more than once each week have the lowest such risk.  At age twenty, this translates into a seven-year difference in average life expectancy.  Religious people heal more quickly from serious diseases and surgeries.  Remarkably, too, in victims of HIV four years after diagnosis, those who’ve become religious show noticeably lower rates of disease progression than do their unbelieving fellow-sufferers.

In addition, as many studies have shown, religious people tend to be much happier and more satisfied than the irreligious.  They cope better with crises.  They recover faster from divorce, bereavement, and being fired.  They enjoy higher rates of marital stability and marital satisfaction.  They’re less likely to be depressed, to become alcoholics or drug addicts, to commit suicide, and to commit crimes.  Elderly religious people are much less likely to be depressed, and, even if they are, to be less so, than their unbelieving counterparts.

As Harvard’s Robert Putnam expressed it in 2000 in his notable book “Bowling Alone: The Collapse and Revival of American Community,” believing churchgoers are “much more likely than other persons to visit friends, to entertain at home, to attend club meetings, and to belong to sports groups; professional and academic societies; school service groups; youth groups; service clubs; hobby or garden clubs; literary, art, discussion, and study groups; school fraternities and sororities; farm organizations; political clubs; nationality groups; and other miscellaneous groups.”

“So,” asked Mary Eberstadt in her important 2013 book “How the West Really Lost God,” “is it in society’s interest to encourage Christian practice?”  And she provided her own response.  “The answer is: only so far as it is in society’s interest to encourage quality of life, enhanced health, happiness, coping, less crime, less depression, and other such benefits associated with religious involvement.”

To the extent that weakened religious belief no longer inspires charity, governments will need to assume that role.  To the extent that religion no longer reduces crime and addiction, our societies and economies will suffer and governmental force will need to step into the breach.  To the degree that religion no longer mitigates depression and illness in the elderly, governments will face that challenge directly.  And if families continue to fragment and shrink—it so happens that religious belief also provably encourages family formation and durability—they’ll do so with ever dwindling resources.  Unless, of course, they opt to tax their citizens in order to deal with it, which will do further social and economic damage.

Some American secularists increasingly question whether churches should enjoy tax exemption.  Perhaps they should ask, instead, how the state can more effectively support and nurture such useful private institutions.  As Voltaire himself famously said, “If God did not exist, it would be necessary to invent him.”  A fierce and acerbic critic of the Roman Catholic Church in his day, even he recognized the value to society of religious belief.