The Friendly Cow at it Again | Meridian Magazine 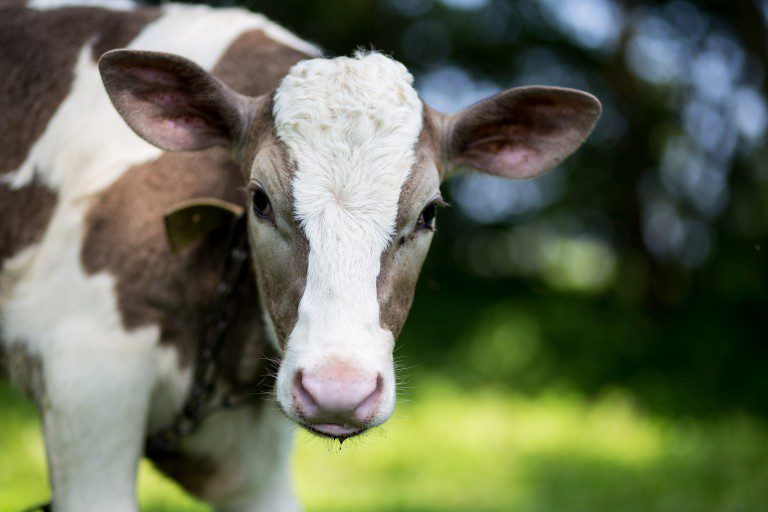 The Friendly Cow at it Again

Our cow, Leah, demanded to be petted. Justin, our daughter’s friend, learned that when he came out to fish in our pond. Leah chased him until she had him cornered. I arrived just in time to pet her and save him. I explained to him that Leah was just being friendly and wanted him to scratch her ears.

“What would she do if a person doesn’t scratch her ears?” Justin asked.

“When I didn’t, she shoved her head in my back and pushed until she had me pinned against the barn wall,” I replied.

I locked Leah in a pasture away from the pond so Justin could fish in peace.

A couple of days later, Justin called and asked if he could bring a roommate and go fishing again.

“Sure,” I replied. “Just let me know ahead of time so I can lock Leah out of the pond area.”

Justin and his roommate did come fishing. I wasn’t home when they came, nor did I worry about them. I had shown Justin how to lead her into the pasture and how to secure the gate. I figured that Justin could take care of things if he needed to.

A few days after he came fishing, my daughter informed me that there was a video she had on her phone that I needed to watch.

“It’s Justin and his roommate fishing,” she replied.

“Did they pull out some big ones?”

She laughed, and said, “You’ll just have to watch it. Justin didn’t tell his roommate everything about Leah. He just said if she came up close it didn’t matter because she was friendly and wouldn’t hurt anyone.”

My daughter turned on the video, and we watched it.

The roommate climbed through the fence in by the pond. He walked over to the fishing area. Leah, seeing someone whom she thought had a duty to pet her, immediately came over. Justin had told his roommate not to run, or Leah would give chase. That was the mistake Justin made when he first came. But the roommate didn’t run. He just started fishing.

He didn’t run, but he also didn’t scratch Leah’s ears, so she moved in closer. As he kept fishing, she kept moving closer, but he didn’t take the hint. Finally, she had her head right against his back. But the roommate didn’t know she expected him to pet her, so he tried to push her away with one hand while he held the fishing pole with the other.

Leah must have decided it was time to show this stranger she meant business, so she bunted him with her head, sending him flying into the pond. At this point, the camera jiggles a lot and moves closer as Justin is apparently laughing and walking to the pond. But after a moment of the camera recording the roommate trying to pull himself from the water, the camera suddenly goes upward, and all a person can see is the sky. Then, after a brief moment, the video ends.

“What happened at the end?” I asked.

My daughter laughed. “Justin had planned all of this, thinking Leah might push his roommate into the pond. But the one thing he didn’t remember in his calculations was that Leah was still there. After he came up to laugh at his roommate and film him in the water, Leah decided Justin should pet her. But he was too busy to pet her, so she shoved him in the pond, too. Luckily he was able to hold his phone up out of the water.”

At least Leah was equal in her ear-scratching expectations.

I used to go out and "walk with the cows home" on my Grandma & Grandpa's farm in Minnesota. I loved all those cows. One summer when I was about 6 my cousin came to visit & went with me to "walk the cows home", but he was scared of the cows & climbed a tree. I left him there & continued on home with the cows. I still don't remember what I did, but I think my older sister had to go & "rescue him from the cows".

This makes me really miss my early years on the farm. Farm life keeps you humble. At least it does for me. Love your stories.