The Equality Act: Devastating for Women and Children | Meridian Magazine 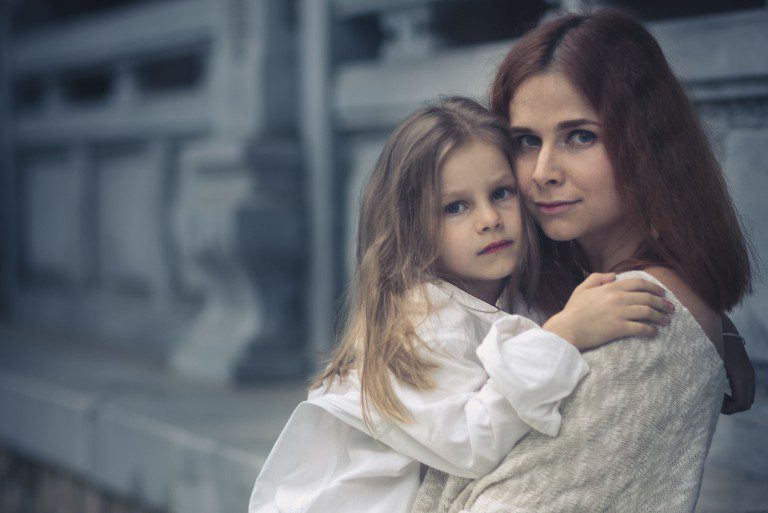 The Equality Act: Devastating for Women and Children

On Tuesday, April 2, 2019, the House Judiciary Committee held a full committee hearing on HR5, the Equality Act. Sponsors and supporters of the act claim that it will extend civil rights protections based on sex, sexual orientation and gender identity. The Equality Act, however, does nothing more than make use of an ideal – equality – that is widely and reverently held, and uses it to strip women, parents and religious adherents of fundamental rights. In addition, it ignores science and biology in favor of a political agenda that is doing real and lasting harm to children. If this bill passes, it will turn our society upside down.

What is the Equality Act

The Equality Act amends the Civil Rights Act of 1964, the Fair Housing Act, the Equal Credit Opportunity Act, the Jury Selection and Services Act, and laws regarding employment with the federal government by adding sex, sexual orientation and gender identity as a protective characteristic. The Civil Rights Act outlawed discrimination based on  race, color, religion, sex, or national origin and prohibited unequal application of voter registration requirements, and racial segregation in schools, employment, and public accommodations. HR5 redefines the meaning of “sex” to include sexual orientation and gender identity.

Because the American people rightly care about fairness and the ability of all people, including LGBT individuals, to be fairly treated in the workplace, in procuring housing, in financial dealings, and in having the ability to be a contributing citizens and members of communities, the Equality Act appears to do no more than guarantee rights most people take for granted. Something that most of us agree is only fair. But when we dig into the actual language of the bill, we see that the act is a wolf in sheep’s clothing, harming religious freedom, speech, conscience protections, children and women’s rights and protected spaces. This article will focus on just the harm to women and women’s rights.

During last week’s hearing, Representative Doug Collins, the ranking member of the House Judiciary Committee, made the following comment regarding HR5:

“HR5 nullifies women and girls as a coherent legal category worthy of legal protection. It ignores fairness and denies science. It exploits stereotypes. Women and children are the collateral damage of HR5.”

The following are some of the ways that HR5 could negatively affect women:

•  Section 4 addresses rules regarding “public facilities.”  The bill states that “an individual shall not be denied access to a shared facility, including a restroom, a locker room, and a dressing room, that is in accordance with the individual’s gender identity.” Interpreting the word “sex” to include “sexual orientation and gender identity” would institute a nationwide transgender bathroom policy – transgender individuals would be free to use the bathrooms of the sex with which they identify, or establishments could just make all bathrooms unisex. The worry is not that transwomen would harm biological women, but that sexual predators would take advantage of the law to harm women. Proponents of public accommodations for transgender individuals and publications, such as Time magazine, claim that concerns about sexual predators in women’s spaces is a red herring. They conveniently ignore the multitude of incidents where sexual predators have already taken advantage of these policies and harmed women and girls.

•  Protected spaces such as women’s shelters and sex-segregated facilities such as prisons would be forced to admit biological men that identify as women. Julia Beck, who testified before the committee against the Equality Act, said the following regarding HR5:

“Let me tell you what happens if H.R. 5 passes. Male rapists will go to women’s prisons and will likely assault female inmates, this has already happened in the U.K….Female survivors of rape will be unable to contest male presence in shelters…girls will stay home from school when they have their periods to avoid harassment by boys in mixed-sex toilets; girls and women will no longer have a right to ask for female medical staff or intimate care providers, including elderly or disabled women, who are at serious risk for sexual abuse; female security officers will no longer have the right to refuse to perform pat-down or intimate searches of males who say they’re female, and women undergoing security checks will no longer have the right to refuse having those searches performed by men claiming a feminine identity.”

•  Section 6 of the bill addresses “federal assisted programs” and would force the inclusion of biological men in women’s sporting events and competitions if those programs receive federal funds. This would include primary and secondary school sports as well as public college and university programs. This will affect not only the outcomes of sporting events but also athletic scholarships. This would, in effect, destroy the Title IX civil rights law which was passed to ensure equal opportunities in athletics for women.

Professor Doriane Lambelet Coleman, who also testified against HR5 as it is currently written, said the following:

“If U.S. law changes and we can no longer distinguish females from women with testes for any purpose, we risk not knowing the next Sanya Richards-Ross or the next Allyson Felix [two track and field athletes]…We risk losing the extraordinary value that comes from having women like [tennis player] Serena Williams, [gymnast] Aly Raisman … in our lives and on the medal stand…If they bother to compete, they would be relegated to participants in the game. One prominent trans activist has said that we shouldn’t be concerned that the victories would belong to transgirls or women going forward, because what matters is their liberty to identify and their right to be treated equally throughout society.”

•  All federal programs created to advance women will be compromised, including women-owned federal contract programs, grants and loans.

One goal of the women’s movement was to eliminate sex stereotypes – rigidly defined personality traits, behaviors, outward appearances and occupations. The irony of transactivism is that it enshrines gender stereotypes while dismissing real, biological differences between men and women. Gender identity relies upon “experience, feeling and behavior” to define gender. Transwomen use a stereotypical definition of femininity in describing and presenting themselves.

Any federal law that allows definitions of gender identity that depends upon so-called “gender-related characteristics” enshrines the very stereotypes that women have fought for decades. There are real, meaningful differences between men and women – differences that persist even though a biological man “feels” like a woman, and those differences can’t be erased with hormones and surgery any more than they can be hidden with a dress and heels.

“Sex is a vital characteristic. “Gender” and “identity” are not. Sex can never be changed, but gender changes all the time…This bill defines “gender identity” as “actual or perceived gender-related characteristics.” This is a circular definition, a logical fallacy. There is no way to protect a person on the basis of their “gender identity” without a legitimate definition. Lawmakers across the country will have to consider which mannerisms, hairstyles, occupations, and clothing choices make up one “gender identity” or another. How is this any different from the sex stereotypes that women have been fighting to break free from? How is this not regressive?”

“The concept of gender identity suggests that there’s an essentially female personality or feeling that person can have, but no such thing as a female body. Making gender identity the law will in fact mandate a belief in a “female penis,” or “female testes.”

At one point in the hearing, Sunu Chandy, the legal director of the National Women’s Law Center, and a supporter of HR5, was asked to explain why a transwoman should be allowed to compete against biological women in sporting events. She replied, “Because she [the biological male] is a woman.”

It’s difficult to understand how a woman whose job it is to defend the rights of women can so easily throw female athletes under the bus. Abigail Shrier offers one theory:

“Part of the reason women have been reluctant to object to these incursions into their hard-won rights has to do with embarrassment at acknowledging our biological differences, which some leading feminists have denied for years. But women are biologically different from men, as the chromosomes in every cell of our bodies readily testify. (How absurd that this is necessary to point out.) And one source of many of our physical differences resides in our glands.”

“As long as women had their own safe spaces, such disadvantages never mattered much. But that may soon change.”

The committee hearing on the Equality Act was just the beginning of the process in making this bill a law. It is backed by every Democrat and three Republicans as well as wealthy special interest groups and businesses. While a majority of Americans want to protect the rights of LGBT persons, a slim majority do not believe that the Equality Act is the way to do it. Start now to contact legislators and let them know your opposition to the Equality Act because of the damage it will do to women and children as well as freedom of religion and freedom of speech. You can find the contact information for members of congress here. Members of the House Judiciary Committee are found here.

Voltaire said, “Those who can make you believe absurdities can make you commit atrocities.” The defining of gender identity is an absurdity and the Equality Act, if passed, will be responsible for a multitude of atrocities. We need to stop HR5 now.Learn how you can help strengthen and defend the family at www.unitedfamilies.org.

When the Equal Rights Amendment was being promoted back in the 70's and 80's, we were ridiculed when we said that they were trying to force us to accept unisex bathrooms. I see nothing has changed.

this is called "ripening for destruction."