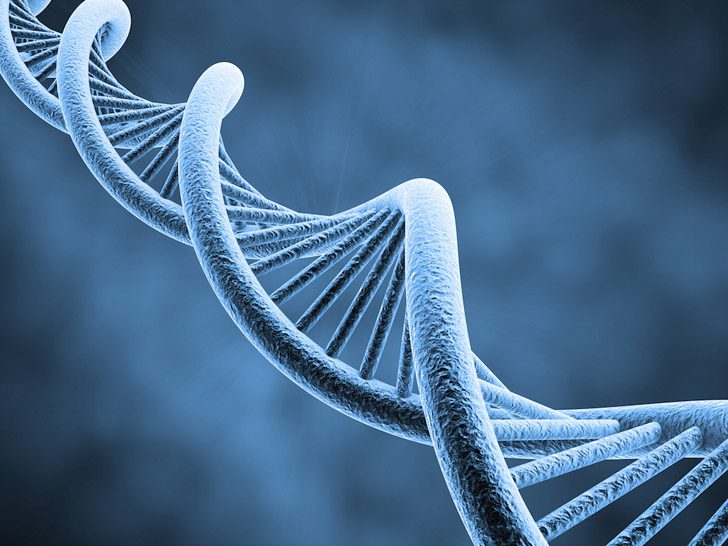 The DNA Challenge to the Book of Mormon that Fizzled

The following series of articles is a fictional dialogue between Shane and Doug, two former missionary companions many years after their missions. Shane writes to his friend Doug who has posted comments about his on-going faith crisis on Facebook. The characters are fictionalized composites of members who have faced these same dilemmas but the issues are based on very real problems which have caused some to stumble. Likewise, the responding arguments are based on the author’s own personal engagement with these same concerns as well as his discussion of these issues with other members who have struggled. (By Michael R. Ash, author of Shaken Faith Syndrome: Strengthening One’s Testimony in the Face of Criticism and Doubt, and Of Faith and Reason: 80 Evidences Supporting the Prophet Joseph Smith, and Director of Media Products for FairMormon.)

Long time, no hear. Life just rolls on and before you know it, several months have gone by. I’m glad that my last letter on Joseph Smith’s seer stone helped you understand a little more about the Book of Mormon translation process.

I was surprised to read that you have some real concerns regarding the supposed DNA evidence against the Book of Mormon until I remembered that these things are all new to you—you’re reading about them for the first time.

You see, a decade ago the DNA issue caused a lot of waves. It was the “hero” of the LDS-critical movement. It was the silver bullet that was going to destroy Mormonism—except it didn’t. Instead of creating a big explosion, it fizzled like an old bottle rocket.

Remember Y2K—when our Gregorian calendar flipped over to the year 2000? I knew people that were really freaked out. I even heard that our old missionary companion, Elder Kay (the really tall guy with the big ears), talked about selling his home and moving somewhere far away from the city and computers. He was seriously worried about what was going to happen when all the digital clocks turned to 2000. As you recall, it was pretty much a big dud. The DNA anti-Book of Mormon argument is the Y2K of the critics’ weapons arsenal. Sounds menacing from a distance, but is feeble when viewed close up.

The problem, of course, is that most members of the Church aren’t DNA experts and haven’t followed the DNA-Book of Mormon arguments. So like you, when they encounter it for the first time in LDS-critical material, it can be quite shocking and can appear to be a solid scientific blow against Mormonism.

As you already know—but to recap so we are clear on the argument—the critics claim that according to science, all ancient DNA in modern Native Americans can be traced back to Asia. There is no ancient Israelite (or “Jewish”) DNA in the blood of Native Americans. This can only mean that there were no Lehites and therefore science has proven the Book of Mormon false.

It sounds like a good argument but it falls apart when we recognize one tiny little detail—that the Lehites were a small group who migrated into a land full of already existing populations. When the Lehites intermingled with these larger populations, their DNA disappeared.

Now initially, the critics argued that this DNA wouldn’t disappear and they tried to show that DNA markers can be detected thousands of years after they were introduced into a population. Well, that’s true, but it’s not always true. It’s a bit more complicated than that.

Most DNA population studies are based on mitochondrial DNA (mtDNA) which is the DNA inherited from the mother. One type of bottle neck can happen when a family has all boys and no girls. All of the kids will get mtDNA from their mom, but only females can pass it on again. If Lehi and Sariah’s daughters would have had only sons, Sariah’s mtDNA marker would have ended very quickly.

Another genetic bottleneck can happen when a large portion of a population dies out quickly—maybe because of war, famine, or disease. The DNA traits of the surviving members of the populations might not accurately represent the diversity of the larger population from which it came. After the Spaniards came to the Americas, for example, up to 80% (or more) of the Native Americans died off because of new diseases that were introduced by the Spaniards. Non-LDS molecular anthropologist Dr. Michael Crawford noted that the Spanish Conquest,

…squeezed the entire Amerindian population through a genetic bottleneck. …This population reduction has forever altered the genetics of the surviving groups, thus complicating any attempts at reconstructing the pre-Columbian genetic structure of most New World groups.[i]

There was a very interesting study done of over 130,000 modern Icelanders. It was discovered that in just over a century many DNA markers had disappeared. Over 86% of modern Icelandic males, for instance, showed genetic descent from just over 26% of the potential male ancestors in the mid to late nineteenth century. Similarly, nearly 92% of modern Icelandic females showed genetic descent from only 22% of the potential female ancestors of the same time frame. In other words, nearly 75% of those people who lived in Iceland in the late nineteenth century (and were part of the family tree for the population’s descendants) did not contribute to the identifiable DNA markers of modern Icelanders.

While the anti-LDS DNA argument made a big splash when it first appeared, it began to stumble very soon thereafter when scholars and scientists were able to show—from the data of non-LDS DNA specialists—that the argument was severely flawed.

Critics reluctantly agreed with the basic LDS scholarly position—that if the Lehites were a small group who mingled with a larger Native American population, that Lehite DNA most likely would have disappeared. In order to salvage the argument, however, critics try to attach the DNA argument to the beliefs (not doctrinal beliefs, mind you) of early Latter-day Saints. Most early Mormons, for example, believed that the Book of Mormon peoples were responsible, entirely, for populating the Americas. Well, if this was true, than the DNA argument would have some teeth (not a full set of teeth, but possibly a few incisors).

By the early twentieth century, however (long before DNA science came on the scene), some LDS leaders and scholars were already moving away from the faulty position that Book of Mormon peoples were the sole progenitors of all Native Americans—a position that is based on an erroneous reading of the text (and this can be a discussion for another time, if you like).

When all is said and done, the facts are that DNA markers can disappear, have disappeared, and that we shouldn’t expect to find Lehite DNA in the genetics of modern Native Americans.

What’s really sad about this particular argument, is that at least a few members left the Church because they felt like the DNA argument was the silver bullet that proved Mormonism false. Do you remember when the Salamander Letter was “discovered” by Mark Hofmann back in the early 1980s? Some people left the Church. About a year after the letter went public, it was discovered that Hofmann forged the letter (along with many other documents). Those people who left the Church over the Salamander Letter as well as those who left over the DNA argument, made decisions based on faulty data.

How sad it would be to discover in the hereafter that you traded your birthright for a bowl of worthless stew. While some arguments may seem convincing now, I personally have found that there is not a single argument which demonstrates that Joseph Smith was a fraud or that the Book of Mormon is a work of fiction.

Sometimes, strengthening our testimonies requires that we jettison past ideas (non-doctrinal ideas) which create potential stumbling blocks. The assumption that the Book of Mormon peoples were the sole progenitors of all modern Native Americans is one of those kinds of assumptions.

When we seek truth and open our minds to new worldviews and information, and are willing to let go of mistaken worldviews and assumptions (line upon line and precept upon precept), we find that not only are there logical answers to all of the challenging questions, but that there are also fascinating evidences which support belief.

[i] Michael Crawford, The Origins of Native Americans: Evidence from Anthropological Genetics (Cambridge: Cambridge University Press, 1998), quoted in Ugo Perego, “The Book of Mormon and the Origin of Native Americans from a Maternally Inherited DNA Standpoint,” at https://www.fairlds.org/authors/perego-ugo/the-book-of-mormon-and-the-origin-of-native-americans-from-a-maternally-inherited-dna-standpoint

I've only recently been reading and educating myself on the supporting science of the Book of Mormon, and I am not at all as versed in these matters as the rest of you, but I must say I feel very blessed to be among the faithful here. My own education was in sales (cars) so it is very helpful to be able to read articles and comments from my brothers and sisters who have been able to stomach the so-called "science" enough to share that understanding with folks like me. I know the Book of Mormon is true, and can always work backwards from there when it comes to confusing topics like science, politics, economics, foreign policy, civil liberties, and civic duty. Bless you all.

@Porter, you're so right! My favorite thing about the failed attempt of the PhD scientists to discredit the literal historical accuracy of the Book of Mormon, is how they say there's only a one-in-five-hundred-trillion chance that genetic drift or bottlenecking could cause Lehite DNA to disappear from the north and south american continents. Frankly this is pathetic. I believe in a God of miracles who knows a lot more about science than these vain college professors. Those odds are a joke for a God powerful enough to save a sinner like me. Am I right?