“The Death of the Prophets”: Wilford Woodruff’s Account of the Martyrdom of Joseph and Hyrum Smith | Meridian Magazine 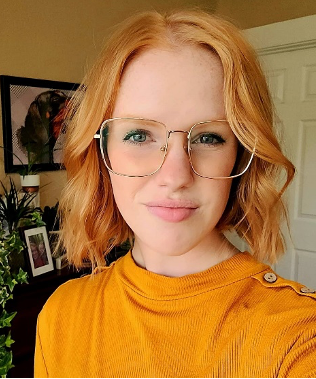 Then shall they deliver you up to be afflicted, and shall kill you: and ye shall be hated of all nations for my name’s sake. . . But he that shall endure unto the end, the same shall be saved. —Matthew 24:9, 13

Joseph and Hyrum Smith were killed on June 27, 1844, but almost two weeks passed before Wilford Woodruff learned of the martyrdom. It took another week before he allowed himself to feel the loss.

Wilford was serving a mission on the east coast, promoting Joseph Smith’s bid for the presidency of the United States and raising money for the construction of the Nauvoo Temple, when Joseph and Hyrum were murdered in Carthage, Illinois. On July 9, 1844, he recorded that at about 2:00 pm, when he was in Maine about to board a ferry to the Fox Islands:

We obtained the Boston Times of July 9th containing the solumn & awful information of the Death of President Joseph Smith the Prophet Seer & Revelator of the Church of Jesus Christ of Latter Day Saints Also the Death of Hiram Smith his brother the Patriarch of Said Church. They were shot dead in Cartha[ge] jail.[1]

Wilford originally wrote that they were shot “by a company of anti mormons & a guard that Governor Ford placed over them,” but struck out that line and replaced it with, “200 men American citizens painted like Indians.”

After recording the deaths, Wilford wrote about the question on everyone’s mind: would the Latter-day Saints retaliate? He explained,

great excitement Prevailed & it was expected that the Nauvoo Legion would be exasperated & avenge their blood, by rushing to battle against the Governor & his guard that was camped 7 miles from Nauvoo & also against Carthage & Warsaw & the whole country was rushing to arms & could not tell you whare it would stop.[2]2

Residents of Warsaw, Illinois, worried and expected that Latter-day Saints would react to the deaths of Joseph and Hyrum violently, by attacking nearby non-Mormon residents whom they blamed for their deaths. But to the surprise of many, no aggressive retaliation came from the Saints.

Wilford and his companion, Elbridge Tufts, immediately began to think of their families back in Nauvoo, more than a thousand miles away from them. The two wrote to Tuft’s brother-in-law, Nathan Pinkham, to ask him to take care of their families and help them if people were removing from Nauvoo.[3]

On July 16, 1844, in Boston, Massachusetts, Wilford received a couple of letters, one from Eliza R. Snow and the other from John E. Page, which corroborated what he had read in the newspapers. That same day, he also read some lines from his wife Phebe included in Bathsheba Smith’s letter to her husband George A. Smith. These all “confirmed the death of Joseph & Hyrum Smith [and] gave the whole particulars concerning it.”[4]

Having the martyrdom confirmed by people he knew and trusted forced Wilford to confront his grief. The next day, he recorded a shorter, but intimate, journal entry. He added a line above the entry which explained, “I have never shed a tear since I heard of the death of the prophets untill this morning but my whole soul has felt nerved up like steel.” He then wrote,

Elder B. Young arived in Boston this morning I walked with him to 57 Temple st and called upon Sister [Vose]. Br Young took the bed and I the big chair, and here I veiled my face and for the first time gave vent to my grief and mourning for the Prophet and Patriarch of the Church Joseph and Hiram Smith who were murdered by a gentile mob, after being bathed by a flood of tears I felt composed.[5]

In the home of a member that he trusted, and in the company of a close friend who knew and loved Joseph and Hyrum as well as he did, Wilford finally grieved. The emotion he had been bottling up for the past week gave way to tears, and he allowed himself to truly mourn the deaths of his dear friends and revered leaders.

At some point, Wilford turned the pages of his journal back to review what he was doing on the day and moment when Joseph and Hyrum were killed. Whether he did this immediately after reading about their deaths or later is unknown, but after Wilford learned the exact time of the martyrdom he added this information to his entry for June 27th. On the side of the page he wrote, “5 oclock 16 m. 23 sec 5 1/2 at Carthage 6 1/2 at [Rochester] in the evening.”

In his original journal entry for that day, he recorded that he spent most of the day with Brigham Young and spent the evening with several other Saints. He also wrote, “I found on my ariveal to Boston [q]uite an excitement through the country concerning affairs in Nauvoo & reagions round about saying that the whole country was rising in arms to exterminate the saints.” But Wilford continued with a reminder that God was in control: “the work is in the hands of God and he will direct all things aright.”[6]

In his edited version of the day, Wilford added information about his memories with Brigham Young: “in the evening we sat together in the depo while Joseph & Hiram were killed. Brother Young was vary sorrowful & pressed in spirit without knowing the cause.” Young’s sudden sorrow while waiting for his train had not seemed significant enough to record on that day, but when Wilford had the benefit of looking back and realizing its implication, he edited his diary to record that now meaningful detail.

At the end of the June 27th entry, he inserted a paragraph about the martyrdom.

At 5 oclock this day the Prophet Joseph & Patriarch Hiram Smith fell. sealed their testimony with their Blood They were murdered to appeas the wrath of a gentile mob as Christ was by a Jewish mob. Peace be to thy ashes, the most glorious resurrection to thy bodies and the American gentile nation answer for thy blood before the bar of God, and the murderers pay the price of the Lords anointed.[7]

He also added several symbols surrounded by a coffin shape, including the initials “J S” and “H S.” Underneath the coffins and initials he drew a small scale, a symbol of justice.

Two days later, on July 18, Orson Hyde, Heber C. Kimball, and Orson Pratt joined Wilford and Brigham in Boston. The five men then sent word “for all the authorities of the church to assemble at Nauvoo for council, by order of the quorum of the Twelve.”[8]

That evening Orson Hyde preached publicly on the martyrdom, basing his remarks on the message in Matthew 24:9-14. Wilford recorded “a brief synopsis,” which took up nearly four pages of his journal. Hyde, like these other members of the Twelve, was not in Nauvoo during the martyrdom, and most of his discourse focused on how prophets are always rejected by their generation and compared Joseph’s death to Christ’s crucifixion.

Hyde noted, “any generation, that has a prophet of God in their midst they see his weakness as touching human nature & the people are watching for iniquity.” Hyde also relayed information about the martyrdom and the events leading up to it, undoubtedly details which he had learned from letters written by those in Nauvoo.

He explained, “The Prophet crossed the river to Iowa & while there he inquired of the Lord what he should do and the Lord told him to return and give himself up he appeared to be aware that he would be slain.” For these Saints, trying to make sense of the death of their Prophet and friend, it was important to know that Joseph had given himself up willingly, perhaps knowing that he was going to lose his life in doing so.

It was also important for these Saints to recognize that the deaths of Joseph and Hyrum were not the end of the work, but that the Gospel would continue to spread and grow. In his sermon, Hyde prophesied, “instead of the work diying it will be like the mustard stock that was ripe that a man undertook to throw out of his [garden] and scattered seed all over it and next year it was nothing but mustard. It will be so by shedding the blood of the prophets it will make 10 Saints whare there is one now.”

After Hyde’s address, Brigham Young spoke briefly, explaining, “when God sends a man to do a work all the devils in hell cannot kill him untill he gets through his work. So with Joseph He prepared all things gave the keys to men on the earth and said I may be soon taken from you.”[9]

After the meeting, Wilford “spent the evening with a brother,” reading the account of the martyrdom in the Nauvoo Neighbor, which he had just received.

In 1854, George A. Smith was appointed Church Historian and Recorder, and two years later, Wilford Woodruff became the Assistant Historian. On June 30, 1856, Wilford wrote a letter to John Taylor, requesting him to “write out an account of all the circumstances . . . from the 20th June 1844 to the date of your return from Carthage to Nauvoo.” It had been twelve years since the martyrdom, and the Saints were far from Nauvoo, but Wilford wanted to make sure they not only remembered the martyrdom but remembered and recorded it accurately.

He wrote a list of questions for Taylor, a man present for Joseph and Hyrum’s final moments, including, “You sang ‘A poor wayfaring man of grief’ at a quarter past 3 pm of the 27th; was it Joseph or Hyrum who requested you to repeat it? . . . Who washed the bodies in Carthage? Who nailed the boards together in which to take the bodies to Nauvoo?” He also included excerpts from several other accounts of the events surrounding the martyrdom, asking Taylor if he could corroborate any of the information in those accounts.[10]

In his memorable October 2009 General Conference address, Elder Jeffrey R. Holland held up the copy of the Book of Mormon that Hyrum read from in 1844 as they started for Carthage Jail. Elder Holland explained, “In this their greatest—and last—hour of need, I ask you: would these men blaspheme before God by continuing to fix their lives, their honor, and their own search for eternal salvation on a book (and by implication a church and a ministry) they had fictitiously created out of whole cloth? . . . They would not do that! They were willing to die rather than deny the divine origin and the eternal truthfulness of the Book of Mormon.”[11]

In the aftermath of the martyrdom, Wilford Woodruff grieved the loss of two men whom he knew and loved. In the years following, Wilford continued to ensure that Joseph and Hyrum’s sacrifice was remembered, and their martyrdom was documented accurately, because he understood that their deaths were an important testament to the authenticity of the Restored Gospel which they brought forth.

Other articles highlighting the writings of Wilford Woodruff can be found at wilfordwoodruffpapers.org/media/articles.

To join one of our transcription teams, please contact us through the volunteer portal at wilfordwoodruffpapers.org/volunteer.

Spelling and punctuation are all true to the original journals.

What a beautiful article about the Lord's anointed and their great sacrifices to bring us the truths of the restored gospel. Blessed be the names of Joseph, Hyrum, John Taylor and Wilford Woodruff, and the prophets, seers and revelators of the Restoration! God be thanked for His love and the devotion of His prophets that bless us so much today! #GiveThanks