The Constitution Should Be Defended, Not Discarded | Meridian Magazine 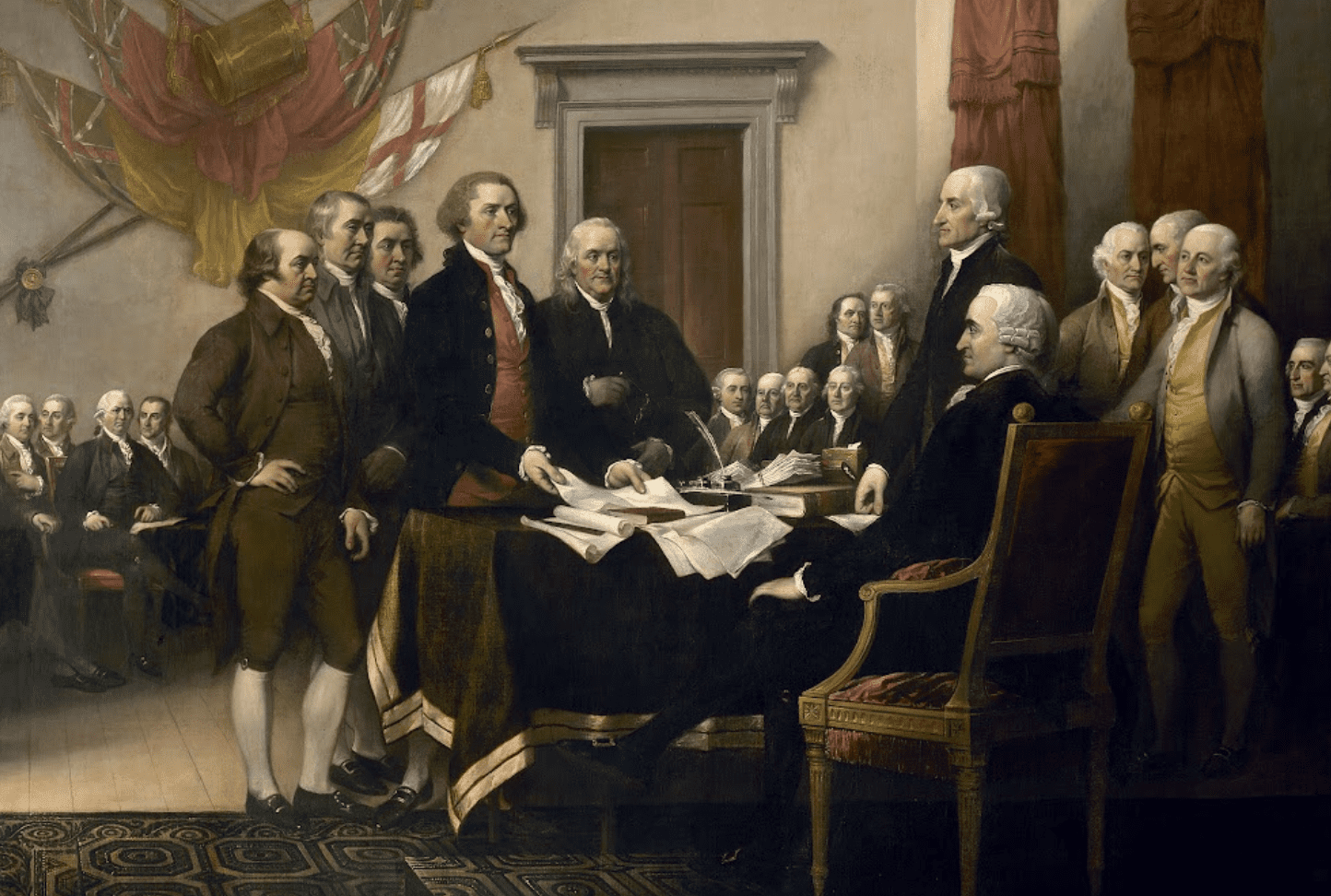 The Constitution Should Be Defended, Not Discarded

Some may dismiss Doerfler and Moyn’s essay as too radical for serious consideration, but I’m not so sure. Doerfler and Moyn are professors at two of the most well-respected law schools in the country (Harvard and Yale, respectively), and their essay was published in one of the country’s most prominent newspapers. I fear their essay reflects a sentiment that is gaining popularity, particularly among young Americans. That’s why I believe those of us who still respect the Constitution should respond to their arguments.

Constitutional constraints: Barrier or blessing? Similar to other progressive thinkers, Doerfler and Moyn characterize the Constitution as subverting the will of the majority while raising concerns that it “demands extraordinary consensus for meaningful progress.” While it is certainly true that the Constitution demands more than a simple majority for certain types of changes to occur, many Americans continue to appreciate this as a valuable feature instead of a bug. After all, changes don’t always represent progress and can sometimes be detrimental. The strict requirements in our Constitution for substantial shifts in our system, then, act as a safeguard against hasty and harmful changes.

In this way, our Constitution prevents today’s simple majority from overturning yesterday’s supermajority (the one that ratified the Constitution). Yet this idea offends many today, who are persuaded that what today’s majority wants must be clearly better than past views—reflecting what C.S. Lewis called “chronological snobbery,” which he defined as “the uncritical acceptance of the intellectual climate of our own age and the assumption that whatever has gone out of date is on that count discredited.”

Doerfler and Moyn’s essay is replete with chronological snobbery. In Doerfler and Moyn’s view, one of the Constitution’s alleged flaws is that it “orient[s] us to the past and misdirect[s] the present into a dispute over what people agreed on once upon a time.” They want Americans to carry out “the constant reinvention of our society under our own power, without the illusion that the past stands in the way.”

While it is possible to focus too much on the past, Doerfler and Moyn have gone too far in the other direction. There are many reasons to believe it’s foolish to dismiss the past as a mere obstacle standing in the way of “the constant reinvention of our society.” We need the wisdom of past generations to help us navigate our own times more effectively.

Inspired and ancient wisdom. I am reminded of the debate that took place between Thomas Paine and Edmund Burke around the time of the American and French Revolutions. Like Doerfler and Moyn, Paine saw little reason to look to the past for guidance. As Paine famously said, “we have it in our power to begin the world over again.” Burke, however, understood that Paine’s approach would cut us off from the wisdom of our ancestors and prevent us from learning the lessons of the past. Rather than revolutionary shifts, Burke argued for slow, incremental reforms that build on the successes of the past. He valued a “disposition to preserve” coupled with “an ability to improve.”

As Burke cautioned, “Men little think how immorally they act in rashly meddling with what they do not understand,” while adding, “Their delusive good intention is no sort of excuse for their presumption.” The English statesman went on to warn against those who “think it amongst their rights to … commit waste on the inheritance, by destroying at their pleasure the whole original fabric of their society; hazarding to leave to those who come after them a ruin instead of a habitation.” We would do well to heed Burke’s wisdom when it comes to the Constitution.

My religious beliefs also caution against making hasty changes to the Constitution based on the whims of contemporary opinion. Latter-day Saint scripture teaches that God “established the Constitution of this land, by the hands of wise men whom [God] raised up unto this very purpose.” This suggests to me that the founding generation had a great deal of wisdom from which we can learn. And requiring significant consensus for changes to occur shows respect for that wisdom.

The principle of Chesterton’s fence is highly relevant to Doerfler and Moyn’s essay. Before going about to destroy the metaphorical “fences” erected by the Constitution, do you see any evidence they really understand their original and intended purposes?

The Constitution is an important safeguard of natural rights. The fact that this may sometimes prevent the majority from getting its way should be celebrated, not lamented. James Madison acknowledged that “the sovereignty of the society” is “vested in and exercisable by the majority,” which “may do any thing that could be rightfully done.” However, “the reserved rights of individuals (of conscience, for example)” are “beyond the legitimate reach of sovereignty.” The Constitution is a critical mechanism through which these “reserved rights” are protected. Latter-day Saint scripture again affirms that the Constitution “should be maintained for the rights and protection of all flesh, according to just and holy principles”

The source of our rights. Of course, not everyone shares this perspective about rights. While nearly everyone agrees that human beings have rights, there is considerable disagreement about what those rights are and—even more importantly—about the source of those rights. Are a person’s rights granted by the government? Or are there natural rights that pre-exist government?

I suspect that Doerfler and Moyn see the government as the source of a person’s rights. Many progressive-leaning thinkers see rights the same way that the progressive academic Frank Goodnow did: “The rights which [an individual] possesses are … conferred upon him, not by his Creator, but rather by the society to which he belongs. What they are is to be determined by the legislative authority in view of the needs of that society.” Therefore, what those rights are is subject to change over time. The amount of individual liberty—religious liberty, for example—that should be given to individuals living in a particular society depends on prevailing social needs, as determined by the legislative authority carrying out the wishes of the majority.

This is directly contrary to what the Founders believed. According to the Declaration of Independence, the purpose of government is to secure “certain unalienable rights,” which all individuals possess in accord with “the Laws of Nature and of Nature’s God.” From this perspective, natural rights are not conferred by the government but by mankind’s Creator.

Protecting individual rights.  Doerfler and Moyn say that in a democracy, “majority rule always must matter most.” This makes sense only if you believe that rights come from the government. However, if you agree with the Founders and believe that there are natural rights that pre-exist government (as I do), then a really important reason to have a constitution is to protect those natural rights from being infringed upon by the majority. As Jonah Goldberg has said, “the fact that the Constitution is hard to change … provides assurance that we will not sacrifice some fundamental liberty in the heat of a given moment.” Majority rule is an important part, but not the only part, of the overall system of ordered liberty that the Constitution sets forth.

Doerfler and Moyn may very well be correct that the Constitution is “inadequate” for today’s challenges. After all, as John Adams said: “Our Constitution was made only for a moral and religious people. It is wholly inadequate to the government of any other.”

However, instead of blaming the Constitution for the very real problems that exist in America today, perhaps we should look inwardly instead. Instead of trying to reclaim America from constitutionalism, perhaps we should focus our efforts on reclaiming a sense of gratitude for the rich heritage that has been bequeathed to us.

Your photo shows the signing of the Declaration, not the Constitution

I agree with this article.