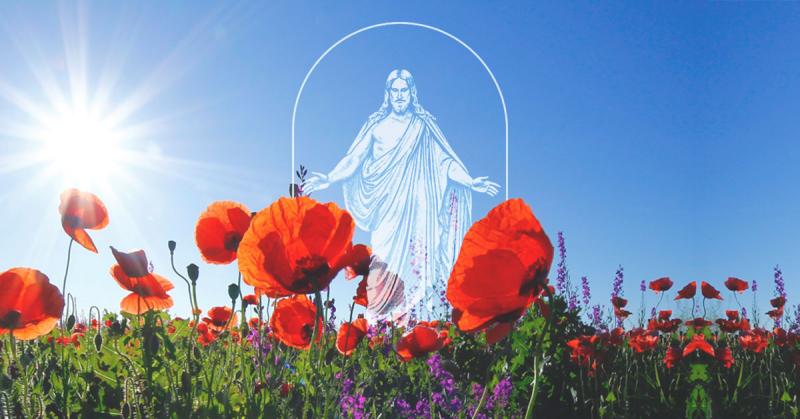 The Book of Mormon Insight into The Church’s New Symbol

We are all indebted to mesoamericanist and BYU faculty member Mark Alan Wright for this remarkable insight. He published it in his 2014 Axes Mundi article in Interpreter and shared it with those of us on his 2015 tour of Guatemala.

Why Did the Savior Emphasize His Risen Body in the Nephite Sacrament?

When the Savior appeared to his disciples and others gathered at the Temple in land Bountiful about a year after his death and resurrection in Jerusalem, he showed them his wounded body, but this time the order of the sacrificial symbols was reversed. The Nephites were invited to first thrust their hands into his side and second feel the prints of the nails in his hands and feet 3 Nephi 11:14, 15. In Mesoamerica, where human sacrifice was often by heart extraction, people would have focused primarily on the wound in his side.

The resurrected Savior bore physical sacrificial symbols meaningful to both his Old and New World followers. He explicitly told the Nephites these symbols would convince them he was “the God of the whole earth” 3 Nephi 11:14.

The magnificent new Church symbol, derived from Bertel Thorvaldsen’s Christus statue in the Church of Our Lady, Copenhagen and McRay Magleby’s 1995 logo design, shows both the wound in the Savior’s side and the prints of the nails in his hands and feet.

A fitting symbol for “the only true and living church upon the face of the whole earth” D&C 1:30.