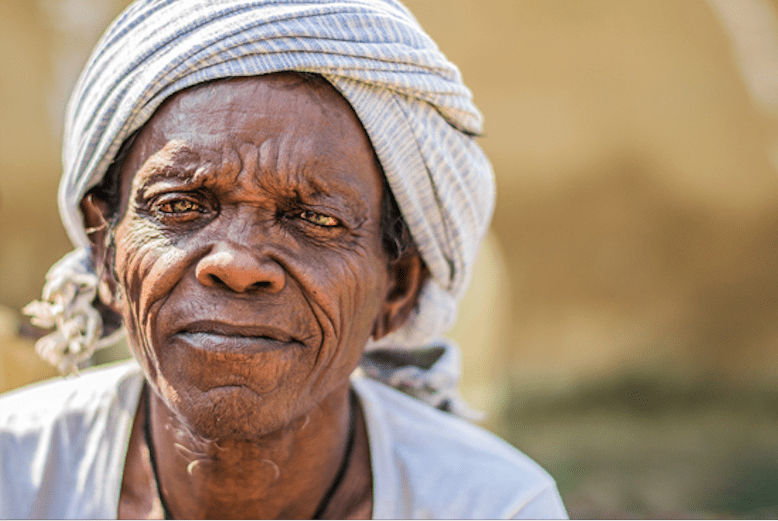 The Best Thing We Can Give Might Not Be a Present

To learn how you can help the efforts of Rising Star Outreach, click here. Cover image via Risingstaroutreach.org.

Padma and I finally arrived at a dusty leprosy colony after hours of travel. As soon as the colony members saw and recognized her, an excited cry went up, Padma is here! Padma is here! The whole colony came running to greet Padma. Everyone seemed to be talking at once. It was cacophony!

Then from the back of the crowd a man yelled out, “Padma, I have a gift for you.” The crowd immediately silenced and parted. I saw a deformed, leprosy-affected man standing there with his hands behind his back and a big grin on his face. Padma looked very surprised. He came towards her, smiling from ear to ear, but tears were running down his face.

When he got to Padma he pulled out from behind his back a rough three-legged stool and handed it to her. At this point Padma, herself, was a little weepy. The members of the leprosy colony started cheering and clapping. I was clueless!! What was going on? The whole colony was very excited to tell Padma that this man had taken out a micro-loan from the Women’s Self-help Group and had become a good carpenter—in fact—a man from another village had come that very day and ordered a bed from him. Imagine—a non-leprosy-affected person asking a person with leprosy to make them a bed! It was an unbelievable turn of events for members of a leprosy colony.

To understand what a big deal this was, you have to know how I came to be in that colony that day with Padma. . .

Not knowing where to begin when we first went to India to help those affected by leprosy, we thought a good place to start would be to take rice and beans to the colonies. The leprosy-affected beggars we saw in the streets were clearly malnourished, many to the point of seeming to be at death’s door. So, it just seemed to make sense to take them food.

They were thrilled to get the rice and beans each time we visited the colonies but it didn’t take us long to figure out that if we fed them today, we had to come back and feed them tomorrow. This put a definite pitiful cap on how much good we would be able to do with our limited funds.

We inherently felt that they needed to be able to support themselves. But how do you go about making that happen? There were so many seemingly insurmountable challenges! First of all, for them to make anything that could be marketed seemed even to be a stretch. Most of them had feet that were affected by the disease and were missing toes, or part of their foot, or even an entire foot was gone. Walking for many of them was impossible or terribly painful at best. How could they travel to get needed supplies to make something to sell?

Most of their hands were also terribly affected by the disease. Many had one or two fingers, or no fingers at all. Some didn’t even have palms. How does someone like that make something?

But what if they could somehow find a way to actually make something or cook something that could be marketed? These people were considered cursed of God, even touching them was thought to be defiling. Would anyone buy something that they had touched? It seemed highly doubtful.

Every time we tried to put forth an idea of starting ways for them to create their own money we were met with dejected responses. They told us they couldn’t do anything, and even if they could, it would be wasted effort because no one would buy it. We seemed to be at a dead end with no solutions in sight. Having no other answers, I prayed for guidance.

Then a remarkable thing happened. One day our two volunteers in India were making our customary delivery of rice and beans to a colony when they noticed a regular woman meeting with some of the ladies from the colony. The colony women seemed fascinated by what she was saying. Our volunteers joined the group and were surprised to discover that she was talking about making small loans so that they could create their own businesses. Amazingly, the patients were actually listening and were interested. One of our volunteers, Rohan, looked at his friend and said, “We need to get this lady in touch with Becky!”

They got the woman’s name and phone number. Her name was Padma Venkataraman. They called her that evening and set up a time to meet with her. When they got together they were stunned to learn that she had been working for years with various leprosy colonies to help them become self-sufficient. She had hundreds of small businesses functioning. Now the Rising Star volunteers were really excited! They gave Padma my name and asked her to call me.

I will never forget that call! I was sitting in my bedroom in Norcross, Georgia when I received a call from India. The person introduced herself as Padma, said she worked with the leprosy-affected and suggested we might want to partner. I was immediately hesitant. As Americans doing charity work in India we were often approached by people wanting to “partner” with us—basically wanting to get their hands on American charitable dollars, so I had learned to be extremely careful.

I had no idea at that point that I was talking to the daughter of the former President of India, Pres. Ramaswamy Venkataraman! I also learned later that Padma had been the permanent Women’s Representative to the U.N. from India for twenty years and had for several of those years been the President of the Council on Women’s Affairs—basically the top woman in the world on Women’s issues! She had years and years of hands-on experience in creating change.

When I sent up my simple prayers for guidance I had no idea that God would send someone like Padma! It was a great reminder of the scriptures that tell us we only need to ask!

Long story short, Padma ended up becoming our partner, and now serves as the Chairman of our Board of Directors in India. Partnering with her has been an incredible gift of God to Rising Star Outreach!

On my next trip to India I could hardly wait to accompany her and see how she was working. She had been doing micro-lending in ten colonies in Tamilnadu. I went with her to meet the people in those colonies and to learn about her program. It was a fascinating education!

That’s how I happened to be with Padma that day. I was going to meet the people that she had already been working with to see how her program worked. Late that afternoon, after we finished our work in that colony and were in the car riding back home again I asked Padma what the “three-legged stool event” was all about. She said, “Oh Becky, when I first came to this colony five years ago, I gathered everyone together to explain my ideas about how they could become self-sufficient. They all gathered and were sitting in the dirt waiting to listen, but then that man (the one with the stool) had interrupted me to ask, ‘Did you bring us any rice?’ I explained that instead of bringing rice, I had brought an idea to share with them that would make them capable of buying their own rice. He scoffed and said, ‘If you didn’t bring rice, what gifts did you bring us?’ I explained that I had only brought them an idea. He instantly stood up and said through clenched teeth ‘If you didn’t bring us any gifts, I’m not interested.’” He began to walk away.

As he started to walk away, Padma called out to him, “Wait! If you’ll just listen, I’ll teach you some principles so that one day YOU could give ME a gift. He spat in the dirt and kept walking. The entire colony walked away with him. Padma was left with only five women.

But she wasn’t to be deterred. She taught them to pool their begging money so that they could make loans to each other. They called the group the “Women’s Self-Help Group.” One by one these five women started little businesses and soon became the wealthiest people in the colony. Instead of earning $15/month as beggars on the street, they were earning up to $100/month with their little businesses.

One by one the other colony members came to join their group and start businesses. The colony began to prosper. Padma told me that this man was the last to join. But there, today, he had met her with the words, “Padma, I have a gift for you!” Her words had become literally true! The pride and joy on his face told it all!

When we reach out to help others, we often erroneously think that we need to give them something. The truth is that the best gift is to give them the capacity to reach out and lift themselves, and then be able to be the one lifting others. This is what truly lifts a person.

We all need to rethink our approach to charity work a little. If Padma had brought this man rice, he would have eaten it and it would be gone. But giving him an opportunity to make something of himself not only gave him a lifetime ability to provide his own rice but was also a catalyst in sparking their community’s outreach to people outside their colony. It was a step to erasing the stigma that dogged all of their lives.

Now in any situation where I’m reaching out to help anyone—instead of thinking, “What should I give them,” I try to think, “How can I empower this person to solve their own problem?” It makes all the difference in the world in what I choose to do and how effective my help can be. It’s a vehicle for people to find true healing. It works in nearly every situation: Visiting Teaching, working with the homeless, helping out a neighbor, even helping my own kids when they struggle. It takes some re-adjusting of our thinking, but the change it creates is well worth the effort!

I lived in Africa for several years. This is spot on. We have to re-evaluate how we do charity, sometimes our 'charitable' acts cause unintentional damage. Brilliant.