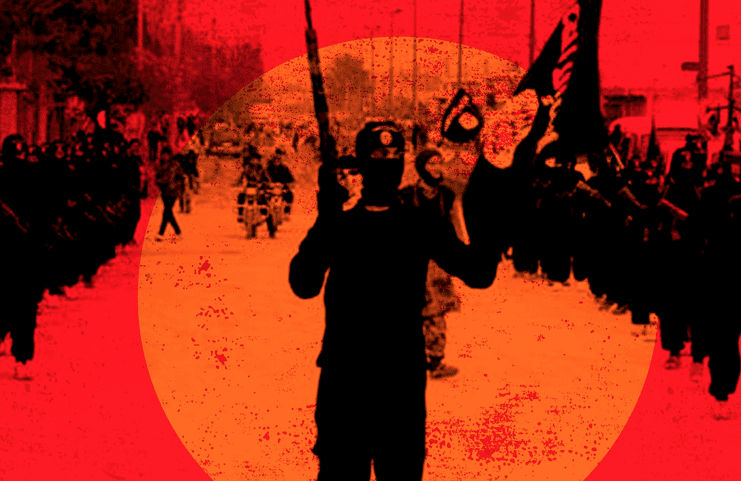 The Atlantic: “What ISIS Really Wants”

The following is an excerpt from an article in The Atlantic. To read the full article, click here.

The Islamic State of Iraq and Syria, commonly known as ISIS is an organization that is being vastly underestimated and widely misunderstood. It is essential to understand its intentions and its methodology in order to have any hope of fighting it. The Atlantic published a very comprehensive study on the reality of ISIS and why it is not just another “collection of psychopaths.”:

Our ignorance of the Islamic State is in some ways understandable: It is a hermit kingdom; few have gone there and returned. [Abu Bakr al-] Baghdadi [current ISIS leader] has spoken on camera only once. But his address, and the Islamic State’s countless other propaganda videos and encyclicals, are online, and the caliphate’s supporters have toiled mightily to make their project knowable. We can gather that their state rejects peace as a matter of principle; that it hungers for genocide; that its religious views make it constitutionally incapable of certain types of change, even if that change might ensure its survival; and that it considers itself a harbinger of—and headline player in—the imminent end of the world.

The Islamic State, also known as the Islamic State of Iraq and al-Sham (ISIS), follows a distinctive variety of Islam whose beliefs about the path to the Day of Judgment matter to its strategy, and can help the West know its enemy and predict its behavior. Its rise to power is less like the triumph of the Muslim Brotherhood in Egypt (a group whose leaders the Islamic State considers apostates) than like the realization of a dystopian alternate reality in which David Koresh or Jim Jones survived to wield absolute power over not just a few hundred people, but some 8 million.

We have misunderstood the nature of the Islamic State in at least two ways. First, we tend to see jihadism as monolithic, and to apply the logic of al‑Qaeda to an organization that has decisively eclipsed it. The Islamic State supporters I spoke with still refer to Osama bin Laden as “Sheikh Osama,” a title of honor. But jihadism has evolved since al-Qaeda’s heyday, from about 1998 to 2003, and many jihadists disdain the group’s priorities and current leadership.

Bin Laden viewed his terrorism as a prologue to a caliphate he did not expect to see in his lifetime. His organization was flexible, operating as a geographically diffuse network of autonomous cells. The Islamic State, by contrast, requires territory to remain legitimate, and a top-down structure to rule it. (Its bureaucracy is divided into civil and military arms, and its territory into provinces.)

We are misled in a second way, by a well-intentioned but dishonest campaign to deny the Islamic State’s medieval religious nature. Peter Bergen, who produced the first interview with bin Laden in 1997, titled his first book Holy War, Inc. in part to acknowledge bin Laden as a creature of the modern secular world. Bin Laden corporatized terror and franchised it out. He requested specific political concessions, such as the withdrawal of U.S. forces from Saudi Arabia. His foot soldiers navigated the modern world confidently. On Mohammad Atta’s last full day of life, he shopped at Walmart and ate dinner at Pizza Hut.

There is a temptation to rehearse this observation—that jihadists are modern secular people, with modern political concerns, wearing medieval religious disguise—and make it fit the Islamic State. In fact, much of what the group does looks nonsensical except in light of a sincere, carefully considered commitment to returning civilization to a seventh-century legal environment, and ultimately to bringing about the apocalypse.