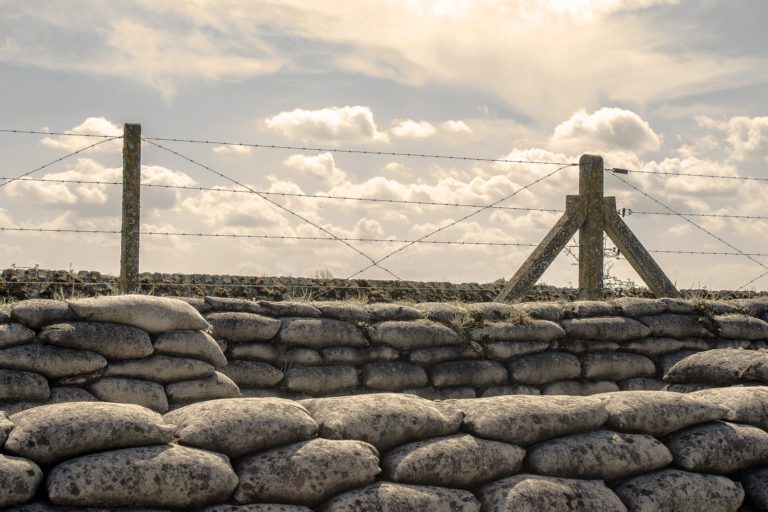 The Arc of History – The Worship of a False God

Russia is on the march again led by a once-humiliated KGB apparatchik determined to recreate the glories and empire of the Soviet Union.

Vladimir Putin took the provinces of South Ossetia and Abkhazia from Georgia in 2008, and the West did nothing. Then, after hearing that a certain leader would be more flexible once past an election, came the annexation of Crimea, and now a gradual conquest of eastern Ukraine. (What cease fire agreement?)

The reaction of President Barack Obama? Putin’s on the wrong side of history.

And not just Putin. Obama sees historical forces in every conflict and those on the wrong side can include ISIS, greedy corporations, Netanyahu, Republicans, and even America under previous administrations.

Seeing history as a force in man’s doings is known as historical determinism – the belief that “events are historically predetermined or currently constrained by various forces.”

Obama embraces this philosophy – things will play out according to the forces of history. Martin Luther King, Jr. once used an old saying, “The arc of the moral universe is long, but it bends toward justice.” Obama uses this same idea but in the context of the arc of history.

Big difference. King knew he had to act and he had hope in the future because God rules and there will be justice. Obama uses the arc-of-history idea as justification that history rules and that things will work out depending upon whether one is on the right side or wrong side of it.

What a soothing thought. No need to do anything (sort of a false understanding of grace applied to politics); just be patient and let history sort things out. Such a worldview explains the hesitation, dithering, and indecisiveness that define this administration.

Someone who speaks repeatedly about the right and wrong side of history obviously believes in historical determinism. Bluntly stated, that person worships a false god.

Such worship rejects God’s great gift of agency – the right to act rather than be acted upon. If historical forces reign, then agency is of no use. If no agency, law has no effect. If no effectual law, then no justice, and if no justice, God ceases to be God. Historical determinism is a brilliant move by Satan.

Let’s get it straight: History can teach us lessons, and people can act on those lessons, but in itself it has no force. It is but a record.

Faith, on the other hand, is the prime mover of the universe as attested by multiple scriptures and Joseph Smith’s Lectures on Faith. It teaches action – that we cannot wish for someone’s good without acting to bring it about, as explained in the second chapter of James:

“If a brother or sister be naked, and destitute of daily food,

And one of you say unto them, Depart in peace, be ye warmed and filled; notwithstanding ye give them not those things which are needful to the body; what doth it profit?

Even so faith, if it hath not works, is dead, being alone.”

Christ’s gospel is a creed of action, of serving others, of solving problems, of feeding the hungry, clothing the naked, ministering to the sick. The worship of history, in contrast, says don’t sweat the small stuff, like wars and famines and beheadings.

Obama’s non-actions are the equivalent of saying, “Be warmed and filled – I won’t give the Ukrainians weapons to defend themselves against tyrants; I’ll give them MRE’s. I won’t take serious steps to wipe out beheadings by ISIS; I’ll call a summit to discuss violent extremism. Don’t worry, the arc of justice is on our side.”

Worshiping a golden calf or the idols of man’s creations is bad enough, but at least such worship only stunts the growth of the worshiper. Worshiping an imaginary force, such as history, on the other hand, has dire consequences for millions. The world screams for someone to use some God-given agency instead of playing golf while waiting for the arc of history to bend.

Yes, the Savior will one day return, usher in the Millennium, and justice will be done. But how many innocent people will be slaughtered before then?   People that the president of the United States could have saved.

Will history be offended if we send Ukrainians weapons to defend themselves? Or must we wait for some make-believe historical force to put Putin on the fritz?

Gary Lawrence is a pollster and the author, most recently, of “The War in Heaven Continues; Satan’s Tactics to Destroy You, Christianity, the Family, the Constitution, and America” available at Deseret Book, Ensign Books and Amazon.

Gary, Liked your article it's right on and keep it up.