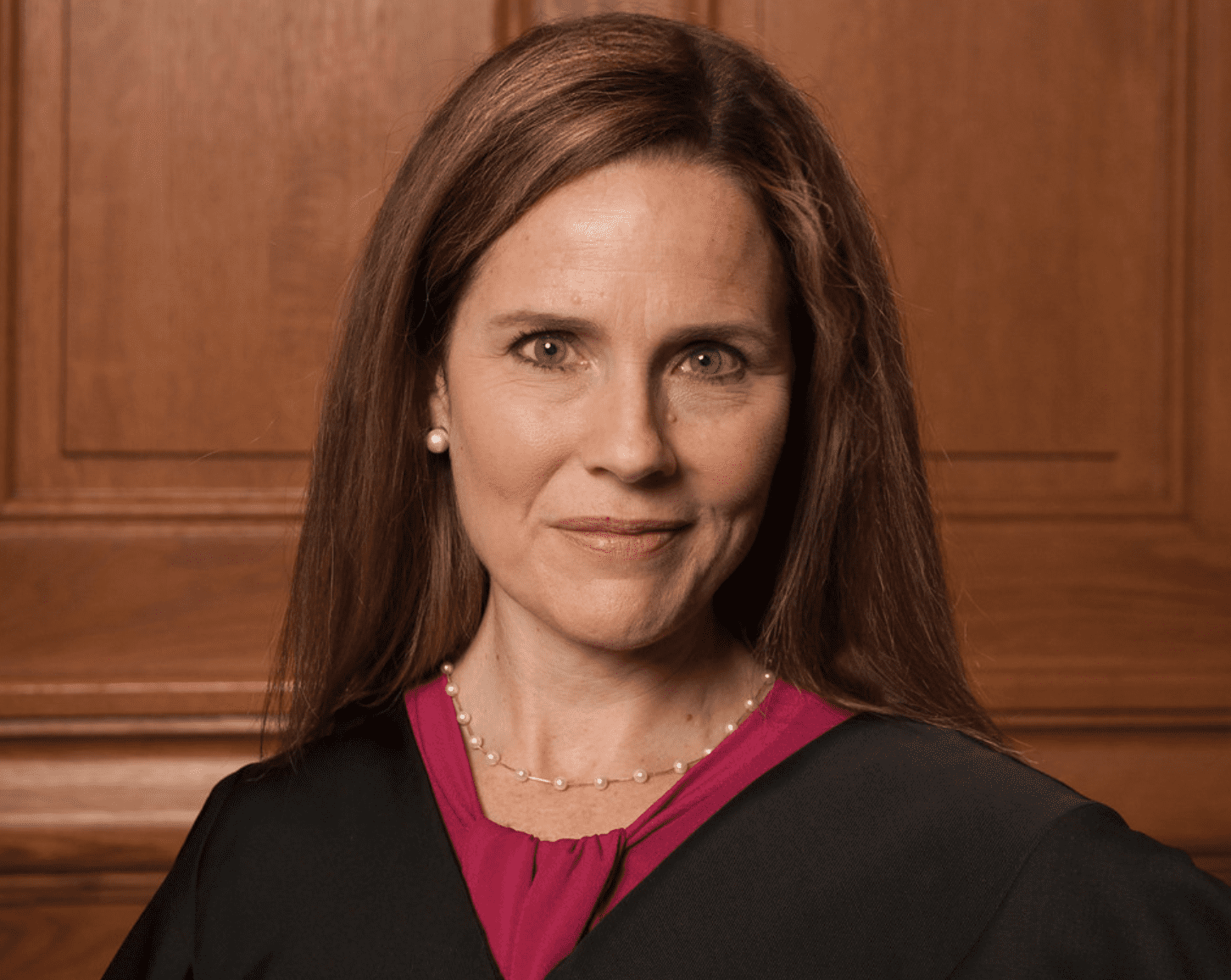 The Amy Coney Barrett Confirmation: A Bright Spot of News in Challenging Times

What does it mean to be a feminist? The answer to that question has changed over the course of history. Mary Wollstonecraft was one of the earliest feminists of the modern age. Of course, she did not use that word to define herself. She was an advocate for the rights of women and believed that women needed access to the same educational opportunities as men. It was a man, French philosopher Charles Fourier, not a woman, who in 1837 coined the terms “feminism” and “feminist.”

Those labels did not come into use until the 1890s in England and 1910 in the U.S. Today, feminism is a belief in the economic, cultural and political equality of women. Twenty-first-century women live lives early advocates for equality between the sexes could only dream of: Hillary Clinton was a U.S. senator and Secretary of State, Indra Nooyi was the CEO and chairman of PepsiCo, and Ruth Bader Ginsburg was a law professor, appellate court judge, and Supreme Court Justice.  All of these women are examples of female achievement. These women broke barriers and paved the way for future generations of women. They would certainly define themselves as feminists.

Supreme Court Justice, Amy Coney Barrett, is a woman who has undoubtedly benefited from the efforts and legacy of women like Ruth Bader Ginsburg. (Ginsburg literally spent her career fighting restrictions that kept women from enjoying equality under the law.) While Barrett can thank the work of female trailblazers, it is her own effort and intellect that qualified her for the Supreme Court. Barrett attended Notre Dame Law School on a full scholarship and was the executive editor of the Notre Dame Law Review. She clerked for Justice Antonin Scalia of the U.S. Supreme Court, taught constitutional law at Notre Dame, and received the “Distinguished Professor of the Year” award three times. You would think that feminists would embrace such a woman as one of their own and whole-heartedly support the advancement of a female who has so clearly distinguished herself. You would, however, be mistaken in that belief.

The problem with Barrett is that while she may be an example of female empowerment, she breaks with modern feminist orthodoxy – she is pro-life. And not just in theory. Barrett is the mother of seven children. Feminists believe that Barrett will hurt women and roll back hard-won advances. In an ironic twist, some feminists, who ought to be more concerned with a woman’s intellect than her wardrobe, have mocked Barrett’s clothing choices. Jennifer C. Braceras of the Detroit News has called this sartorial criticism a “mean girls campaign” against the newly confirmed Supreme Court Justice.

Feminism has noble roots in the advancement of women’s rights – equal protection under the law – but has mutated into something dangerous and toxic to not just women, but humankind. The movement initially sought female suffrage and equal rights between men and women. The women who championed equality of the sexes at Seneca Falls asked that men alter their behavior to the benefit of women – to become, in today’s vernacular, an “ally” to women. All that changed with the subsequent waves of feminist ideology. Instead of men changing and accommodating and respecting women as women, women decided that femaleness was inherently damaged, that women needed to change and refashion themselves in the image of men, especially sexually. And abortion would be the agent used to transform women into men. Let me explain…

For years, women held the keys to controlling sexual activity, because they were the ones who had the most to lose. Men could have sex and move on. Women, because of the long-term consequences of pregnancy, could not just “move on.” Feminists claim this “sexual inequality” repressed women. Abortion, even more than contraception, allowed women to have sex without consequence – just like a guy. Theoretically, this would benefit women, freeing them sexually as well as in the workplace.

By “empowering” women to behave like men, feminists have failed to accommodate the real needs and desires of everyday women. Erika Bachiochi explains, “For women who hope to have and raise a family…the feminist quest to imitate masculine reproductive detachment from child-bearing works very much to the women’s disadvantage.” This is clear in just one statistic. In the 1960s the first birth control pill was introduced and women were finally able to have sex without the consequences of a child. From that year on there is a heartbreaking upward trend of single motherhood. The rates of mothers raising children alone have risen from an average of 5% in 1960 to a terrifying 41% in 2010. Contraception and abortion have provided a one-sided solution to female sexuality that exempts men from their responsibilities to home and family.

How Amy Coney Barrett gets it right

Barrett is a shining example of how a woman can be truly empowered to balance family and career. At the age of 48, she has risen to the top of the legal world’s food chain and has done so as the mother of young children. It is her radically egalitarian marriage that values equality and cooperation that has made this possible. When asked how she managed to balance family and work, Barrett has said that she and her husband “were open to either one of us staying home at different points…What’s really made it work is that it’s very much a team effort…Right now…Jesse is really doing much more of the heavy lifting…We’ve gone in cycles and right now…he’s doing a little bit more of the home stuff…We evaluated at every step whether things were working well for the family, for the job I was in…but it was always working and it worked well: the kids were very happy, I loved teaching.”

When it comes to policy and practice our culture and the business world still treat the responsibility of parenthood as belonging exclusively to the mother. Bachiochi points out that Roe v. Wade has codified the assumption that “caregiving is a woman’s ‘choice’ to embrace or reject on her own” but “the Barretts recognize that both mothers and fathers are encumbered by their shared responsibilities to the dependent children in their care.”

The importance of family has been a guiding principle in Barrett’s choosing motherhood. Two of Barrett’s children are adopted. She had recently given birth to her fourth child and was pregnant with her fifth when an earthquake in Haiti presented her and her husband with the opportunity to adopt their son, John Peter. Another child at this moment would be particularly challenging, but the Barretts also knew that they wanted a large family. Barrett recalls her decision to proceed with the adoption: “…when you think about the value of people and the value of life and what’s really most important, what you can pour yourself into, that raising children and bringing John Peter home were the things of the greatest value that I can do right then, rather than even teaching, being a law professor, which I was at the time. That was what was really most important.”

Feminism has clung to abortion as the means to female empowerment. But it has backfired. Abortion has allowed men to shirk responsibility as fathers and encouraged the workplace to penalize motherhood and family. Amy Coney Barrett, and her husband, have put the lie to the feminist embrace of abortion and childlessness as a pre-requisite to female advancement. Feminists decry her filling of Ruth Bader Ginsburg’s seat on the Supreme Court, but Barrett is precisely the woman needed to return a misguided world to the original concept of female empowerment advocated by those pioneering women at Seneca Falls. In a world struggling through a pandemic and political turmoil, it helps to know that our daughters and sons can benefit from Amy Coney Barrett’s example and family-first values.

The points made in this article are exactly why the Equal Rights Amendment was never passed. I suppose the term "feminist" may mean different things to different people, but it has most certainly been a term that does not unify women. It divides them. However the greatest danger of so-called "feminism" is that it radically divides men and women. It has become politically correct to criticize and mock all men--to paint them as the enemy. Satan would like nothing more than to create enmity between all men and women.

Absolutely beautiful, uplifting, informative, and powerfully presented as a gift to all of us whether men or women.