That We Never Forget | Meridian Magazine 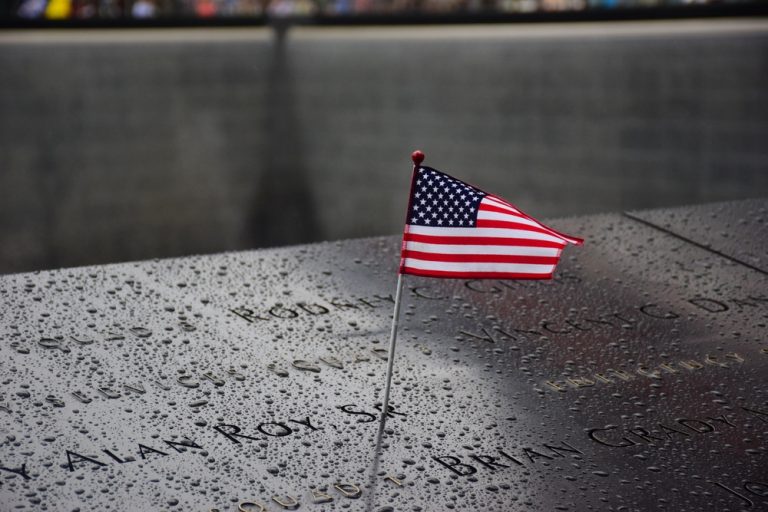 That We Never Forget

A year ago, I was asked to be part of a play about 9/11. Most of the characters in the play were above impact in the first tower that was hit. As the play progressed, the characters began to realize there was no way out. I played the part of a window washer caught outside in the smoke and debris from the exploding building.

The writer researched and found real people, though he changed the names, and he wrote the play based on their characters and how they likely would have responded to the situation. My character was a fun-loving guy, an immigrant, proud of his new country, and very patriotic. As the performances progressed, it was hard not to feel deeply what our characters probably felt realizing no one could rescue them, and they were going to die.

This year, as 9/11 rolled around, I was contemplating my feelings from last year’s production when my son, Scott, called. He has started a business whose purpose is to help museums. Museums took a significant hit during COVID when people were unable to attend. On average, they lost three-fourths of their revenue. But even since things have opened back up, attendance is down, and museums are still struggling. Scott has created a site, museversetours.com, where people can attend museums in 3-D without ever leaving home. To help museums, he shares most of the proceeds from viewers with them.

The reason for the call was because he knew of my years living in New York and my feelings about what happened in 2001. He was sure I would want to know about a recent event. There was a museum called the 9/11 Tribute Museum. It was not government-funded but was created by families of some who died, including the father of one of the firefighters. They even recovered the coat and helmet of that firefighter, and those items were in the museum.

The 9/11 Tribute Museum has really struggled over the last few months. They were constantly applying for grants and private funds and trying to get people to come into the museum. But ultimately, they ran out of money and couldn’t pay the rent.

Scott found out about it just a few days after it had closed its doors for good. He immediately started calling, texting, and emailing to contact them. He was finally able to, and got permission to do a digital tour, but he had to hurry. He took a red-eye flight to NYC on Sunday and arrived at the museum on Monday morning. The NY State Museum already had a crew there packing up artifacts and emptying the museum.

Scott immediately shot the gallery where the pictures of all the victims were hanging. As soon as he finished shooting that gallery, it was taken down. He worked his way through the museum, trying to preserve as much as possible, but it was already almost too late. He got many things, but others were gone, and the public would probably never see them.

Scott asked me, “Dad, how could this happen? In our lifetime, 9/11 is like Pearl Harbor was in Grandpa’s. And yet it feels like we have become so apathetic about it that we hardly remember it at all.”

A plaque at one museum honoring those who died in 9/11 says its purpose is “That we never forget.” There are things I can’t forget. I can’t forget the images of buildings on fire, the concern of those who had loved ones in the buildings, the anger I felt knowing our country had been attacked, and the way it brought everyone together in defense of our country.

I have listened all my life to those from my father’s generation share stories of defending this country and what it stood for. All of those I know who were alive then have passed on. Now it is our turn to share with the next generation the strength we have gained from the times we have stood up to be counted in defense of the liberty we value so much.

That we may never forget.

Thanks for sharing that update. I totally agree with your son's question about how can we be so passive about such a tragedy and how important it is to keep that memory alive. Kudos to him for his efforts.