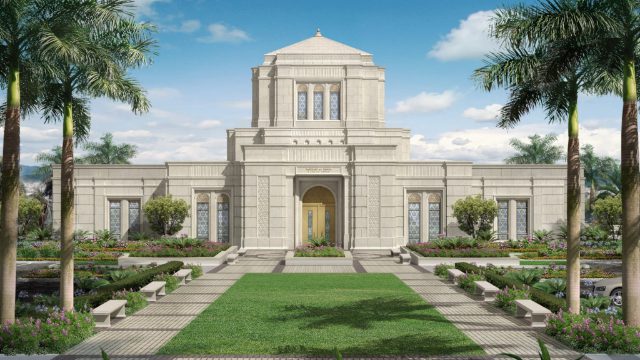 The Church of Jesus Christ of Latter-day Saints has released the locations and exterior renderings of four temples to be built in Latin America. These temples were previously announced — one in October 2020 and the other three in April 2021 — by Church President Russell M. Nelson.

The Belo Horizonte Brazil Temple will be constructed on an 11.8-acre site on Rua Professor Jose Vieira de Mendonça in Belo Horizonte, Brazil. Plans call for a single-story temple of approximately 27,000 square feet.

The temple in Belo Horizonte will be the 13th announced temple for Brazil, with dedicated temples located in Campinas, Curitiba, Fortaleza, Manaus, Porto Alegre, Recife and São Paulo. One temple is completed and preparing to be dedicated in Rio de Janeiro; three are under construction in Bélem and Brasília and Salvador; and another has been annnounced in East São Paulo.