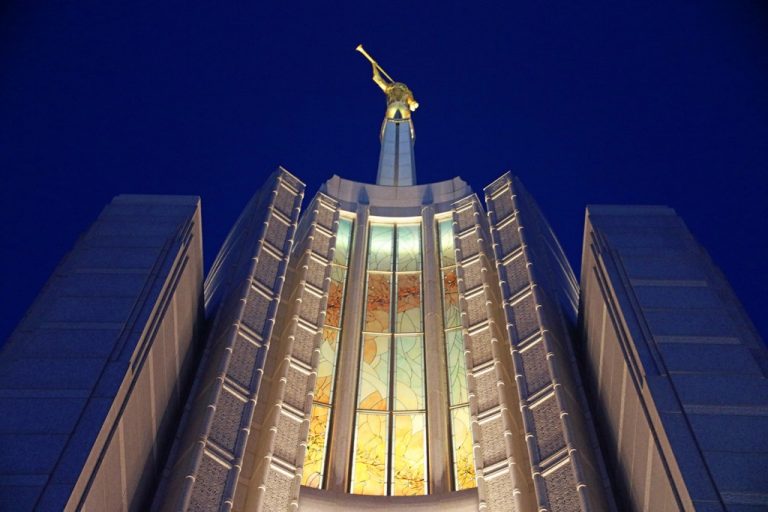 There are incredible rewards for those who seek ancestors and do their temple work. As we sacrifice to assist them, we become their angels, and they become ours, and in that symbiotic process we help them and they are allowed to bless us in many ways…

One of the fascinating commonalities with people who do a lot of family history, is that they are UTTERLY DRIVEN by the passionate need to do this work.

Sucked into the Vortex of Family Beyond the Veil

Ann Laemmlen Lewis feels like she is the only hope to a small village in southern Germany and is one of the few anywhere who can read their old German records, She writes,

“When I’m in my Family History zone, ‘compelled’ is the word that keeps coming to mind. It’s one of absolute URGENCY that requires all my attention.  It’s like I’m behind a closed door, alone.  On the other side of the door are thousands of people pushing and shoving to get close to the door.  Then, I take a key and unlock the door, and crack it just a tiny bit, but the door’s been opened and everyone on the other side heaves and pushes with all their might to get through that door to where I am because they know the way has finally been opened!   Of course, I’m never happier than when I know absolutely that what I’m doing absolutely matters to them and the feeling is that there is No Other Thing more important for me to be doing than that.”[i]

Ann is an angel to her little German village, so far extracting 18,000 names from there.

We most likely don’t have the same opportunities as Ann, but when we help with the work in any way, there are breathtaking rewards, and validations.  I’d like to share a few:

She Witnessed the Angels

Helen Condon had a spiritual experience that she knew was orchestrated because of her efforts to do a particular family name.   She said,

“While on a trip to my Alma Mater, Church College of New Zealand, I took my beloved Uncle Albert’s name to the Hamilton temple and asked for a male to do his work while I was there.

“As I sat behind a window watching his confirmation, I saw the two mortal witnesses and at the same time felt two spirit witnesses standing on either side of me.  Truly that day I knew that what we record on earth is recorded in Heaven.”[ii]

Helen’s ancestors are forever blessed by her labors and so is she.

“Elder Richard G. Scott taught that family history is a “monumental effort of cooperation on both sides of the veil, where help is given in both directions.”[iii]

Much effort at times to give, but oh so much to receive…

Larry James shared a marvelous experience that motivated him to seek out a specific family member as he was helping with sealings in the Mount Timpanogos Temple.   He writes,

“I was sitting in one of the witness chairs when the sound in the room became very still. I heard a female voice speak to my mind. She said,

“It was the voice of my younger sister. This had never happened to me and I began to weep. My sister had been dead for over four years. She was baptized at the age of 8 as we all were, but she was never active in the church. She had been married 5 times and had 6 children by different men. I had written her off as having made her decision as to the gospel of Christ. Well, because of hearing her voice, my wife and I had her Temple Endowment completed in the Temple within a week.”[iv]

When loved ones are ready, we are their angels to help them get to the next level in their progression, and when we help them, we open ourselves to stunning spiritual experience.

Developing a Relationship with Father After His Death

Peter Emery never really bonded with his often-absent father, and always yearned that they could have been closer and could have spent more loving time together.  He had that desire fulfilled in the Salt Lake Temple as he did the endowment for his now-deceased father. Peter shares,

“This was a time both Jan (my wife of 7 years) and I would remember because there, that week at the temple, the veil was thin. In my case he was there with me as I passed through the veil of the temple in his behalf.

He was there waiting for me! We touched, spirit to spirit. It was inexplicable in every day terms yet it was so right!  It was the most powerful spiritual experience I had had until then.

“It was almost the only time that my father and I truly genuinely communicated – normally it was receiving commands or answering demands… an authority – subordinate way of life.  It changed the way I thought about my father forever. I finally felt that we were family.”[v]

Making eternal connections. This is what temple work is all about!

Sister Wendy Nelson admonishes us to,

”Make time to help those on the other side make covenants with God! As you do so, the power of  God will flow into your life in an unprecedented way.”[vi]

The power of God does flow into those doing research and temple work for others. There can even be unusually profound recompenses as in the following story.

“Temple Angels Can Give Us Specific Knowledge

A few years ago, Timmi Lynn Webster had a marvelous angelic experience. Her daughter Kylie was attending college, but learning had always been difficult for her because Kylie was handicapped and had special needs. Timmi Lynn recounts:

“That morning Kylie called and asked that I pray for her (because she was going to have a very difficult math mid-term exam). I told her I was going to the temple right then and would do so.

As I was getting out of the car, I remember looking at the temple card. The name of the person I was doing was Matilda. I literally talked aloud and said, ‘Matilda, I am going to do your work. I need a favor too. Can you help my daughter on her math test? If you aren’t good at math, could you find someone who is?

“I have never had such a sacred experience in the temple or ever felt so close to the person I was doing work for.

“When I got home, I got a call from Kylie. I was surprised because she was finished so quickly. She told me she couldn’t believe how easily the answers came to her and that she felt like she had done very well (which she did). She told me she felt as though someone was sitting next to her and helping her. I told her it was Matilda, and that one day I would tell her about it.

“This was a turning point for me. It was the first time I believed that Kylie really could succeed in college because I literally understood then that she could access not only the quickening power of the Holy Ghost, but that she had angels beyond the veil who would aid her in ways I never imagined. I also learned that when we go to the temple it can be a two-way street. As we help those beyond the veil through temple work, there are those who can help us as well. I look so forward to one day meeting Matilda. I feel as though it will be like meeting an old friend.”[vii]

Like Timmi Lynn, many meet and reconnect with dear pre-mortal friends as well as family members through family history work.

We Are Their Angels and They Are Ours

As we help ancestors and friends from the other side open up to eternal connection, they are permitted to help us have spiritual experience and intercession in our lives.  It’s a two-way street that benefits people on both sides of the veil.

I did ordinance work for an aunt who had been the "black sheep" of her family-rebellion, alcoholism, you name it. In doing her initiatory work, I felt her spirit there, joyful and full of gratitude. The veil is very thin but not only in the temple. I lost a son when he was 47. He was the "go to" guy who could fix, build or invent just about anything. and his hand was always extended to help others. There have been times when I've been stymied by a mechanical or technical problem and I've said" Son, this would be so easy for you, could you give me a little help?" And, somehow things would go together. Did I pray to him? Of course not, I just said what I would have if he were still here. Did I worship him? Absolutely not! He's just another of the Lord's angels who has always been willing to do His work.

I sometimes ask Heavenly Father to allow my ancestors to help answer a specific need I may have, if it be His will. I have found and performed temple ordinances for hundreds of my and my husband's relatives, and know that they have been allowed to assist me and my family on occasion.