Swear Not at All | Meridian Magazine 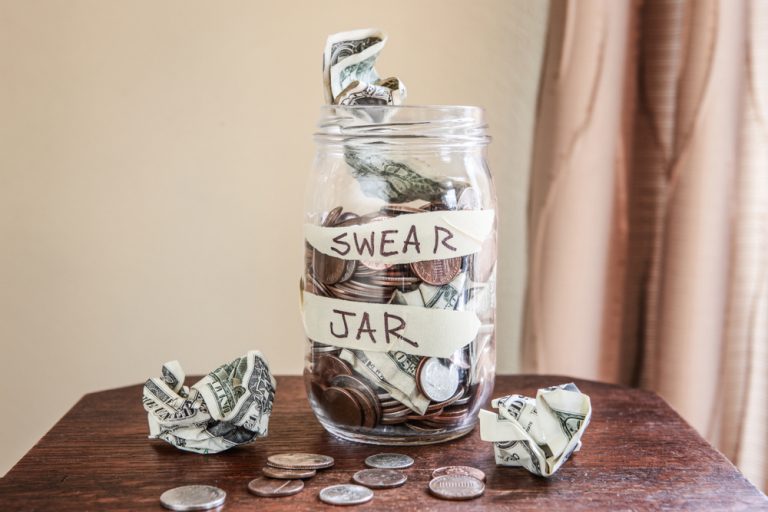 Swear Not at All

Why are swearing, profanity, and vulgarity so common? Why is it accepted in the halls of schools and legislatures, on our screens and airways, and in the privacy of homes? Why is it a typical response to anger? Why is it excusable as a habit? Why, when God’s third commandment commands: “Thou shalt not take the name of the Lord thy God in vain; for the Lord will not hold him guiltless that taketh his name in vain” (Exodus 20:7)? “Not hold him/[her] guiltless” portends serious consequences. In Moses’ time, the penalty was death. “He that blasphemeth the name of the Lord, he shall surely be put to death” (Leviticus 24:16).

The prophet Zenos taught another consequence of choice—righteous and unrighteous: “The Lord God surely shall visit all the house of Israel…, some with his voice, because of their righteousness, unto their great joy and salvation, and others with the thunderings and the lightnings of his power, by tempest, by fire, and by smoke, and vapor of darkness, and by the opening of the earth, and by mountains which shall be carried up” (1 Nephi 19:11). The righteous will hear God’s voice to their great joy and salvation; the unrighteous will hear God’s voice in nature’s destructive forces.

In the world, most every exciting or disappointing thing whether trivial or major is punctuated by the name of God. Even children say His name in a casual and thoughtless way. Why do we shower, use deodorant, and brush our teeth to make sure our body odor and breath are not offensive, and yet offend God and many of our fellow beings in “weightier matters of the law” (Matthew 23:23)? President Russell M. Nelson said: “Don’t separate yourself from the love of God by taking His name in vain” (https://twitter.com/rmnelsonquotes/status/1388126080075247622).

Swearing is a lazy and ineffective way to communicate. Swear words do not tell others what you think or feel. They only know you profaned. President Nelson said: “Swearing and profanity are darkness in the language of the undisciplined. Such are the symbols of the unlearned and evidences of a mind without a better vocabulary” (https://twitter.com/rmnelsonquotes/status/1388126079584460804?lang=fi).

The fact that God commands us not to use His name carelessly is the best reason to keep this commandment. Also, when you contemplate who God, the Almighty, the Eternal Father is, and anticipate meeting Him someday, you want to honor Him in every word and deed. He explained to Moses: “There are many worlds that have passed away by the word of my power. And there are many that now stand, and innumerable are they unto man; but all things are numbered unto me, for they are mine and I know them” (Moses 1:37). He knows each world. He knows each of us. The worlds are His. We are His. As Christians in general, we need to be more cognizant with what we do with His name: “Do not… blaspheme that worthy name by the which ye are called” (James 2:7).

There are wonderful examples of societies that repented. When Jonah preached to the people of Nineveh, the king fasted in sackcloth and asked the people to “turn every one from his evil way,” (Jonah 3:7-9). And the people repented. Another king, King Shule, the great grandson of Jared, made a law to protect the prophets so they could preach without harassment. The people listened and repented (Ether 7:24-25). King Lamoni’s father sent a proclamation throughout the land of the Lamanites, declaring that the Nephite missionaries were allowed to preach, and the people “became a righteous people” (Alma 23:7). A modern-day example is a young man in Southern California who felt offended for God by the language he heard at school. In response, he started a No Cussing Club that has led to national awareness. More than thirty thousand, including adults who have used bad language all of their lives, have signed the “No Cussing Club pledge: “I won’t cuss, swear, use bad language, or tell dirty jokes. Clean language is a sign of intelligence and always demands respect. I will use my language to uplift, encourage, and motivate” (makayhatch.com).

The words of James in the New Testament should also motivate because they warn of the consequences of vile speech:

The Lord said: “But I say unto you, swear not at all; neither by heaven; for it is God’s throne: Nor by the earth; for it is his footstool: neither by Jerusalem; for it is the city of the great King. Neither shalt thou swear by thy head, because thou canst not make one hair white or black. But let your communication be, Yea, yea; Nay, nay: for whatsoever is more than these cometh of evil” (Matthew 5:34-37).

In 1934, the Federal Communications Commission (FCC) was established to regulate a rapidly expanding industry. Along with regulating the business aspect, today’s FCC has authority to issue fines for obscene, indecent, and profane language broadcast on radio, television, cable, and movies. The FCC guidelines, however, have loopholes that allow obscenities if it can be shown that there is “serious literary, artistic, political, or scientific value.” Whether something is prurient is also judged by what the average person would find offensive, and profanity has to be “grossly offensive” to be “considered a public nuisance” https://www.fcc.gov/consumers/guides/obscene-indecent-and-profane-broadcasts).

In 1957, there was more concern for public morality. When the Ed Sullivan Show invited Elvis to perform, CBS considered his gyrations too suggestive. As he sang, he was filmed only from the waist up (https://www.edsullivan.com/artists/elvis-presley). In 1967, the Rolling Stones were invited to sing on the Ed Sullivan show “under one condition—they change the lyrics of their 1967 hit ‘Let’s Spend the Night Together’ to the more family friendly, ‘Let’s spend some time together.’ It was reported that Sullivan’s exact words were, ‘Either the song goes, or you go’” (https://www.billboard.com/music/music-news/rolling-stones-ed-sullivan-censored-lets-spend-night-together-6436569).

Gone are the days of self-censuring, and the FCC’s restrictions have step-by-step become less restrictive. Combine that with several Supreme Court cases, and there is not much that is held inviolate. There have been quantifiable turning points. Twenty years ago, the FCC allowed television stations across the nation to show “Schindler’s List,” which includes “graphic violence, profanity, and full-frontal nudity” (https://www.commonsensemedia.org/movie-reviews/schindlers-list/user-reviews/adult). Eight years later, the Supreme Court struck down a law that had been the standard since 1905 in which the U.S. Patent and Trademark Office could refuse to issue trademarks to companies who used immoral or scandalous words and symbols. What this means is that as societal standards decline, the raunchiness of the airways increases. But each of us can choose to make a difference as did three ancient kings and a young man from Southern California.

We can choose to use clean language as a way to come closer to God. The psalmist said: “It is good for me to draw near to God” (Psalms 73:28). And the Lord said: “Draw near unto me and I will draw near unto you” (Doctrine and Covenants 88:63).

We can choose to stop the generational cycle of unclean language. “In the U.S., swearing starts early. By 2 years of age, children have swearing in their vocabulary; by school-age, vocabulary already consists of around 30 to 40 swear words” (https://journals.sagepub.com/doi/full/10.1177/0261927X18758143). My father was in the Army. No doubt he heard plenty of uncivilized language, but he did not bring it into our home.

We can choose not to attend a profane movie, no matter if it is seen by everyone in the world but you and me.

We can choose at a moment of injury, disappointment, or unpleasant surprise, to pray rather than profane.

We can choose to rid our vocabularies of swearing, profanity, and vulgarity which are evidences of rebellion as the converted Lamanites chose to rid their lives their rebellion. They buried there “weapons of their rebellion, that they did not fight against God any more, neither against any of their brethren” (Alma 23:7).

We can choose to do as the Apostle Paul advised Timothy: “Be thou an example of the believers, in word, in conversation” (1 Timothy 4:12).

Thank you for this article. I wish it could be read from the rooftops for all the world to hear. I personally hate profanity and crude language. Consequently my repertoire of acceptable TV shows is very limited. But I would rather watch reruns of old (clean) shows multiple times than watch newer offerings that would drive the Spirit out of our home.

I so totally agree with this article. I am so sick of the vulgarity and bad language that abound on the radio, TV, books, etc. I feel that people do not know how to write or talk anymore and use swearing and vulgarity as a way to hide their inadequacies.