Something to Sit on | Meridian Magazine 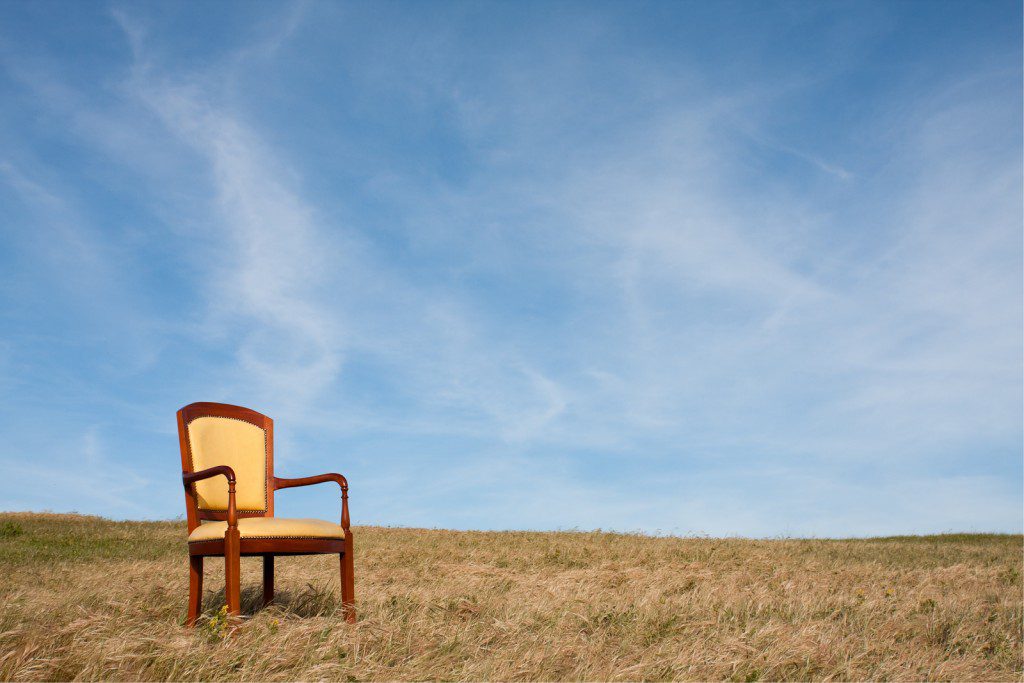 Something to Sit on

It was a big event in the small Wyoming town. They were building a new church building, and this was to be the ground breaking ceremony. It would serve the needs of the people for multiple counties and would therefore be historical. It would also be a magnificent structure, set high on a hill where all could see it, and the highest church leaders were going to be there to officiate.

There would be lots of dignitaries there as well. The mayors of multiple towns were invited, along with the councilmen. Sheriffs, county commissioners, and anyone else of any influence planned to attend. Even the governor of the state might be there, along with many state legislators. Every person, from child to adult, that wanted to attend, was invited. A person was welcome no matter their faith, or even if they had no faith at all.

Because it was expected to draw thousands of people and be such a big event, committees were formed to get the word out and to try to accommodate the expected crowd. Port-a-potties were brought in and set up in the open field near where the building was to be built and the ceremony was to take place. Water coolers were borrowed from anyone who had one and was willing to loan it. These were filled and set on tables with stacks of paper cups for those who might need water on that hot summer day.

Every chair available was borrowed from schools, churches, and businesses. But as the committee added up the number of chairs that had been promised, they knew they were going to be short, far short, of the number needed for the expected crowd. They decided they would just have to rely on people to bring their own.

It was then turned over to those on the publicity committee to get the word out. They wrote articles for every newspaper, did interviews on every radio station, and even made sure every news channel carried announcements about the event. And with each article, interview, or news announcement, they made sure to mention that the meeting might be long and seating would be limited. “Bring anything and everything you have to sit on,” they said. “And if you have extra, please bring extra.”

The day before the big event occurred, the committee enlisted the young people of the valley to round up all of the promised chairs. These were lined up in the field on the hill in nice, uniform rows. When the last of the chairs was set up, the committee counted them and found they had even fewer than they had hoped for. There was only enough for about half of the expected crowd. There was nothing they could do about it. They would just have to hope that the word had gotten out and that people would bring something to sit on.

As the crowd started arriving, the chairs that were already set up filled quickly with those who wanted to have a front row seat. But as time went on, more and more people brought chairs to set up on the perimeter. However, there was something else the committee hadn’t foreseen. The farther away people set up chairs, the less they were able to see of the proceedings.

And then something happened that the committee hadn’t expected. What people brought to sit on were horses. People rode them into town, and trailers arrived filled with them. And it wasn’t just a few. They came by the ones and twos, and then by the dozens. By the time the meeting was to proceed, the whole gathering was encircled by scores of people sitting on horses, giving a great view over the top of the crowd to each mounted person.

As the meeting time neared, the committee chairman apologized to the head church leader. “We really didn’t expect to have people bring horses.”

The church leader just laughed. “Your announcement did say to bring anything a person had to sit on. What’s better than a horse?”

How wonderful!!! All creatures great and small. And there isn't a better seat in the house than the back of a horse.