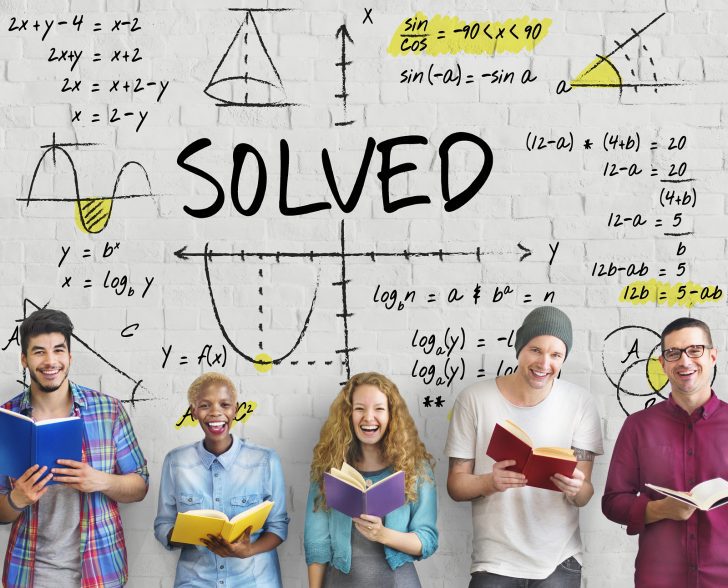 Kevin came up to my desk after class. “Professor Howard, may I talk to you?”

“Sure,” I answered. “What would you like to talk about?”

“I want to wait until everyone else is gone?” he whispered.

I nodded, and erased the board and did a few other cleanup tasks as we waited. My class had just finished a test review. I provide questions that the students are to complete and bring to class. They then go over them in groups to make sure they understand everything.

Once the other students had vacated the room, I sat on the edge of the desk. “So, Kevin, what can I help you with?”

“I’m sorry to keep you after class,” Kevin replied, “but I didn’t want to hurt anyone’s feelings if they overheard me. I just wanted to say that I just can’t work with my group.”

That was usually the reason students gave for wanting to change groups. It was often caused by a boy and a girl in the group dating and something going wrong in their relationship.

Kevin shook his head. “No. It’s just that they’re so stupid I can’t stand it. I know all of the answers, and they don’t get the math at all. They’re no help to me.”

“If you know the material, can’t you help them?” I asked.

He shook his head. “I don’t work well with stupid people.”

I was a little taken aback by all of this. I have had students previously who thought they were too smart to work with others, but I had never had anyone be so blunt about it.

“Is there any group you would like to be part of?” I asked.

Kevin shook his head. “Frankly, as I listened to all of the groups around me, I realized that they’re all stupid. I would be better off doing it on my own.”

“If that’s how you feel, you don’t have to work with a group on the next review.”

He thanked me and left. I shook my head in disbelief. I thought about it a minute, and then noted the names of each member of his group so I could check their scores.

A couple of days later, after the test closed, I logged in to check grades. The class average was seventy-four percent. Every one of the other members of Kevin’s group scored even higher, receiving A’s and B’s. I assumed Kevin must have done really well, but when I looked at his grade, I was surprised. He had scored a sixty-two percent.

I said nothing to him, but when I announced the class average, I did see Kevin ask his group members how they did. When they responded, his expression was priceless.

On the next test, he didn’t work with his group. Once again, the class average was in the seventies, and Kevin’s group members received A’s and B’s. Kevin scored a sixty-percent. He asked me how his group members did, but I couldn’t legally tell him, so he asked them.

After class, Kevin came up to see me. “Professor Howard, do you know what I scored on my two tests?” I nodded, so he continued. “I thought it had to be a fluke for my group members to get A’s and B’s when I got a sixty-two. I decided they must have drug me down. But it happened again without them. What should I do?”

“I would suggest you study with your group,” I replied. “A smart person knows that he can learn something from everyone.”

Kevin nodded, and the next time we did a review, Kevin was actively participating with his group. His test ended up being a B. He stayed after class the next day to talk to me.

He just smiled and said six words. “A smart person learns from others.”

Kevin had learned something even more important than math.

Love it! What a great lesson we get to learn over and over by experience. Grateful for the life that gives us that opportunity to learn. Way to let him find that lesson through personal choice.