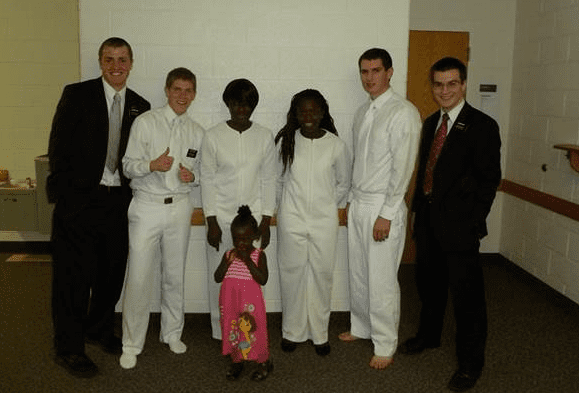 She Decided to Keep Walking Until She Found Her New Church‏

Sarah is a young mother who moved with her family to the Springfield, Virginia, area in January.  As a result, she wanted to quickly find a new church to attend because her previous church was located many miles away from her new home.

To make her search even more difficult, Sarah did not own a car, so she literally walks wherever she needs to go, or occasionally takes the bus.  Early on her first Sunday morning, she began her search to find a new church in the area.  She was not familiar with the neighborhood, so she told herself to just keep on walking until she came to a church that would fit she and her kid’s needs.

She walked down the street and took a right turn and then a left, and then another right turn. She was literally “led by the Spirit, not knowing beforehand the things which [she] should do.” 1 Nephi 4:6.   Eventually she came to 6942 Sydenstricker Road. The sign outside the Chapel said, “The Church of Jesus Christ of Latter –day Saints,” and “Visitors Welcome.” She walked inside the front door at about 9:00 a.m., found a seat on a nearby pew and attended the meeting that was just getting started.

Next she attended a Sunday school class.  When that class ended she noticed down the hall a class-room filling up with ladies, so she joined them as well. Hour after hour, she just followed the crowd, took a seat, and listened to the various gospel messages.  When we did the math later, she apparently attended about 5 hours of various meetings, including sacrament, Sunday school and relief society meetings, and then started over with another ward.  She loved everything she heard.  It just felt right.  She knew that she had found her new church.  She determined that this would become her new church family.

Out of all the many churches in Northern Virginia, and trust me there are many, Sarah had walked right into the only LDS church for miles.  This is God’s true church and now Sarah is a member of it.   Miracles have not ceased.

She really put some of us to shame, even some faithful members of the Church are still prodding in the dark trying to feel after the spirit and question about the true meaning of their conversion, yet this mother was willing to be led by the spirit and she follow willingly. Welcome home Sarah, this your final destiny, the Gospel of Jesus Christ, when we are true to it it will bless us Physically and Spiritually as how Heavenly Father intended.

What a great story. What I would like to know however is did anyone welcome her, greet her, or talk to her. Not all wards are created equal. I was out of town two weeks ago and went to a ward and not one person spoke to me or greeted me. Been a member my whole life but was sad no one went out of their way to greet me.