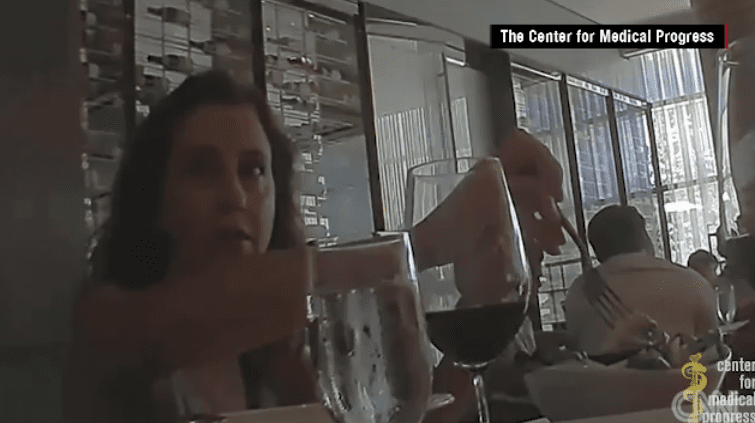 This post was originally published on Family Research Council.

What do you have to do to lose your government funding these days? Try believing in natural marriage or running a pro-life charity. But defraud taxpayers, cover-up child sexual abuse, botch abortions, and scavenge babies for body parts, and you’re untouchable. Or at least you used to be.

After a breezy lunch conversation about selling baby organs, Planned Parenthood’s invincibility is being put to the ultimate test, along with the resolve of lawmakers to stand for human decency. Decades of lies and corruption have all come to a head this week after Cecile Richards’s group was accused of running a black market of baby parts. Out of the mouth of the organization’s own senior medical director, more than two million Americans have watched the President’s closest ally talk about changing their abortion procedures (often at risk to the mother) to protect — not the woman’s or baby’s interests, but Planned Parenthood’s.

For the first time yesterday, Richards addressed the scandal, insisting that her organization “follows all laws and ethical guidelines” — a claim that might have more validity if it weren’t preceded by years of exploitation and wrongdoing. Richards insists that the executive in question has been reprimanded for her “tone — but this problem runs much deeper than one person’s nonchalance. This is a crisis of inhumanity in our culture.

As Dr. Ben Carson told Megyn Kelly on Fox News last night, the real shocker isn’t the video. “What’s really disturbing,” he said, “is the fact that we have become so callous that a lot of people don’t even realize that this is shocking. To see the callousness with which we are treating human life… [T]here are so many people who are concerned about little spiders and things, and yet, the human being inside the mother’s womb… is much more sophisticated than many of these creatures that they’re trying to preserve.” Planned Parenthood is insisting that these organs are important to medical research — a claim the doctor calls “spurious.” “There’s nothing that can’t be done without fetal tissue,” Dr. Carson explained.

Meanwhile, still stinging over the loss of the $4.5 million it stood to gain from Congress’s breast cancer bill, Susan G. Komen is desperately trying to downplay its ongoing partnership with Planned Parenthood. In a statement, Komen claims there continues to be a “misunderstanding” about their relationship with America’s largest abortion business. They argue that the grants to Richards’s group “only” total $465,000. But that’s still $465,000 too much, especially for an organization that doesn’t offer mammograms, as they lead people to believe.

Over at Democratic headquarters, the media blackout isn’t fooling anyone. Inside, members are anxiously wondering how much this PR disaster will cost them. If last year’s campaign records are any indication, it may be a lot. More than a half-million dollars flowed directly to its House and Senate candidates from Planned Parenthood’s PAC — money now tainted by a possible organ trafficking ring. Gearing up for 2016, no member wants to answer the question of whether Planned Parenthood’s contributions were the result of baby body part profits. For Hillary Clinton, who rakes in 20 times as much Planned Parenthood money as her Democratic presidential rivals, the decision to keep or return the money will be telling.

Ironically, if a taxpayer-funded group had been caught dismembering baby animals, people would be demonstrating in the streets. Senator James Lankford (R-Okla.) made that powerful point — and many more — in an emotional speech on the Senate floor yesterday. After spending Thursday in meetings about protecting orca whales and horses, the contrast couldn’t be starker. “You can’t say in one moment that’s not a human and then sell it for the next moment as a human organ and say now suddenly it is. It was a human all the way through. There was never a time that wasn’t a child, never a time that wasn’t a human, and it seems the ultimate irony to me that we spend time talking about humane treatment of animals being put down… and we completely miss children being ripped apart in the womb and their body parts being sold.”

For eight minutes, he delivered one of the more eloquent defenses of human life in recent memory. (Watch it here.) Like every American who cherishes life, we’re grateful that Republican leaders are calling for an investigation into Planned Parenthood’s immoral and probably criminal behavior. But we also hope that, unlike so many congressional efforts that have lost momentum or been eclipsed by another White House scandal, this leads to real reform.

In the meantime, taxpayers deserve the assurance that not a cent of their hard-earned money is given to this organization to commit heinous crimes against humanity. Contact your congressman and demand a moratorium on Planned Parenthood funding until Americans know the full extent of their involvement in this dark world of trafficking. Liberals are looking for every excuse to financially punish Christians for no reason. The question on everyone’s minds should be: how is it possible that a person’s religious views can disqualify them from government support, but criminal activity can’t?

Most people who are in favor of abortions have already been born.

That was a very thrilling and eloquent speech inspired by Almighty God!