Shabbat Among the Exiles | Meridian Magazine 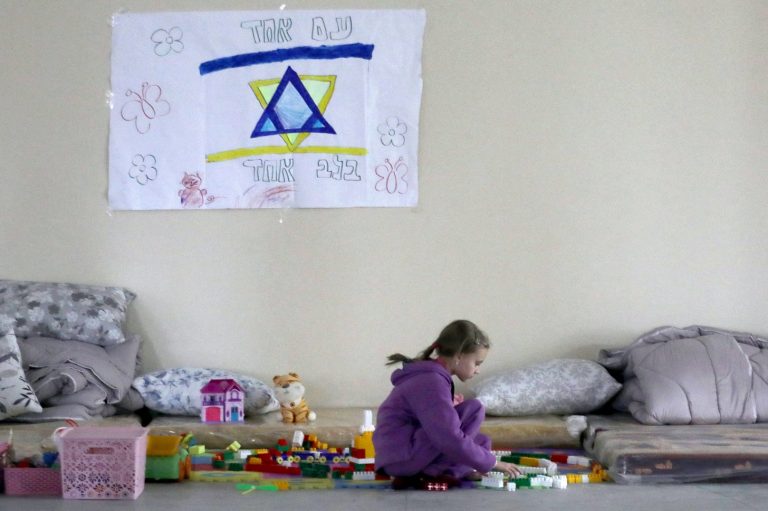 Shabbat Among the Exiles

After about the fifth day without showering, your skin starts to feel both too hot and too cold. A gray wool sweater only makes the problem worse. But a sweater it’ll have to be. Shabbat is coming to Kishinev, Moldova, and I don’t want the 70 or so Ukrainian refugees gathered at the Hotel Chisinau to be distracted by my wrinkled white shirt. For the first Shabbat in over a decade, I will appear before other Jews unbathed. Still, I’m easily one of the cleanest people in the room.

A dozen volunteers from all over Israel set up dinner while we sing in the Sabbath. Like a lot of religious Jews, I find our prayers a mix of collective remembrance and what I guess I’ll call personal spirituality. I pray three times a day, but try as I might, I don’t often see God enchanting my world.

But tonight is different from all other nights. “Stand and leave the tumult; too long have you lived in the valley of tears” reads the third verse of Lecha Dodi, the central hymn of Friday night’s liturgy. Tonight, God’s brought these people to a safe way-station between war in Ukraine and a Jewish nation free in its land.

A man in his early 30s standing next to me knows the first few lines of the Shema, the central Jewish prayer recited twice each day, which he says eyes shut while holding an infant son. After he finishes his own recitation, he gestures at me to say the rest of my own prayer louder, so he and his child can hear what our ancestors have said for thousands of years. After the Shema, we continue: “He is the Lord our God, there is none besides Him, and we are Israel His people. The one who saves us from the grasp of kings—our King, who redeems us from the hands of tyrants.”

In Kishinev, these lines aren’t a memory but a description. My Shema companion, his son and the others are traveling to new lives under the guard of a Jewish army, itself much of the answer to two millennia of dispersal and powerlessness.

Thank you for this insightful glimpse. Thank you for your efforts and Thanks be to God for the other incredible volunteers both the named and un-named.