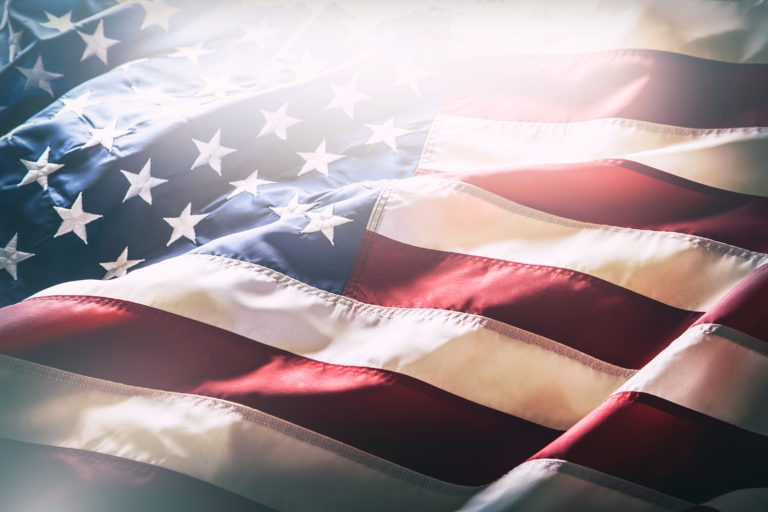 I am so impressed with the sense our Prophets have of the founding of our nation and their absolute witnesses that the Hand of Providence was upon it. I have gathered some lesser known yet powerful quotes from the first seven presidents of the Church–from those who faced martyrdom, expulsion, persecution, outrage, extreme prejudice, banishment and imprisonment from the very nation they loved so much. Please share and discuss these quotes with your family this weekend. Happy Fourth of July!

1) Joseph Smith (as Candidate for President of the United States)

“I would not have suffered my name to have been used by my friends on anywise as President of the United States, or candidate for that office, if I and my friends could have had the privilege of enjoying our religious and civil rights as American citizens, even those rights which the Constitution guarantees unto all her citizens alike. But this as a people we have been denied from the beginning. Persecution has rolled upon our heads from time to time, from portions of the United States, like peals of thunder, because of our religion; and no portion of the Government as yet has stepped forward for our relief. And in view of these things, I feel it to be my right and privilege to obtain what influence and power I can, lawfully, in the United States, for the protection of injured innocence; and if I lose my life in a good cause I am willing to be sacrificed on the altar of virtue, righteousness and truth, in maintaining the laws and Constitution of the United States, if need be, for the general good of mankind.”

“We consider that the men in the Revolution were inspired, by the Almighty, to throw off the shackles of the mother government, with her established religion. For this cause were Adams, Jefferson, Franklin, Washington, and a host of others inspired to deeds of resistance to the acts of the King of Great Britain, who might also have been led to those aggressive acts, for aught we know, to bring to pass the purposes of God, in thus establishing a new government upon a principle of greater freedom, a basis of self-government allowing the free exercise of religious worship. It was the voice of the Lord inspiring all those worthy men who bore influence in those trying times, not only to go forth in battle, but to exercise wisdom in council, fortitude, courage, and endurance in the tented field, as well as subsequently to form and adopt those wise and efficient measures which secured to themselves and succeeding generations, the blessing of a free and independent government. This government, so formed, has been blessed by the Almighty until she spreads her sails in every sea, and her power is felt in every land.”

“We see many signs of weakness which we lament, and we would to God that our rulers would be men of righteousness, and that those who aspire to position would be guided by honorable feelingsto maintain inviolate the Constitution and operate in the interest, happiness, well-being, and protection of the whole community. But we see signs of weakness and vacillation. We see a policy being introduced to listen to the clamor of mobs and of unprincipled men who know not of what they speak, nor whereof they affirm, and when men begin to tear away with impunity one plank after another from our Constitution by and by we shall find that we are struggling with the wreck and ruin of the system which the forefathers of this nation sought to establish in the interests of humanity. But it is for us still to sustain these glorious principles of liberty bequeathed by the founders of this nation, still to rally round the flag of the Union, still to maintain all correct principles, granting the utmost extent of liberty to all people of all grades and of all nations.”

‘We thank thee, O God of Israel, that thou didst raise up patriotic men to lay the foundation of this great American government. Thou didst inspire them to frame a good constitution and laws which guarantee to all of the inhabitants of the land equal rights and privileges to worship thee according to the dictates of their own consciences. Bless the officers, both judicial and executive. Confer abundant favors upon the President, his Cabinet, and Congress. Enlightened and guided by thy Spirit may they maintain and uphold the glorious principles of human liberty. . . Show unto them that we are their friends, that we love liberty, that we will join with them in upholding the rights of the people, the Constitution and laws of our country; and give unto us and our children an increased disposition to always be loyal, and to do everything in our power to maintain Constitutional rights and the freedom of all within the confines of this great Republic.”

Excerpt from the Dedicatory Prayer of the Salt Lake Temple
April 6, 1893

“We trace the hand of the Almighty in framing the constitution of our land, and believe that the Lord raised up men purposely for the accomplishment of this object, raised them up and inspired them to frame the constitution of the United States…We look upon George Washington, the father of our country, as an inspired instrument of the Almighty; we can see the all-inspiring Spirit operating upon him. And upon his co-workers in resisting oppression, and in establishing the thirteen colonies as a confederacy; and then again the workings of the same Spirit upon those men who established the constitution of the United States.”

6) Joseph F. Smith (whose Father, Hyrum, was shot to death by a mob at Carthage Jail)

“I wish to say this, there isn’t a feeling in my soul, nor in any fibre of my being that is disloyal to the government of the United States or to the desire that we have in our souls to maintain the principles of individual and National liberty, justice and freedom that have been established in the Constitution of our country. I believe in the Constitution of the United States. I believe in the principles which that instrument promulgatesthe freedom of mankind to do right, to worship God according to the dictates of their own conscience, freedom to pursue their way in peace and to observe and maintain their rights, their freedom, their liberties, and justly recognize and equally preserve and defend their rights, freedom and liberty of their neighbors and of their fellow beingsand of all God’s creatures. I believe that the Constitution of the United States was and still is an inspired instrument. The Lord God Almighty inspired the minds that framed it, and I believe it ought to be most sacredly preserved. It is worthy of the defense and should be upheld by all the people of our land.”

7) Heber J. Grant (Who at age eight days lost his father and was the first Prophet to be born in Utah)

“From my childhood days I have understood that we believe absolutely that the Constitution of our country is an inspired instrument, and that God directed those who created it and those who defended the independence of this nation. Concerning this matter it is my frequent pleasure to quote the statement by Joseph Smith, regarding the Constitution: ‘The Constitution of the United States is a glorious standard; it is founded in the wisdom of God. It is a heavenly banner; it is, to all those who are privileged with the sweets of liberty, like the cooling shades and refreshing waters of a great rock in a weary and thirsty land. It is like a great tree under whose branches men from every clime can be shielded from the burning rays of the sun.’ [TPJS 147]. And such the Constitution of the United States must be to every faithful Latter-day Saint who lives under its protection.”

Thank you, Bro. Proctor, for sharing these in July & for re-sharing them during Constitution Week (Sept. 17 & thereafter). We members of The Church of Jesus Christ of Latter-day Saints have a responsibility to study and promote the divinely inspired Constitution. We cannot follow it if we do not know what it says. Hillsdale College's free on-line course, Constitution 101, is excellent.

What is our responsibility in protecting this great gift we have been given? First to be informed, to appreciate, then to teach our children and show them the way. God bless America.