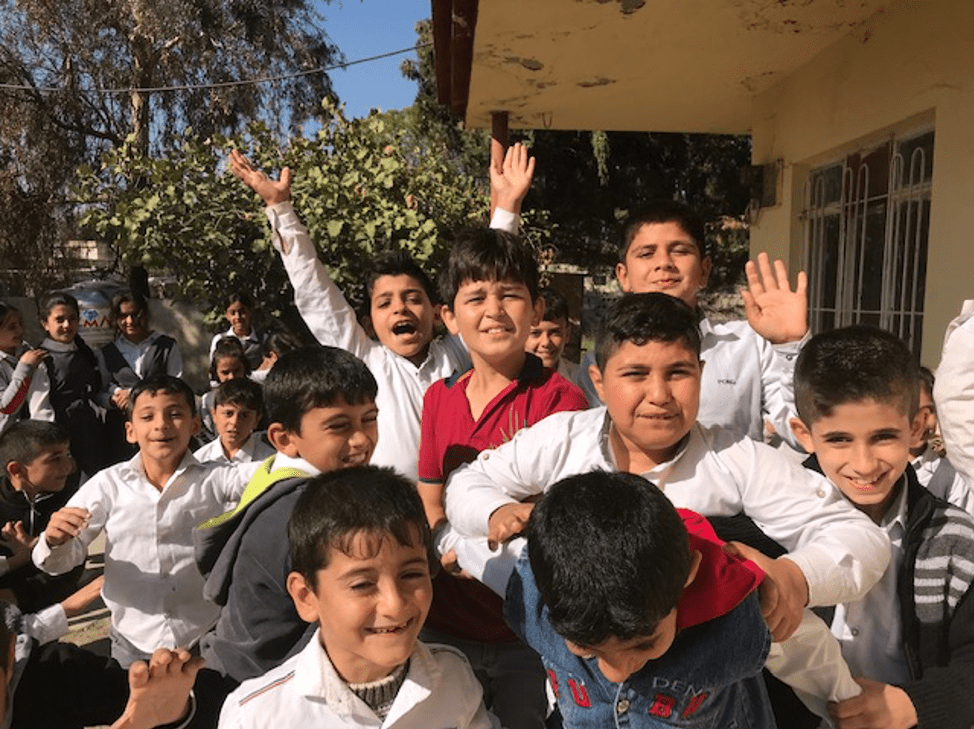 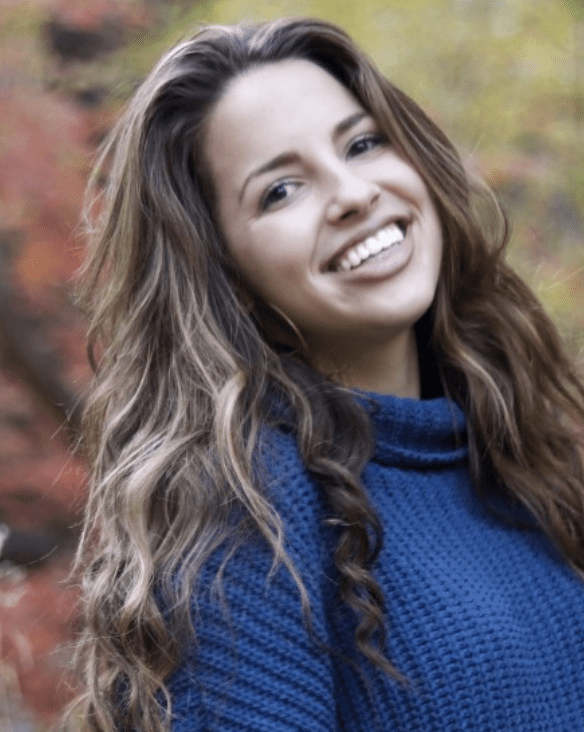 If you were asked to name one of the most notoriously unstable regions in the world, Syria would likely be the first country to come to mind. Images of bombed-out cities that resemble disaster films, as well as chilling pictures of refugee children washed up on the shores of Greece have circulated the globe ever since the start of the Syrian Civil War in 2011.

The raging violence has resulted in an estimated 450,000 deaths. As problematic as the death count is the refugee crisis. Syria has become the face of the modern crisis, with 5 million refugees who have fled the country and 13.5 million people who are internally displaced. To complicate matters further, Syria is located in the heartland of the Middle East, bordering Iraq, Turkey, and Lebanon. These other countries already face internal pressures and conflicts that have been further exasperated with the influx of refugees from Syria. In fact, Syrian refugees now account for 25% of the inhabitants of Lebanon. With such a complicated situation of uncertainty and violence, it may seem like the last place that would have progress, peace, or Christ-like love. However, through the actions of certain inspiring individuals, that has become far from the truth.

Since January 2019, Ken and Joyce Asay have been senior missionaries for the Church of Jesus Christ of Latter-Day Saints in the Middle East Africa North mission. The majority of their stay was just south of the Turkish border in Duhok, Iraq, the capital of Kurdistan. While they did not spend their time participating in typical proselytizing techniques such as contacting or knocking doors, they utilized one of the most powerful techniques to teach the gospel; service.

This service took many shapes and forms. One of the most immediate, crucial needs revolved around the refugees flooding over the border from the violence in Syria. When the Asays were there in October, 1,700 people were arriving each day. In the first two weeks, 13,500 people came from Rojava alone. LDS Charities responded immediately in an effort to get aid to the deserving refugees, putting Ken and Joyce in charge of distributing “hot meals” to all who needed them.

To answer the call, these two senior missionaries drove three and a half hours in order to greet the refugees who were arriving at the front-line after spending many grueling days walking to cross the border. The refugees gathered in a valley and waited until early in the morning, at 2:00 A.M, to come in one large group to the checkpoint. They used this cover of darkness to make their march into safety. Ken explained that the sight of the refugees was one that exuded horrible difficulty and sheer exhaustion. Their eyes had a faraway look, while the children who were draped over their mothers lacked the energy to even whimper.

For the next hours, Ken and Joyce Asay met with the refugees, helping to feed them, attend to their needs, allocate medical supplies, and simply spend time visiting together. Refugees who had worked as mechanics, nurses, and construction workers related their stories of how their entire neighborhoods were bombed. Now, having been forced to flee, they found themselves regulated to nothing but camp workers, with no work opportunities.

One of the most notable features of this service is the fact that it all occurs with no fanfare. Rather, in conjunction with LDS Charities, Ken and Joyce simply focus on service. There is no attempt for publicity or mass recognition. Instead, an injustice is simply acknowledged and addressed.

This service extends beyond refugees. Through the direction of LDS Charities, the Asay’s worked in the school systems, the farming communities, and maternal health wards to spread Christ-like love and service.

The Arabic phrase “inshallah,” or “God willing,” is a common principle that is applied to daily situations throughout the Arab world. A beautiful idea, it is taken to a tragic extreme when it comes to newborns. When a child is born and does not automatically breathe without assistance, it is a cultural norm to assume that they are beyond saving. As a result of this, many children are buried alive that could have been saved with proper medical attention.

In response to this, the Church worked through Ken and Joyce and local nurses to train against this cultural norm and buy the equipment necessary for nursing children to health. Since introducing this, hundreds and thousands of newborn lives have been saved. Ken and Joyce also were able to teach about the importance of family history during English classes given to nurses, introduce self-reliance practices to villages on the Tigris River through chicken farming, and build bathrooms and desks for neglected schools.

These explicit acts of service are clearly admirable and inspiring. However, one of the biggest motivating takeaways that the Asays felt actually regarded the nature of the service. They were struck by how powerfully the Church followed Christ’s definition of service, which is a type of service that knows absolutely no boundaries.

Here they were in one of the most religiously diverse places in the world. They were surrounded by everyone from Sunni Muslims, Shia Muslims, Syrians, and Assyrians to the Yazidi, tribal Northern African groups, and the Chaldeans. Such an abundance of beliefs and cultures interacting in one area typically poses questions for humanitarian groups. Who should be prioritized? To whom should resources go? Usually, that question is answered logically, with a methodological approach that accounts for religious and cultural similarities between donor and recipient. This norm was illustrated with a story that the Asays experienced while eating in a small hotel cafe.

As Ken and Joyce ate, they were surrounded by the familiar sounds of Kurdish and Arabic rising from tables around them. They were understandably surprised when they heard a woman speaking in English from a table behind them, and they knew they needed to go introduce themselves. When they walked up, they greeted the young couple from Hungary, both of whom were representatives of a charity organization. After a pleasant conversation about their lives and their purposes for being in the region, the Hungarian woman curiously asked, “How do you find the Christians? We are having difficulty locating them to offer them the aid.”

To the shock of both the Hungarian workers, Ken and Joyce began to explain that they do not seek out the Christians. They served everyone. Jews, Muslims, Christians. Even the Yazidis, a group despised by Muslims who were systematically murdered and persecuted by Saddam Hussein. It did not matter the religion, socioeconomic status, or ethnicity; true disciples extend service and understanding to all. Ken and Joyce simply stated, “if there is someone in need, I will take care of them.” They noted how meaningful it is to belong to a church that practices such a pure form of religion.

Though it should be the expectation, this mindset is actually more uncommon than we might imagine. Though the Savior explicitly taught this principle through his loving actions, humans still manage to mess it up. Somehow, we create exceptions, deciding that certain people or groups are not worthy of our service. When this happens, we just need to look back to Christ.

Christ gave us the perfect example of true service. He served the poor, the ignorant, the socially despised. He served the Pharisees, the Samaritans, women. To follow his example in modern times, this equates to us serving not only our fellow Christians or the homeless. It requires us to serve both the Mexican immigrant and the wealthy businessman, the refugee and the lawyer, the Republican and the Democrat.

There are so many diverse perspectives in the world. We can all only see a fraction of the grand picture of life. In the book When Breath Becomes Air, Paul writes, “the doctor sees one, the patient another, the engineer a third, the economist a fourth, the pearl diver a fifth, the alcoholic a sixth, the cable guy a seventh, the sheep farmer an eighth, the Indian beggar a ninth, the pastor a tenth. Human knowledge is never contained in one person.” However, service allows us to expand our views and see through the eyes of other people. As such, it increases the richness of our own lives and understanding. As our empathy increases, the world in all of its diversity becomes a more welcoming place.

Through acceptance and service towards all people, no matter their walk of life, we can create meaningful relationships, draw closer to the Savior, and shape a more lovely world. Ken and Joyce emulated this as they served as representatives of the Church. In the words of Gordon B. Hinckley, “May the real meaning of the gospel distill into our hearts that we may realize that our lives, given to us by God our Father, are to be used in the service of others.”

How lucky we are to be a part of a Church that lives this commitment to Christlike service.

Great story. I was wondering who "Paul" is, he is quoted from a book he must have written but I do not recognize the book nor the author. I'm sure it isn't Paul the Apostle in the New Testament!

How wonderful it is to be part of a church community that serves all people. I love Joyce and Ken and feel blessed to have been served by them in the past. They are truly loving Christ-like members of our church.