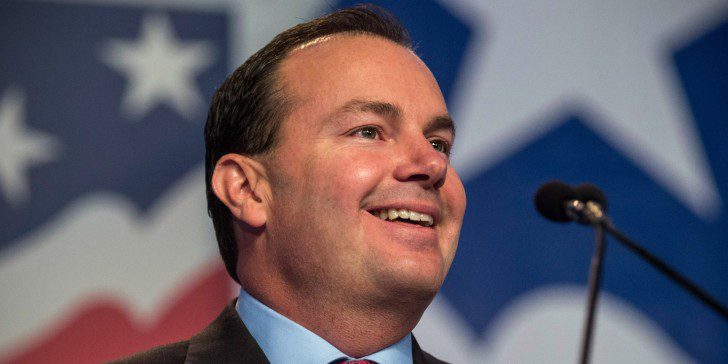 Today the Supreme Court will hear oral arguments in a case involving four separate lawsuits, each dealing with the same question: does the U.S. Constitution require the redefinition of marriage?

The answer is simple: there is nothing in the Constitution prohibiting the states from retaining the traditional definition of marriage as a union between a man and a woman.

This case comes from the 6th Circuit Court of Appeals, which ruled last year that the citizens of Michigan, Kentucky, Ohio and Tennessee have the constitutional authority to amend their state constitutions to define marriage as the union of a man and a woman.

The basis of the 6th Circuit’s decision is the plain fact that the Constitution is silent on the question of marriage, just as it is silent on many questions that arise in the public square.

This is by design.

When the Constitution neither requires nor forbids a particular policy outcome, it leaves the matter up to the people to decide. In this sense, our Constitution is not an answer book as much as it is a blueprint. It’s purpose is not to resolve every debate, but to create a framework of government in which a free people can govern themselves and address the questions of the day through their elected representatives.

And unless it’s an issue of specifically national or interstate consequence, the Constitution directs this decision-making process to occur at the state level, to create the space for the greatest diversity of opinions to be expressed.

This is how marriage policy has always been determined in America. As Supreme Court Justice Anthony Kennedy rightly observed in United States v. Windsor, “[t]he significance of state responsibilities for the definition and regulation of marriage dates to the Nation’s beginning.”

The current debate about same-sex marriage does not change the fact that marriage policy should be decided by the people and their representatives, not dictated by unelected judges.

In recent years, voters in more than 30 states, including Utah, have passed amendments to their state constitutions that define marriage as an exclusively male-female institution. In 11 other states, the people have chosen to redefine marriage to include same-sex relationships.

The democratic process has yielded a diversity of outcomes because there is no consensus regarding the definition of marriage. The country is obviously in the process of making up its mind. The Supreme Court should not short-circuit that democratic process by substituting the views of five judges for those of 320 million people.

But while Americans may be divided over the definition of marriage, an overwhelming majority of people agree that the government should not coerce anyone into violating their beliefs about marriage.

A recent poll shows 81 percent of Americans agree “that government should leave people free to follow their beliefs about marriage as they live their daily lives at work and in the way they run their businesses.” Yet today there are many individuals, associations and businesses in America who are denied this fundamental right of conscience.

There are those involved in the wedding industry — like photographers, florists, bakers and even ordained ministers — who face coercion, intimidation, costly lawsuits and financial penalties from state or local officials for declining to participate in same-sex ceremonies. And there are the religiously affiliated adoption agencies that are forced to shut down because their faith directs them to place children with a mother and a father.

This should be concerning to all Americans, regardless of one’s view on marriage. When a government forces someone to choose between making a living serving one’s community and adhering to one’s religious beliefs, our society is left less tolerant and we are all made less free.

Many of these threats must be addressed at the state and local level. But there is also a role for Congress to at least ensure federal powers aren’t employed against those exercising their religious beliefs.

In the wake of the Windsor decision, President Obama declared that, because “Americans hold a wide range of views” on the issue of marriage, “maintaining our nation’s commitment to religious freedom” is “vital.”

That’s why, as the marriage debate progresses, I am committed to passing legislation clarifying that federal laws cannot be used to penalize individuals or groups who believe in traditional marriage.