Sen. Lee Sponsored a Resolution against Mob Violence that the Senate Turned Down | Meridian Magazine 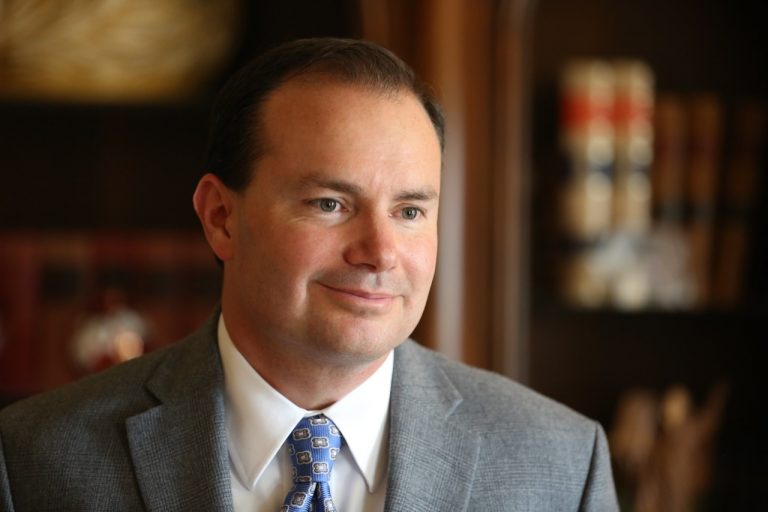 Sen. Lee Sponsored a Resolution against Mob Violence that the Senate Turned Down

Last Thursday, before the break for the fourth of July recess, Sen. Mike Lee of Utah, offered a resolution to get the Senate “on record condemning the rising tide of mob violence we see across the country, and the increasingly prevalent mob-mentality that is fueling it.”

Certainly, having the Senate condemn the violence is a voice we’ve needed to add support against the statue toppling, shooting, fires and chaos we’ve seen in the last many weeks.

Senator Lee was especially moved to do this because one of his own constituents was shot in Provo when an armed mob surrounded his truck as he was just driving along.

He told the Senate, “The resolution is not controversial. Even in these divisive times, it’s something I think we can all agree on.”

He was sorely disappointed and surprised to see that he was wrong. He had purposely designed the resolution to be unifying, bipartisan and avoid controversial subjects so that the Senate could come together to decry violence, but it led instead to a heated moment.

His resolution, which can be READ HERE, included these ideas:

“The United States of America was founded in 1776 on universal principles of freedom, justice, and human equality…

“Throughout our nation’s history, Americans have struggled to realize those ideals … but nonetheless made greater progress toward them than any nation on earth;

“The United States is a diverse nation committed to cultivating respect, friendship, and justice across all such differences, and protecting the God-given equal rights of all Americans under the law…

Therefore be it resolved, that it is the sense of the Senate that the rising tide of vandalism, mob violence and the mob mentality that feeds it – including its cruel and intolerant “cancel culture” – should be condemned by all Americans;

… that peaceful demonstrations and mob violence are different in kind;

… that physical assault and property destruction are not forms of political speech but violent crimes whose perpetrators should be prosecuted to the full extent of the law.

Sen. Lee didn’t have any pushback from the Republicans, but he started receiving notice that there would be some objections from the Democrats. At that point he took the resolution to the floor with some incredulity. To him it was straightforward. Mob violence shouldn’t happen. It is happening. It should be stopped.

That was when Sen. Bob Menendez of New Jersey objected to the resolution saying that he wanted to add a line specifically calling out President Trump which Sen. Lee wouldn’t accept, because his resolution was designed to be politically neutral.

Then Sen. Menendez took it a step farther saying that he took issue with the description of the founding of the United States, saying it “reeks of a supremacist view” and objected that there was no mention of America’s “original sin, which is slavery.” He questioned the part of the resolution suggesting that the country is morally committed to justice across all ethnic, racial, religious, and cultural difference and to protect equal rights for all. Sen. Menendez’s objections scuttled the resolution.

Sen. Lee noted that “usually someone doesn’t want to object to something like this if they really are alone, if there is no one else raising the objection. He didn’t make any representations to that effect, but I assume there were others and probably represented the view of the Senate Democratic conference. There were no Democrats who came down to express a different point of view.”

Commenting later on this objection, Sen. Lee said, “To be clear, there are plenty of things in our history that are not consistent with the principles on which our country was founded. They are not consistent with the Declaration of Independence or the Constitution, but those principles have themselves withstood the test of time and have themselves differentiated us from other countries, even when we haven’t abided by them.

“We had a sense as a country that we needed to do better and that we were acting contrary to our own principles. As people like to point out, among the Founding Fathers were a number of slave owners—quite a few of them—many if not most of whom acknowledged that slavery was evil and some of whom took steps toward getting rid of it. So, to say that because we have done things that are inconsistent with what our founding documents say and the principles upon which we were founded, it doesn’t make those documents any less true, it just means we weren’t being true to them.”

Senator Lee added, “The Declaration of Independence is the soul. It’s the statement of expression of our collective belief as a society in the inherent worth and dignity of the immortal human soul. It is the acknowledgement that our rights come from God and that they exist outside the structure of any government, and we have lost sight of that. We have lost sight of the aspiration, of the goal of these abstract principles that were stated so eloquently, articulately and concisely by Thomas Jefferson, because it is that document that makes it clear that we are free, we have rights, and those rights make proof to us that governments are instituted among human beings for that very purpose.”

Sen. Lee mentioned how disconcerting it was recently to see a fourth of July program where teenagers were interviewed about how much they knew about why we celebrate the holiday and the founding of America. “I don’t know how many people were interviewed—I don’t know if it was a fair cross section—but they couldn’t even name the basic facts. They couldn’t identify the year the country was formed or who we won our independence from. They were certainly not familiar with the enlightened and inspired words of the Declaration.”

His resolution scuttled, Sen. Lee, gave an impassioned plea on the Senate floor against mob violence.

“As we saw in Seattle this week, these mobs are not going to stop … until they are stopped. A non-binding resolution is the tiniest first step of a response, the merest exercise of the Senate’s atrophied institutional muscles.”

“We need to do much, much more. And I look forward to working with colleagues on both sides of the aisle developing legislation to do it.

“People are being shot, businesses are being looted, innocent Americans are being attacked and threatened.

“Lives are being ruined, communities are burning, literally burning.

“So whose side are you on?”

“I want all my colleagues to know that when we return from recess, we’re coming back to the Senate floor and we’re not just going to be debating nonbinding resolutions.

“It’s long past time to expose the shiftless idiocy of the anti-American, anti-science, anti-establishment, anti-Constitution mob, and remove their snouts from the federal trough.

“Colleges and universities that punish free speech and discriminate against conservative and religious students.

“City councils who defund their police departments and refuse to protect public safety.

“States that force doctors to mutilate confused children without their parents’ consent.

“School districts that embrace the ahistorical nonsense of the 1619 Project.

“The smug sneering privilege of all the above and much more, the whole garbage fire that is the so-called “woke ideology” depends on federal money.

“The mob hates America on America’s dime. It’s time to cut off their allowance.”

The silence of the Senate on mob violence is disconcerting, but it is surprising how many people are quiet as they watch a woke philosophy power grab that is based in large part on disdain for America’s founding principles.

Sen. Lee commented on the silence, “It’s easy to understand why in moments like this many have an instinct to be quiet. It’s uncomfortable not to be. You can lose your job; you can render yourself unsafe; you can find yourself subject to physical and verbal assault, and it’s also not comfortable. Even if none of those things happen to you, it is just not a comfortable thing to talk about. It becomes tempting to stay quiet.

“When things like this happen, you think this is unusual, it shouldn’t be happening, surely this is an aberration, surely this won’t last long because surely most people in this society are good and won’t behave like this and then this will end. There is no reason for me to talk obsessively about something that will be brief and fleeting. Bad things happen and it’s part of life.

“It is an understandable instinct that causes people to not want to talk about it. But when they go on as they now have for weeks and weeks and especially when you start not only experiencing the disquieting silence of those around you but you start seeing people who should know better who might be defending lawless behavior, that’s where it gets kind of scary. And where you see some government entities responding to it saying, ‘Ok, well maybe we just shouldn’t have police anymore,’ that just defies reason. That is probably yet another reason people remain silent. It’s confusing. It’s a normal human response when you see something you don’t understand and that appears to completely defy logic and reason to be silence in response to it.”

Sen. Lee’s hope is that despite the failure of his resolution, that Senate Republicans and Senate Democrats [will] able to speak with one voice against woke mob violence and in defense of equal justice and civic peace.” It “would be a welcome step.”

Sen Lee's mistake was to use the political phrase, "cancel culture". In this time of divisive, hate-filled power struggle, words no longer mean what any normal person would think at first reading. He used a buzz word. We clearly have mob supporters in the Senate and some who, without thought or hesitation, will oppose any statement from a member of the opposing party. We are in desperate need of term limits and leaders who are honest supporters of the founding principles of the United States.

Annette K, Let me explain how this works. Since on this kind of non-binding resolution it takes unanimous consent to pass, all it takes is one senator to scuttle it. The Republicans were all on board with this resolution, but not all of the Democrats, Sen. Menendez came to the floor of the Senate to voice his complaints and there were rumblings that other Senate Democrats felt the same. It isn't correct that all of the other Senators, Democrats and Republicans were against this resolution against mob violence.