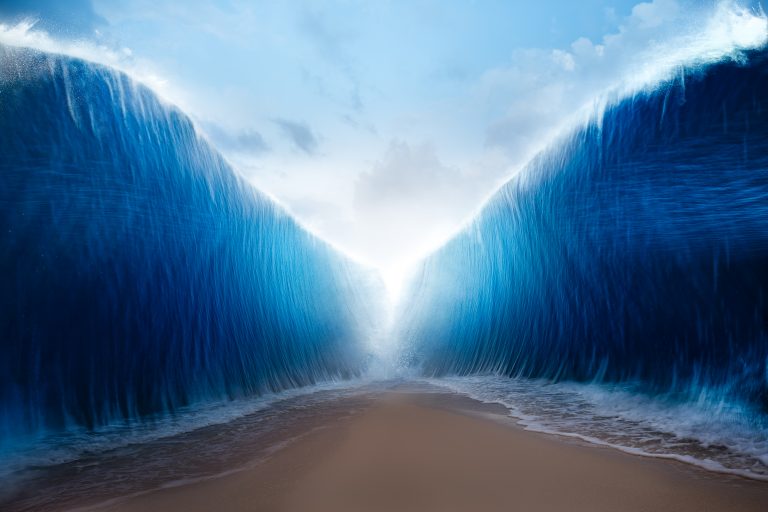 I’m a believer in miracles, and love to hear about the widely varied miracles that we as God’s children are privileged to experience.  My faith is strengthened by President Nelson’s directive to “Seek and Expect Miracles.[i]  God said,  “I am a God of miracles,”[ii] and he means it.  Read these miraculous accounts…

Miracle of Comfort during Horrific time

Jeanne Guinn recounts a never to be forgotten experience,

“When I was 21 yrs. old my husband was shot and killed in front of me. As he lay dying I distinctly felt arms around me, comforting me. I don’t know if it was my dying husband’s spirit or an angel but 50 years later I can still vividly remember the experience. I have learned much since then from the teachings of the church to understand what the experience was. I will be ever grateful to my Heavenly Father for his loving kindness in my grief. [iii]

Sometimes the Lord simply gifts us a miracle as Jeanne can attest, but often he sends His miracles after we employ positive spiritual exertion (faith) in a given situation…

Miracle of A Father’s Blessing thousands of Miles Away

In the early 2000’s in Nicaragua, a missionary, I’ll call Elder Brown, was having a tremendous struggle.  He was discouraged and depressed.  He was homesick and didn’t feel like he was helping anyone.  One particular Saturday, as he was proselyting, he decided that he was at the end of his rope.  He thought,

“I can’t do this anymore! I can’t understand the language, no one is listening to us, and I miss home!”

That night as he was going to bed, he felt he was only holding on by his fingernails.  He knelt in prayer and pleaded for help:

“Oh, Heavenly Father I can’t do this much longer.  I miss home and oh how I wish I could just talk with my dad for advice or receive a father’s blessing.  He’d know just what to say.  I can’t take this much longer. Please help me!”

That night as Elder Brown slept, his earthly father, who lived 3,400 miles away, was suddenly awakened in the middle of the night with the clear impression that his son was struggling and needed a Fathers prayer/blessing.

He straightaway got out of bed, knelt down and pronounced a blessing upon his son through prayer to his Father in Heaven. He said,

“Father my son needs a blessing. I know this is not the traditional format for such a thing, but he is thousands of miles away and in need!”

He then began to give him a blessing remotely.  He said,

“Son, I am proud of you for what you are doing. The message you are teaching is so important to those you teach. I bless you with the strength necessary to carry on. I bless you with a new perspective on the work you are engaged in. I bless you to remember what makes all of this possible. Jesus, who descended below all things makes this all worth it. I love you, in the name of Jesus Christ, Amen.”

The next morning was Sunday, and Elder Brown went to church.  As he sat in Sacrament meeting that day, he felt an indescribable feeling come over him. He felt such a strong feeling of love and joy encompass him. As he sat there partaking of the sacrament that day, he realized that his suffering was minimal compared to the suffering the Savior endured.  He felt a renewed love and energy for the work and was deeply committed to stay.

The following day was P-day.  Elder Brown was so eager to send an email home to tell his family about his unexplainable change of heart. He described how he had prayed a desperate prayer when he was at the end of his rope, and that he had been the recipient of a miracle during sacrament meeting.

Elder Brown received an email from his father that day, and learned that his prayers had been heard, and that his father had purposefully been awakened and strongly prompted to give him a blessing from afar.[iv]

To receive a two-way miracle such as this was awe-inspiring!  There is nothing the Lord cannot do especially after we put forth fervent positive exertion (faith) in our prayers…

A very familiar type of miracle these days deals with our departed family members. Ashlee Gill recounted a delightful story about how she was directed to find a family line. She writes,

“In 2018 I was looking for names to take to the Kansas City temple with my niece and sons. We were leaving early the next morning for the flight and I had looked for an hour or so and I hadn’t been able to find many names so I just decided that I would take the few names I found.

As my time was running out, I prayed that heavenly father would help me find some names, especially some male names that my boys could do, but I didn’t find any.  The next morning I awoke about 10 minutes before my alarm. In a half sleep I was dreaming and in the dream I kept hearing the name Franklin Fagan. (In my dream I was at a basketball game and the crowd was chanting his name over and over.)

When I woke up, the name kept repeating in my mind and I started to question why. It probably played in my head about 100 times. Then it dawned on me that it was a spirit who needed his work done. The last name Fagen seemed a little familiar but I didn’t know much about the family.  So in the midst of getting ready to go to the airport that early morning, I went to Family search and found Franklin Fagan.  Then I saw his son was named Franklin Fagan and his dad has his same name (George Franklin Fagan) and his father had the same name. (4 generations with the name Franklin Fagan.) Crazy isn’t it?  I reserved their names and was so amazed at how much these people are aware of us and the Temple work we do for them.  Miracles! [v]

There are thousands of such marvelous stories as people do their family History and Temple Work.  You may have had a few yourselves…

President Nelson taught us about the way we should be preparing to receive miracles.  He said,

“…the Lord will bless you with miracles if you believe in Him, “doubting nothing.” Do the spiritual work to seek miracles. Prayerfully ask God to help you exercise that kind of faith. I promise that you can experience for yourself that Jesus Christ “giveth power to the faint; and to them that have no might he increaseth strength.”[vi]

I LOVE those powerful and profound words!  As we exert faith, miracles happen.  I discovered this power for myself just last week…

When my husband and I were looking for a new home, we found two we really liked.  The tiebreaker came because in the yard of one of the homes lived an owl.  I was so taken with it that I joyfully made the decision to buy that particular home because of the owl.  Imagine my disappointment when after only two days after we moved into the house, the bird left.  For months I prayed that that owl would return, but it didn’t happen.

Miracle #1 Fast-forward a year and a half later.  My daughter had a new baby and had 3 other children to take care of, so I was on kid duty and kept the children at my home for 2 or 3 days while my daughter recovered.

One night my granddaughter had a high fever and was sick all night. I was up with her every hour or so.  I started feeling the symptoms come over me as well.  “Oh NO!  I can’t get sick now!”  I thought.

I remembered that I had also promised my non-member neighbor, that I would fast with her that following day in an important matter to her.  So that night, I prayed with ALL my might to be healed so that I could help my sick granddaughter, have strength to help my daughter and her little children, and especially the strength to fast with my neighbor.  I EXPECTED miracles.  I HAD to!  I kept uttering the phrase, “OF COURSE YOU WILL HELP ME!” over and over knowing that He wanted me to serve, so I used my strongest positive exertion (faith) that I could muster.

That next day after only a couple hours of sleep, I woke up with NO symptoms of illness and instead energetic and filled with the spirit.  I was blessed to fast with all my heart for my neighbor and take care of all that goes into taking care of 3 small children.  There was no way it was a natural phenomenon!

Miracle #2 The following morning I went outside for something and was absolutely astounded when there right in front of me was the Owl, and this time he brought his mate. This was no coincidence.  I felt like God himself thanked me for caring for His precious ones by giving me that sign of His love.  I can’t tell you how powerfully this impacted my spirit!

As we exert our faith we can receive miracles such as angelic comfort during a traumatic time, feel a son’s pleadings even over thousands of miles, find four generations of Franklin Fagan, and even witness an AWOL owl return at just the poignant moment.

We should seek and expect Miracles, because God is willing to send them if we put forth the spiritual effort to receive them.  God has said “I am a God of miracles,”[vii] and he means it…Feel Free to CONTACT me at [email protected]

Thank you, for this beautiful article. It is precisely what I needed at this particular time. While I am a strong believer in miracles, your article gave me a clarity and inspiration that will expand and direct my faith experiences in more effective directions. My random discovery of your article has been a miracle to me this very day.