Seeds Are Safe in Your Cupboard, but That’s Not What Seeds Are For | Meridian Magazine 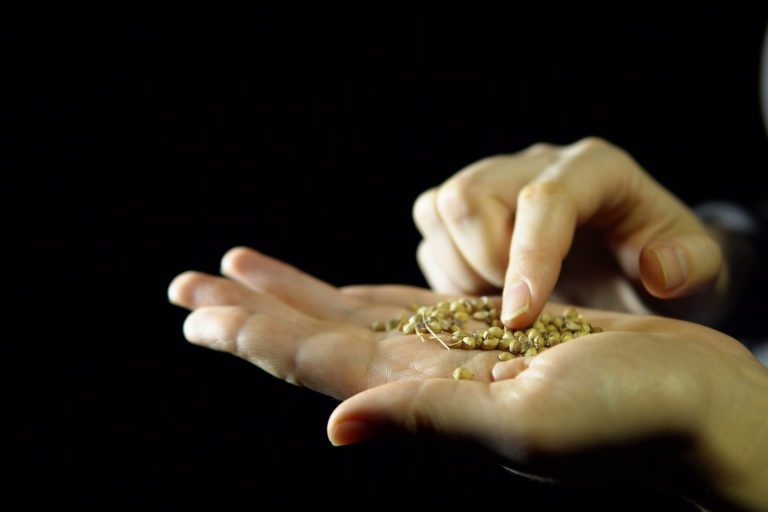 Seeds Are Safe in Your Cupboard, but That’s Not What Seeds Are For

The following is excerpted from Third Hour and was written by David Snell. To read the full article, CLICK HERE.

My wife and I planted a garden this month. Squash, cucumbers, pumpkins, watermelons, bell peppers, and strawberries. I figure that before I risk raising a child, I should at least be able to raise a few plants. We’ll see how it goes. Seeds are interesting things, though. As I’ve tried to grow them in the past I’ve noticed something I find rather counter-intuitive: When left alone, most seeds just don’t die. They’re resilient. Stash them on a shelf for two, three years, and they’re still good to plant. But once they’ve sprouted, that new plant is much more vulnerable than it would have been had it just stayed as a seed. Now, it can die hard, and die fast.

The vulnerability of potential

Seeds, though resilient, are pretty much useless unless you plant them. They don’t do anything. I mean, I guess you can eat some of them (pumpkins, sunflowers, peanuts), but ultimately their purpose is to bare fruit.

But as soon as you plant that seed, you’re putting it in danger. That’s kind of surprising to me. You’d think that as you nourish a seed into a plant, it’d only get stronger and stronger, right? Wrong. As soon as that seed starts to unlock its potential, failure looms large. It sheds its protective casing, and reaches for the sky.

In order for a seed to fulfill the measure of its creation, it must be planted and therefore be placed in harm’s way.

Alma 32 treats the word of God as a seed, so we’re going to roll with that example. But keep in mind what the ‘seeds’ in your life might be.

The word of God (books of scripture) sitting on a shelf is just as useful as an unplanted seed. Its potential is enormous, but it’s useless until you crack it open and start to study. Once you do start to study, a few things happen.