Section 88: Poetry From the Tree of Life | Meridian Magazine 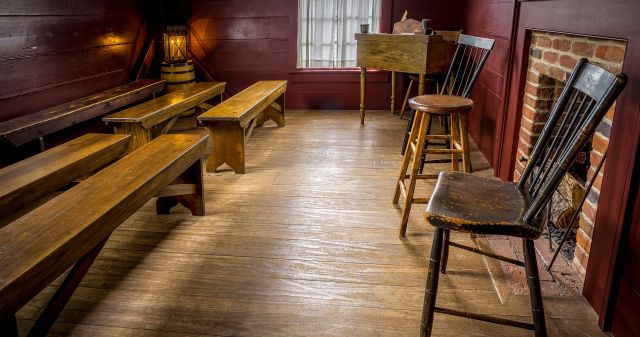 Section 88: Poetry From the Tree of Life

Editor’s Note: The following is part one in a two-part series. Watch for part two which will be published on Thursday of this week.

As the second longest section in the Doctrine and Covenants and the longest up until then for the Saints, it is no surprise that it raises as many questions as it answers.  Joseph called it the “Olive[1] Leaf, which we have plucked from the tree of paradise” in a letter to W.W. Phelps.  It was received in response to a prayer requesting information concerning Zion, just after Christmas of 1832.  As is common, we ask “Twinkie” questions and get “grocery-store” answers. Some of the questions that this section addresses include:

An article could be written on each of these twelve questions, but lessons and commentaries have addressed them all[2], so this article will not be comprehensive.  But even with all those answered, I still wonder some things that the answers don’t seem to cover, such as:

As I have written before, sometimes the structure of a revelation serves as a pondering focus that reveals answers, otherwise unavailable.  These eight questions find explanatory insight in the paired elements of what seems to be a whole section chiasm:

3 Wherefore, I now send upon you another Comforter, even upon you my friends, that it may abide in your hearts, even the Holy Spirit of promise; which other Comforter is the same that I promised unto my disciples, as is recorded in the testimony of John.

4 This Comforter is the promise which I give unto you of eternal life, even the glory of the celestial kingdom; DC 88

Because the Savior included reference to the Holy Ghost as “another comforter”[3] and the “second comforter” and these verses reference “the Holy Spirit of Promise,” we are often left confused or just quickly pass by these references.  But a differentiation is essential if we are to understand the organization of this section and thereby, reach the central divine message.

The Guide to the Scriptures defines the Holy Spirit of Promise as:

The Second Comforter is also defined in the record of John:

18 I will not leave you comfortless: I will come to you.

21 …and will manifest myself to him.

23 …If a man love me, he will keep my words: and my Father will love him, and we will come unto him, and make our abode with him. John 14

“These verses clearly refer to the Lord himself and his coming to man.” JFSmith; Doctrines of Salvation, 1:55

Both “another comforter” and the “Holy Spirit of Promise” refer to the functions of the third member of the Godhead, The Holy Ghost.  Since His function as “The Holy Spirit of Promise includes both the ratification of each ordinance, and the ratification of one’s life as a whole with the promise of eternal life, John included a mention of the “Second Comforter” or the personal ministration by Jesus Christ Himself to one sanctified and justified by faith and obedience to the to the laws and ordinances, because the function of the HSP and the SC can be part of the process of having one’s “calling and election made sure” before death.[4]

“When the Lord has thoroughly proved him, and finds that the man is determined to serve Him at all hazards, then the man will find his calling and his election made sure” TPJS p150

But why is this given to some, while most will await the promise while crossing the veil in death, faithful to one’s covenants?[5]  The Prophet explains,

“Then, having this promise sealed unto them, it was an anchor to the soul, sure and steadfast. Though the thunders might roll and lightnings flash, and earthquakes bellow, and war gather thick around, yet this hope and knowledge would support the soul in every hour of trial, trouble and tribulation.” TPJS 298

It might be a good news-bad news privilege, signaling coming trials that would require sufficient strength to endure them.

The chiasm pairing of the Holy Spirit of Promise with the School of the Prophets with its washing of feet can be easily understood as the incremental unfolding of the sacred ordinances of the temple.  These ordinances began in Kirtland as the “washing of feet” which was performed in the school of the prophets, as a sacred preparatory ordinance for those brethren learning priesthood service but would also continue as part of later ordinances often referred to as “the second anointing.”[6]

Though the School of The Prophets has been officially discontinued, the concept of deeper gospel study lives on in Temples, seminaries and institutes of religion, priesthood, and Relief Society classes, and now in Come Follow Me study sessions in the homes of each faithful family of the Church. But the idea of pursuing one’s “calling and election” is not discussed in any current church curriculum.  Since The Prophet Joseph explained that it should be taught in the right places[7], I asked one of the twelve, what that meant.  He asked me what one’s focus would be if he were to pursue “making his calling and election sure?”

I thought a minute and then suggested that if one were totally dedicated to that idea where every prayer and many fasts were devoted pleadings to have that sealing surety, one’s focus would inadvertently be on oneself.  He then asked what it is called when one is totally self-focused?  I answered easily, “Pride!”  He asked if that wouldn’t block every chance at receiving the privilege?  I agreed, to which he then asked me how I should then go about “making my calling and election sure?  I thought a minute, now understanding the dangerous trap, and responded that one should love God with all one’s heart and love their neighbor as Christ did and then leave the sealing timing to the Lord.  He smiled knowingly and then said, “Now go and teach that!”

CHIASM PAIRING #2: The Light of Christ as center and operating law of the macro, micro, and personal universe vs 8-26 – The temple as center of learning and becoming vs 117-126

We sometimes relegate the Light of Christ only to our conscience.  While Moroni[8] made it clear that the conscience is a product of this ubiquitous force, this section makes it clear that it is far more pervasive than personal conscience. This light is declared as the origin of all our laws of physics and chemistry, the operative force of the universe and part of our very nature and all that is created.  Pairing this central force with the temple helps us understand why, throughout Israel’s history it was placed in the center of their camp.  Joseph Smith taught that the very purpose of the gathering throughout all time, has been to enable the building of a temple[9] so the Saints could be taught the mysteries or things that God reserved for Himself to teach directly through the Spirit, whereby, we can be transformed – capable of thriving in His presence in the world to come.[10]

Part 2 will continue to the pinnacle!

[1] Jewish tradition often refers to the olive tree as the Tree of Life. Elder Russell M. Nelson, Ensign Dec 1989, “Why This Holy Land”

16 And I will pray the Father, and he shall give you another Comforter, that he may abide with you for ever;

17 Even the Spirit of truth … ye know him; for he dwelleth with you, and shall be in you.

26 …the Comforter, which is the Holy Ghost…shall teach you all things, and bring all things to your remembrance, whatsoever I have said unto you John 14

For these overcome, by their faith and their works,

Being tried in their life-time, as purified gold,

And sealed by the spirit of promise to life,

By men called of God, as was Aaron of old.

[6] See footnote 2 above in the Joseph Smith to W.W. Phelps poem

“The Lord mentioned in a revelation on 1 November 1831 that he had granted unto his disciples the authority to “seal both on earth and in heaven” (D&C 1:8). During the same month he indicated that God the Father would reveal to his servants who should be sealed up “unto eternal life” by this power (D&C 68:12).  The ordinance of the washing of feet was then introduced by the Lord as the means whereby someone could be rendered “clean from the blood of this generation” (D&C 88:138-141), and when Joseph Smith administered this ordinance, he stated that those who received it were not only “clean” in a ritual sense but were also “sealed up unto eternal life”” (HC, 1:323-24; see also MD, 829-32). ((Matthew B. Brown, The Gate of Heaven, 235.))

[7] Then I would exhort you to go on and continue to call upon God until you make your calling and election sure for yourselves, by obtaining this more-sure-word of prophecy, and wait patiently for the promise until you obtain it, etc.  Teachings of the Prophet Joseph Smith, p298

16 For behold, the Spirit of Christ is given to every man, that he may know good from evil; wherefore, I show unto you the way to judge; for every thing which inviteth to do good, and to persuade to believe in Christ, is sent forth by the power and gift of Christ; wherefore ye may know with a perfect knowledge it is of God.

17 But whatsoever thing persuadeth men to do evil, and believe not in Christ, and deny him, and serve not God, then ye may know with a perfect knowledge it is of the devil; for after this manner doth the devil work, for he persuadeth no man to do good, no, not one; neither do his angels; neither do they who subject themselves unto him.

18 And now, my brethren, seeing that ye know the light by which ye may judge, which light is the light of Christ, see that ye do not judge wrongfully; for with that same judgment which ye judge ye shall also be judged.

19 Wherefore, I beseech of you, brethren, that ye should search diligently in the light of Christ that ye may know good from evil; and if ye will lay hold upon every good thing, and condemn it not, ye certainly will be a child of Christ.

[9] He explained that the “main object” of the gathering was “to build unto the Lord an house whereby He could reveal unto His people the ordinances of His house and glories of His kingdom and teach the people the ways of salvation.” Joseph Smith,“Discourse, 11 June 1843–A, as Reported by Wilford Woodruff,” in Wilford Woodruff, Journal, 42–43, josephsmithpapers.org;

114 But great and marvelous are the works of the Lord, and the mysteries of his kingdom which he showed unto us, which surpass all understanding in glory, and in might, and in dominion;

115 Which he commanded us we should not write while we were yet in the Spirit, and are not lawful for man to utter;

116 Neither is man capable to make them known, for they are only to be seen and understood by the power of the Holy Spirit, which God bestows on those who love him, and purify themselves before him;

117 To whom he grants this privilege of seeing and knowing for themselves.

118 That through the power and manifestation of the Spirit, while in the flesh, they may be able to bear his presence in the world of glory.