Schooling and Being Schooled in Religious Education | Meridian Magazine 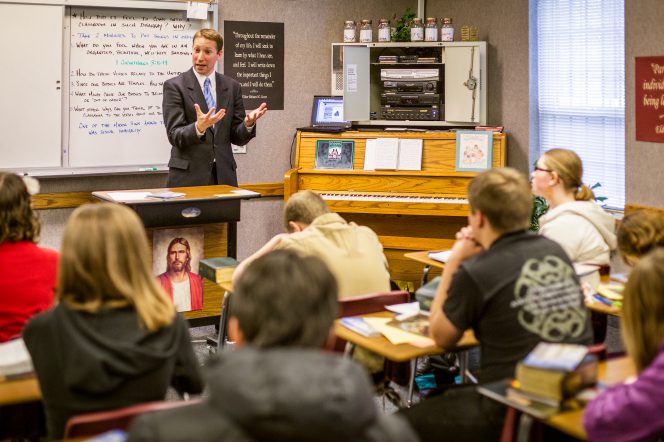 Schooling and Being Schooled in Religious Education

In her debut episode, LDS Perspectives podcaster Stephanie Dibb Sorensen interviews Casey Paul Griffiths, an expert on LDS Church education and its globalization efforts. Together they discuss the history of the LDS Church education system, its early struggles, and its current vision and scope.

The formal foundation of education in the Mormon Church began in 1888 when the church board of education was established. Around this time, the United States initiated a free schools program. President Wilford Woodruff, the president of the church at that time, became very concerned about the idea that young Latter-day Saints would be receiving their schooling without any instruction in the scriptures. Starting in the 1890s, he instructed every stake to launch their own academy.

By the early 1900s, the academy system became unsustainable, and the church opened its first seminaries. Little did church leaders realize that this would lead to a whole new problem — training religious instructors and the establishment of professional religionists in a layman church.

In the 1930s the consequences of having professional theological scholars started to become apparent as some key tensions emerged that the church is still grappling with. Find out what this first generation of scholars faced when they came back to Utah to teach in Mormon religious classrooms after studying in the liberal classrooms of the University of Chicago on this episode of the LDS Perspectives Podcast.