Satan’s Plan is not what you think | Meridian Magazine 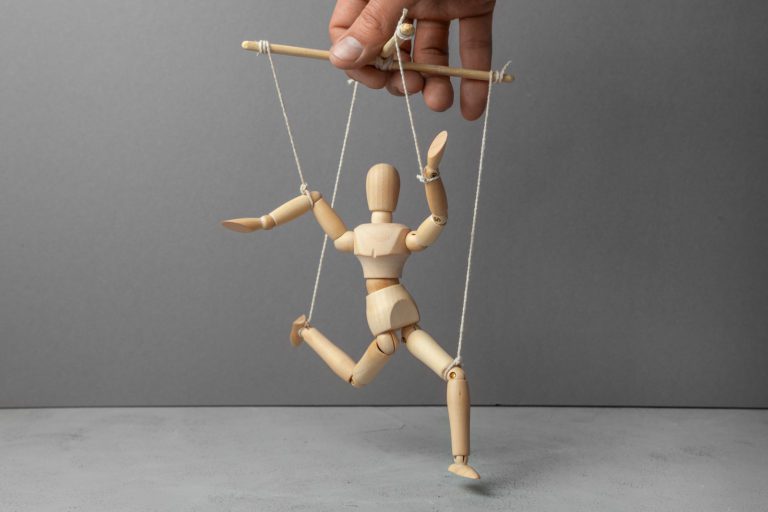 Satan’s Plan is not what you think

There is a lot of confusion about Satan’s plan among members of the Church. I first realized this while talking to a friend in college who explained that he would not attend a Church university because the Honor Code “forced students to be righteous” and was therefore “Satan’s Plan.” I heard this misunderstanding again while talking to parents who said they wish they could “force their kids to be righteous” but can’t because that is “Satan’s Plan.” I have even heard a few misguided Church members make the disturbing claim that establishing laws against elective abortion is “Satan’s Plan.”

Many members of The Church of Jesus Christ of Latter-day Saints might be surprised to find out that the scriptures don’t actually say that Satan wanted to force us to be righteous. In fact, the scriptures say very little on this subject. What they do say might change the way we think about Satan’s plan and where we actually see it today.

Sometimes we casually speak of what happened in the premortal council as if God asked us to present possible plans and Lucifer merely offered one that was rejected. That was not what happened. God presented his plan of salvation to us and proposed that Jesus Christ be sustained as Savior in that Plan (Moses 4:1-4; Abr. 3:22-28). As the perfect firstborn son, Jesus Christ was “chosen from the beginning” for this calling and submissively accepted his calling in the Father’s plan saying, “thy will be done and the glory be thine forever” (Moses 4:2).

Instead of sustaining our Heavenly Father’s plan, Lucifer arrogantly proposed a plan of his own (or at least a dramatic amendment to God’s plan). He said, “I will be thy son, and I will redeem all mankind, that one soul should not be lost, and surely I will do it; wherefore give me thine honor” (Moses 4:1). Basically, he proposed to replace Jesus Christ as the Savior, guaranteed that he would save everyone, and then demanded that Heavenly Father step down and give Lucifer the honor of being our God.

As Elder David A. Bednar has taught, “Please remember that Lucifer did not present a plan that subsequently was voted down by a majority of the participants in the premortal council. He was not a sympathetic character who lost a close election. He was a malcontent who rebelled! Selfishness, pride, and arrogance motivated his revolt against the Father’s plan” (Act in Doctrine, p. 39).

This context is important when speaking about “Satan’s Plan.” Too often we mistakenly talk about this so-called plan as if it would have somehow worked, like it was an actual viable option for our salvation. But it was not. It was a lie. After describing these events in premortality, the scriptures call Satan “the father of all lies” (Moses 4:4). In other places he is called “a liar from the beginning” (D&C 93:25). Clearly, his proposal to improve God’s already perfect plan was a lie. His promise to save everyone was also a lie. As usual, Satan promised something that he could not deliver (see Matt. 4:9).

As Elder David A. Bednar explained, Satan “had absolutely no concern for or interest in our welfare; he only wanted to use us to get something for himself. The selfish strategy he employed in premortal council was the first ‘something for nothing’ scam ever attempted” (Act in Doctrine, p. 39). In other words, Satan’s plan was a lie. He was a con man. And it is dangerous to speak of Satan as a sympathetic character or of his deceitful plan as a sincere proposal that could have worked. Neither are true.

Although many people assume that Satan’s plan was to save us all by forcing us to be righteous, the scriptures never actually say that. All the scriptures say is that “Satan … sought to destroy the agency of man” (Moses 4:3). It is true that forcing us to be righteous would destroy agency, but it is only one way to destroy agency. The Bible Dictionary suggests another possibility. It states, “Lucifer and his followers wanted salvation to come automatically to all who passed through mortality, without regard to individual preference, agency, or voluntary dedication” (War in Heaven).

In other words, this suggests that Satan (falsely) promised salvation would come to everyone no matter what they did. If this is what he was proposing, then Satan would not have been threatening to force everyone to be righteous (who would have supported that?), he would have been promising that we could do whatever we want and still be saved (a much more popular proposition). As Elder Bruce R. McConkie explained, Satan “offered a mortal life of carnality and sensuality, of evil and crime and murder, following which all men would be saved. His offer was a philosophical impossibility. … Lucifer and his [followers] sought salvation without keeping the commandments” (Millennial Messiah p. 667).

Because we could still supposedly do whatever we want under this false plan, many people might mistakenly assume that this doesn’t destroy agency at all. However, if we all receive the same reward no matter what we do, then agency is meaningless. What value is a choice or action if it does not lead to any consequences? Agency would be destroyed under this plan because it would become useless.

Although alleging he could save us in our sins (Hel. 5:10) is not what many people think of as Satan’s plan, it is much more in line with his current tactics. Rarely is Satan found “forcing people to be righteous,” but he is almost always found making empty promises to people that they can find happiness in sin or that they will not have to face the consequence of their immoral actions. Such a message is as popular now as it was then.

3. Satan’s plan is simple—it is to rebel against God!

Perhaps the simplest way to understand Satan’s plan is to examine what it led him and his followers to actually do. They rebelled. “Satan rebelled against me” (Moses 4:3), the Lord explained. On another occasion, he revealed that “the devil … rebelled against me…  and also a third part of the hosts of heaven turned he away from me” (D&C 29:36). “Indeed,” Elder Robert D. Hales taught, “it was a plan of rebellion” (Ensign, Nov. 2010).

When we look past the lies and deception and empty promises, Satan’s actual plan was simple, it was to rebel against God. When viewed through this lens we quickly see elements of his plan everywhere today, although not where we sometimes assume. Any effort that promotes disobeying God’s laws, abandoning the practices of his plan, or lowering the standards he requires are all part of Satan’s plan of rebellion. In other words, Satan’s plan is not having an honor code, it is rebelling against it! It is not establishing and enforcing rules and laws, Satan’s plan is disobeying them!

This makes sense because, as the Bible Dictionary explains, the war that was started in heaven “is continued in mortality in the conflict between right and wrong, between the gospel and false principles, etc. The same contestants and the same issues are doing battle, and the same salvation is at stake” (War in Heaven, Bible Dictionary). The best way to understand what Satan’s plan was then is to observe what his plan is now. His plan is to rebel against God and to get others to rebel.

President Dallin H. Oaks explained where we see Satan’s plan today when he taught: “The Lord has declared that obedience to covenants and commandments is an essential requirement to enjoy sacred blessings. Any attempt to erase divine requirements for eternal life and eternal families would be like trying to establish Satan’s plan that ‘all would be saved.’  In our premortal lives, we mortals already rejected Satan’s plan. We chose the plan of our Heavenly Father, which provides the freedom to choose and keep the eternal covenants and commandments” (Be One, June 1, 2018, emphasis added).

In other words, God’s plan is to bless us as we obey his laws. These laws do not limit agency, they are what allow agency to operate as we choose to obey or disobey them and receive the appropriate consequence (D&C 130:20-21). Satan’s plan, on the other hand, is for us to rebel against these divine laws by trying to discard, erase, or disobey them. When we see protests, marches, parades, political platforms, campaign promises, and court decisions that oppose God’s divine laws and standards, we are seeing Satan’s plan of rebellion.

The war that Lucifer started in heaven continues on earth. Satan continues to promote his false plan by guaranteeing that he can give us happiness while we rebel against God’s plan of happiness. That is still a lie. Sadly, there are still many who believe his lie that tragically search for happiness in sin. But “wickedness never was happiness” (Alma 41:10).

Satan’s plan is alive and well, it’s just not what we sometimes think it is.

One of my favorite Ensign articles ever has to do with this subject. Very informative and helpful. It's called "Satan's Rebellion." https://www.churchofjesuschrist.org/study/ensign/2015/03/satans-rebellion

Satan has used lies to influence the choices mortals have had to make since he first told Eve she would not die if she ate the forbidden fruit. Moses 5 shows how Satan worked to direct Cain to kill his brother and Cain believed he would inherit Abel's flocks and have no consequences for murder. Clearly Satan left him to himself after he committed the murder and became a vagabond. Satan was jealous of his brother Jesus, then Satan convinces Cain to be jealous of Abel, Jacob's sons to be jealous of Joseph, Ishmael to be jealous of Isaac, Laman and Lemuel to be jealous of Nephi, etc., etc. Satan continues to use greed, power and jealousy to foment discord between brothers and nations - he truly does want us to be just like him and has had a pretty good record of success unfortunately.