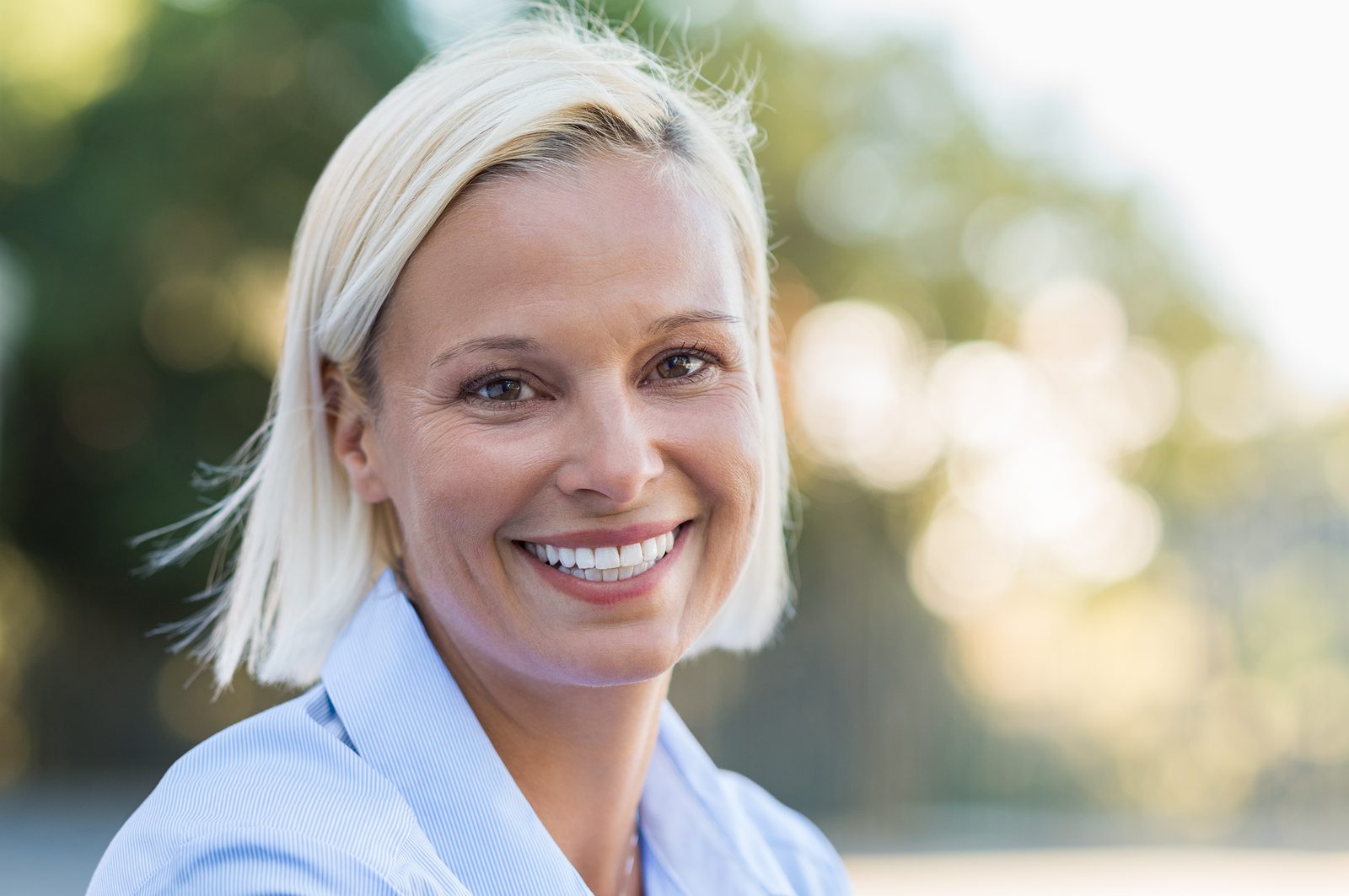 Editor’s Note: The following was originally published in 2013. We are running it as part of Meridian’s Summer Rewind; a week of our most popular and most loved cover stories from previous years.

Something happened in the Garden of Eden that defined the battlefront of the continuing war between good and evil. What is the battlefront? The woman and her children. They became Satan’s primary targets, which prompted God to set up a safety net.

After Adam and Eve had partaken of the forbidden fruit, the Father and the Son appeared to halt Satan in his diabolical scheme to lead the man and the woman to the Tree of Life. Had this first couple partaken of that fruit, they would have lived forever in their sins and become subject to the devil forever, and because God had decreed that they would die, He would have become a liar and ceased to be God.[i] Satan is forever trying to destroy us and wrest the kingdom from God.

The Father foresaw this crisis and made immediate provision to thwart Satan’s designs and corral him into a limited space. Notice the Father’s language as He rebukes Satan: “And I will put enmity between thee and the woman, between thy seed and her seed.”[ii]

We note with interest that Adam is not mentioned here. The woman and her children are the Father’s concern, suggesting that He has anticipated the object of Satan’s attack.

Satan had previously leveled an assault on the woman. When she was separated from her husband (never a good idea for any couple), the devil beguiled her to partake of the forbidden fruit. Of course, we are told in the record that Satan “knew not the mind of the Lord” or how this event would work to divine purposes. Nevertheless, Satan’s plan was to “destroy the world”[iii] by first destroying the woman; his intention was to make her life miserable by waging an all-out war on her and her children. Gratefully, the Father stepped in and placed enmity between the woman, her seed and the devil.

Then the Father set up boundaries for the enmity. Although Satan would be permitted to bruise Eve’s children, a Child would emerge from her seed that would bruise and conquer the devil.[iv] That Child, of course, was Jesus Christ.

Satan knew something that we should understand: If he could defeat the woman and remove her out of her place, he could win the war; but if he left her alone, he was doomed. Why? Because she had the power to bring forth the promised Child along with other righteous children to crush his head.[v] Therefore, Satan took direct aim at the woman to make her as miserable as possible. He strategy was twofold: attack her head-on and attack her through her children.

John the Revelator understood the battlefront of the war, and, borrowing the woman-child metaphor, he described a horrific war that would be wrought with “bruising” and would culminate with the complete overthrow of Satan. Personalizing the scripture from the Church to the woman, we read how John portrays the battle waged on sisters and their children and how God protects them.

And there appeared a great wonder in heaven; a woman clothed with the sun, and the moon under her feet, and upon her head a crown of twelve stars:

And she being with child cried, travailing in birth, and pained to be delivered.

And there appeared another wonder in heaven; and behold a great red dragon, having seven heads and ten horns, and seven crowns upon his heads.

And his tail drew the third part of the stars of heaven, and did cast them to the earth: and the dragon stood before the woman which was ready to be delivered, for to devour her child as soon as it was born.

And she brought forth a man child, who was to rule all nations with a rod of iron: and her child was caught up unto God, and to his throne.

And the woman fled into the wilderness, where she hath a place prepared of God, that they should feed her there a thousand two hundred and threescore days.[vi]

From the beginning, Satan has zeroed in on the woman and her children. Now John backtracks and shows us how and where this hatred of the woman originated.

And prevailed not; neither was their place found any more in heaven.

And the great dragon was cast out, that old serpent, called the Devil, and Satan, which deceiveth the whole world: he was cast out into the earth, and his angels were cast out with him.[vii]

And I heard a loud voice saying in heaven, Now is come salvation, and strength, and the kingdom of our God, and the power of his Christ: for the accuser of our brethren is cast down, which accused them before our God day and night.

And they overcame him by the blood of the Lamb, and by the word of their testimony; and they loved not their lives unto the death.[viii]

Then and now, the blood of the Lamb and the power of testimony are the Priesthood’s weapons.

John continues his narrative by describing the war on the woman and her children as it transferred here on earth.

Woe to the inhabiters of the earth and of the sea! for the devil is come down unto you, having great wrath, because he knoweth that he hath but a short time.

And when the dragon saw that he was cast unto the earth, he persecuted the woman which brought forth the man child.

And to the woman were given two wings of a great eagle, that she might fly into the wilderness, into her place, where she is nourished for a time, and times, and half a time, from the face of the serpent.

And the serpent cast out of his mouth water as a flood after the woman, that he might cause her to be carried away of the flood.

And the earth helped the woman, and the earth opened her mouth, and swallowed up the flood which the dragon cast out of his mouth.

And the dragon was wroth with the woman, and went to make war with the remnant of her seed, which keep the commandments of God, and have the testimony of Jesus Christ.[ix]

The language in these verses is fascinating. Satan wages relentless, all-out war on the woman and her seed, but God gives her power the power of flight, a secure shelter and nourishment. How is this accomplished? By all accounts, God lays the responsibility for the woman and her children’s welfare on the man.

After God placed enmity between the woman, her seed and Satan, it fell to Adam to use his priesthood to protect his wife and family. “The Family: A Proclamation to the World” uses the following language to define the man’s obligation to support and protect his wife and her children from Satan’s attacks:

By divine design, fathers are to preside over their families in love and righteousness and are responsible to provide the necessities of life and protection for their families. Mothers are primarily responsible for the nurture of their children. In these sacred responsibilities, fathers and mothers are obligated to help one another as equal partners.

Perhaps no population has ever been so oppressed or abused as women. One need only survey history and to observe cultures to recognize how successful Satan has been in waging his war on women. Often they have had no voice; frequently, they were viewed as second-class citizens and servants, not equals, to their husbands. They have been demeaned, exploited, mistreated: they have even become the sexual object of men who are carnal, sensual and devilish.

Her safety net of the Priesthood–her husband, her family, and the community of Priesthood in her ward-are charged to shoulder the responsibility of watching over the woman and her children. Indeed, we are told that the gospel in its purity makes specific requirement to care for the woman and her children who are under attack from Satan: “Pure religion and undefiled before God and the Father is this, To visit the fatherless and widows in their affliction, and to keep himself unspotted from the world.”[x]

My purpose in writing this article is not to suggest that women are weak and need coddling. On the contrary, women historically have proven exceptionally strong and valiant. My purpose is not to suggest that women could not stand against Satan or protect her children from his attacks. One need only read the testimonies of the Stripling Warriors to show how powerful is a mother’s protection. My purpose is not to suggest that men are less immune than women from Satan’s fiery darts. Clearly, the devil can wage vicious blows to either gender. However, it seems apparent that God foresaw that Satan’s war would specifically be waged against the woman and her children, so He made special provision by giving the Priesthood the responsibility to provide for and safeguard them.

In a day when apostasy abounds and Satan rages in the hearts of men,[xi] may husbands, fathers and the Priesthood stand between the devil and women and their children. May the Priesthood wield the weapons of the blood of the Lamb and testimony to provide for and protect those who depend on them. May the Priesthood practice pure religion and defend the line of enmity so that Satan cannot pass.

alas, many women are against their own children through abuse and abortions..