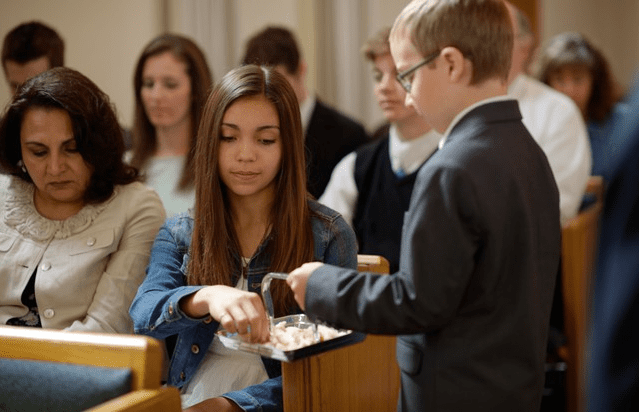 Editor’s Note: This is part two of a two-part series on the Sabbath. To read part one, click here.

If you had a very personal relationship with the prophet, what would it mean in real time? Were you to call him, intercepted by his secretary, would you get through to him? Yes! If he were busy would he prioritize your call? Yes! How precious would that relationship be to you? How might you jeopardize the relationship?

The fourth commandment, The Sabbath, seems to have its roots in two important Biblical principles. The first principle and focus of part I, is anchored to the seventh day of creation. In Hebrew, seven (sheba) means “to perfect or complete” (explored in Part 1) but originates from the Hebrew word shaba which means oath or covenant. Hallowing the seventh day, ties it to the Atonement of Christ as explained in part 1. We know that the Atonement is accessed through covenants[i], so there must be a personal covenant relationship potential in this commandment to keep the Sabbath.

“Alma knew the covenant was not like a business deal—“you do this for God, and God will do this for you”—but it was an opportunity for them to become his, to become God’s people. Every covenant with God is an opportunity to draw closer to him. To anyone who reflects for a moment on what they have already felt of the love of God, to have that bond made stronger and that relationship closer is an irresistible offer.”  Henry B. Eyring; Making Covenants with God; September 08, 1996 BYU Fireside

Having grown up in Egypt with a false god in charge of almost everything from harvest to health, the Israelites needed to learn to trust Jehovah as the only true power in their lives. (This is not unlike our need today with the enticing variety vying for our time and resources.) Therefore, once Israel was safe at Sinai, Jehovah not only made keeping the Sabbath a commandment, but did so as a sign to them:

Speak thou also unto the children of Israel, saying, Verily my sabbaths ye shall keep: for it is a sign between me and you throughout your generations; that ye may know that I am the LORD that doth sanctify you. Exodus 31:13

Jehovah had saved them in miraculous ways and wanted their posterity to have the same certainty of His merciful power in continuously delivering them from those Egypt-like destructive, addictive influences of mortality. As they kept the Sabbath and experienced remaining “unspotted from the world” even over generations, they would have measurable confirmation of His constant care and protection during probation.

“Such was and always will be the situation of the Saints of God. Unless they have an actual knowledge that the course they are pursuing is according to the will of God, they will grow weary in their minds and faint…” Joseph Smith, Lectures on Faith (Salt Lake City: Deseret Book Co., 1989), pp. 67,68.

This was not the first time Jehovah used ordinances to offer confirmation in this mortal difficulty. Adam, immediately after being taught the atonement, began to teach it to his posterity only to find them yielding to Satan’s enticements. He and Eve gained hope through teaching and dedicating their next two sons, Cain and then Abel. Imagine the pain and sense of failure they felt when Cain killed their faithful son, Abel, and then led many of their posterity into secret combinations. It is in this context that the book of Moses records:

And thus, all things were confirmed unto Adam, by an holy ordinance…. Moses 5:59

To understand how ordinances, serve as a confirming tool, perhaps we could examine the more detailed Abrahamic covenant process. Abraham had been promised posterity as numerous as the grains of sand when he was seventy-five years old. About ten barren years later, Abraham was pondering and praying in his tent, reasoning with the Lord. Since his wife was well beyond child-bearing years, he reasoned that perhaps his innumerable posterity would come through his chief servant, Eliezer? Jehovah responded by inviting him to come out of the tent and look skyward. What do you see, Abram? Stars, Lord. Count them… But they are too numerous! Yes, that is how many children you will have!

Verse six notes that Abram believed the Lord, but, having waited ten years for the same promise, he asks for some kind of sign, “Whereby I shall know”, in verse eight.[ii]

The verses following contain the ordinance process, wherein Abram was taught how to use the sign, from that time forward, to verify that he was still eligible for the delayed promise of the covenant. It would serve as a kind of measurement he could employ, “whereby he would know” at any time of wonder or uncertainty, that frequently seem to come on this side of the veil. But, the ordinance is full of symbols that need deeper pondering in order to use them as a tool, or a sign of confirmation.

So, anytime Abraham questioned the eventuality of the covenant promise he could use the sign to confirm that the promises were still valid and would eventually be fulfilled. If he would humble himself and break his heart so as to make a place therein, the Spirit would come into it. He would thereby know that “he would inherit” the promises of seed and land. It is much the same as our baptism where the sign is water immersion or symbolic death of the natural man followed by birth of the new.[iii] In this way one can ask themselves the question, “Is my old man dying and my new man rising? Do I love more easily? Am I more patient?” Etc. These changes are measurable and give confirmation that the promises of the baptismal covenant are viable.

Keeping the Sabbath, then provides a means, over time, that gives us confirmation how God is active in our lives, sanctifying, changing, and converting us. As indicated in part 1, we are kept unspotted from the world.[iv] But the subtle language of Exodus 13:31 includes, “between me and you.” It is not a one-way indicator as with the earlier signs. The Hebrew word for sign is “owth” which can be translated as token OR sign. Other tokens associated with covenants that allow us to symbolize our covenant love and devotion towards God have included:

“It wasn’t until later that I learned from the scriptures that my conduct and my attitude on the Sabbath constituted a sign between me and my Heavenly Father.[v] With that understanding, I no longer needed lists of dos and don’ts. When I had to make a decision whether or not an activity was appropriate for the Sabbath, I simply asked myself, “What sign do I want to give to God?” That question made my choices about the Sabbath day crystal clear.” Conference 4/2015 Elder Russell M. Nelson

One father responded to his son’s pleas to play sports with him on the Sabbath, by saying, “If you want to do something with dad, then we need to find things that dad will do on the Sabbath. Come on let’s….” Likewise, if we want a growing personal relationship with Father, our Sabbath day activities should be those that He would do with us. Since He is all about exalting His children, we are invited to join Him in activities that edify ourselves or minister to His children. Activities should be chosen that not only allow Father to perfect us even in the context of this difficult world; but serve also to build our relationship with our Heavenly Father during this time of probationary separation from Him, by showing Him that He, and not worldly pursuits, garner our devotion and love. It is not coincidence that we also experience the token of our baptismal covenant at the sacrament table on the Sabbath. The whole day is truly “between Him and us”, a personal token mutually demonstrating love between us, while at the same time He uses it as a sign to confirm His perfecting devotion to us.

[ii] And Abram said, Lord God, what wilt thou give me, seeing I go childless, and the steward of my house is this Eliezer of Damascus? And Abram said, Behold, to me thou hast given no seed: and, lo, one born in my house is mine heir. And, behold, the word of the Lord came unto him, saying, This shall not be thine heir; but he that shall come forth out of thine own bowels shall be thine heir. And he brought him forth abroad, and said, Look now toward heaven, and tell the stars, if thou be able to number them: and he said unto him, So shall thy seed be.

6 And he believed in the Lord; and he counted it to him for righteousness.

[iii] Romans 6:4-6 4 We are buried with him by baptism into death: that like as Christ was raised up from the dead by the glory of the Father, even so we also should walk in newness of life.

6 Knowing this, that our old man is crucified with him, that the body of sin might be destroyed, that henceforth we should not serve sin.

This was a beautiful explanation about the meaning and purpose of the sabbath day. I love the clarity it brings regarding the teachings of President Nelson. I miss understood the showing a sign to the Lord on the sabbath day part of his words. The thought came to me that I need to teach my children better what sign we want to give God. The idea of reaching out to more in the community and ward during Sunday time came clearly to me. Thank you, Brother!

Thank you, Craig, for this thoughtful piece. It helped me think more deeply about not only the Sabbath but my relationship with Father.