Rome: Called to be Stake President When He Had No Car | Meridian Magazine 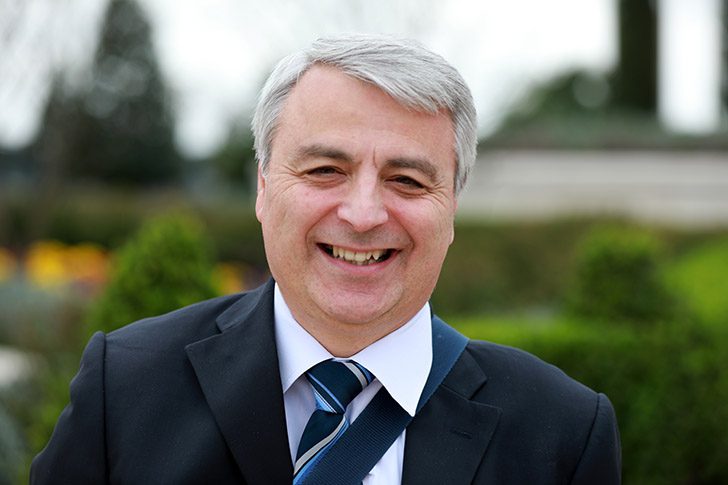 Rome: Called to be Stake President When He Had No Car

Meridian Magazine was live in Rome for the temple dedication. In addition to covering the event, we interviewed several members and leaders to learn their stories. Here is a story of two miracles.  You can easily access all of our Rome Temple stories here:  latterdaysaintmag.com/rome.

We include here a recording of this interview, so you can hear President DiCarolo’s voice and share his testimony with your family.

Though Giovanni Dicarolo had been serving as a counselor in the mission presidency, in 1997, he was surprised and overwhelmed to be called to be the first stake president in Puglia, Italy. There had been stakes in Milan and Venice, but it had taken many years for another stake to be formed in Italy.

“I didn’t think I could be called,” he said. ‘It was very hard for me. We had always been led by the mission president. They were the experts and they could help us in many things.” He felt like he knew nothing about church organization, and he said of Elder Dieter F. Uchtdorf, who was the Area President, “I was on the phone with him many, many times. I asked him many things.”

Yet, there was something more than a sense of inadequacy that troubled Giovanni when he first was called. He didn’t have a permanent job and things were not going well financially. “I had sold my car because I didn’t want to have any money problems. When I was called President Uchtdorf told me, “I don’t know how you can do it, but in some way you should buy a car.

“He told me, ‘Don’t ask me how to do that because I don’t know, but the Lord will provide.’

“Things went in such a way,” said President DiCarolo “that I received from relatives—even those who weren’t church members—I will tell you in dollars–$ 5,000. I went to buy a car, but I needed $15,000 to get the car that could be useful for the job I was called to do. I was really concerned about it.

“When I found the car, they told me that I could have a $10,000 loan without any interest. With the fees, taxes and things like that, I needed another $1700.” To President Dicarolo, that seemed impossible. “I didn’t know how I could do that,” he said.

“Soon after that, I received a phone call from a friend of mine who was a professor at BYU. He is  a geologist and a wonderful man. He came to Italy for a meeting. We met together in Naples, and he gave me an envelope and he told me, ‘I received a dream I should give you something, that is here inside the envelope. Don’t open it yet. Open it when you get back home.’”

“I came home and opened it and it was a check for exactly the amount I needed to buy the car.” It was a marvel to him especially that is should be the exact amount he needed. “Not long after,” he said, “I became permanent in my job and everything came the right way. I could serve without debt and the heavy thoughts that come with that condition.”

Listen to Giovanni Dicarolo’s voice telling his own story below:

He said that in his role as stake president, he had seen many, many miracles from the Lord, blessing the people of Italy. Tender things, personal things—things that reminded them that they were loved.

A young man in his stake had been studying at BYU, but had to return to Italy because he was suffering with a very bad disease. He couldn’t stay in the United States with that problem. President Dicarolo interviewed him and because it was clear he was very good at English, he asked if he could be the interpreter when Elder John K. Carmack visited the stake.

President Dicarolo said, “During the few minutes after the conference was finished, Elder Carmack, asked if he could give this young man a blessing. All the doctors had told him that his life would be very short and he couldn’t get married, yet Elder Carmack promised all those things in the blessing.

“Because my counselor didn’t speak English, when the blessing was finished, he called me and said, “You understand English. You were there. Did I hear the right things?”

Elder Carmack said that indeed these things would happen if the young man were faithful. “In the time of one year, he got married,” President Dicarolo said. “Now he has two children. He struggles with his sickness, but these promises were fulfilled.

“I’ve seen these things. I cannot deny it.”

Giancarlo has always been among the brightest beacons in Italy. I had the fortune to be acquainted with him for a long time. Always working for good, always seeking and working for peace in any context he may be in. His humility is as deep as his very remarkable understanding. A true Latter-Day-Saint and Lord's disciple.

Giacarlo Dicarolo is a remarkable Latter-Day Saint. He was my mission secretary and was instrumental in arranging for much positive publicity for the Church of Jesus Christ of Latter-Day Saints in Rome, including hours of a national television broadcase originating from BYU and showing Salt Lake City and much excellent coverage about the Church. The story does not mention that President Dicarolo had earned a Doctorate degree before serving his mission in Rome. He was a devoted and successful missionary and taught the Gospel to many, including some highly educated Italians.