Reflections of Christmas Past | Meridian Magazine 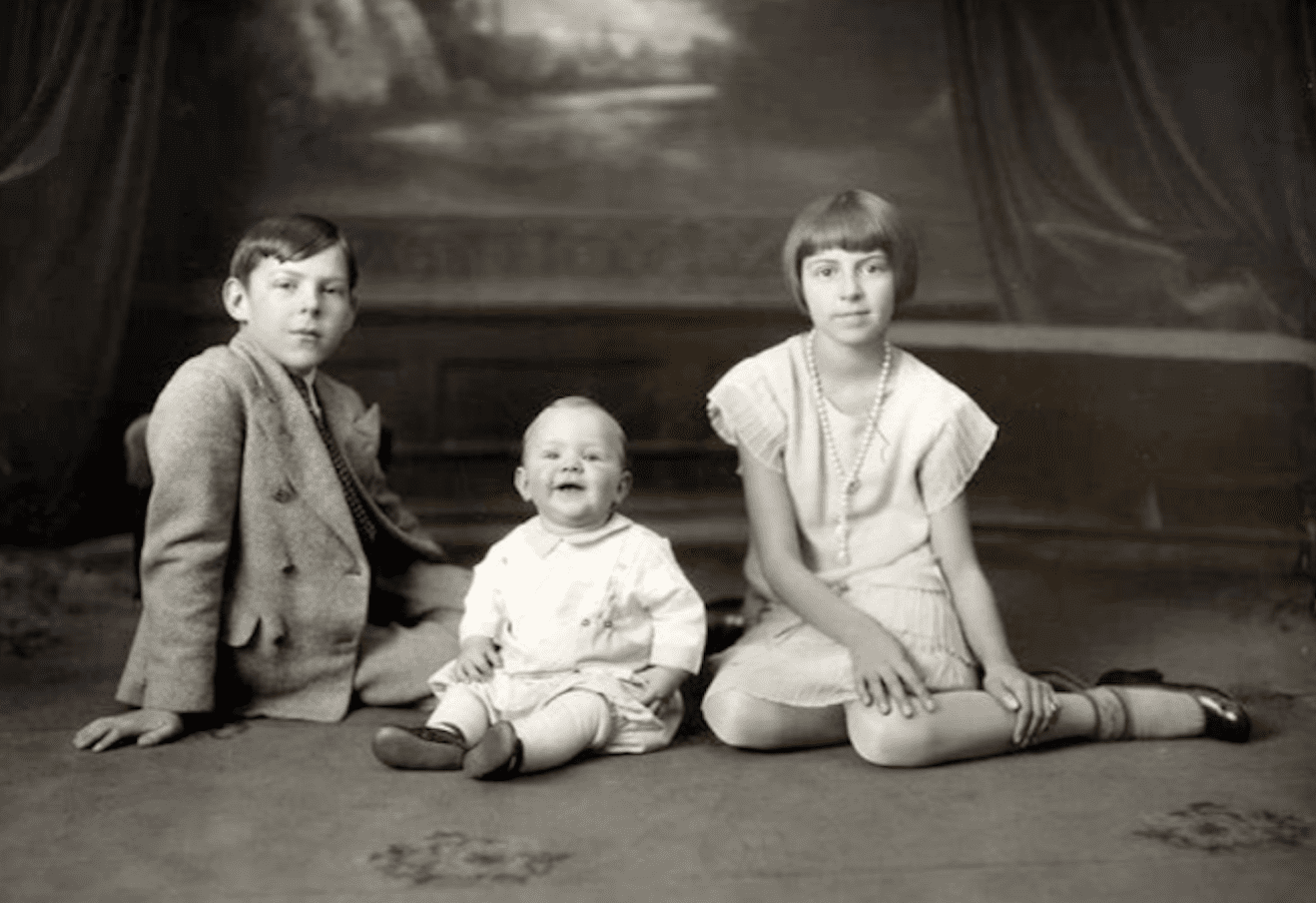 Reflections of Christmas Past

Several years ago, my friend Lasca asked me to help her with a Christmas gift she was preparing to give to her family. This wasn’t something to be purchased at a store that Lasca needed help locating; this was a priceless treasure she hoped to create. So, with my laptop parked upon my dining room table, Lasca and I began the task of organizing her collection of memorabilia.

Since this gift centered mainly around Lasca’s father, Philip F. Low, she gathered his poems, pictures, letters, and silly stories. The hope was to create a small book filled with memories and a few original illustrations drawn by her niece, Jennifer Marie Low, capturing her father’s Peter McGlory stories. 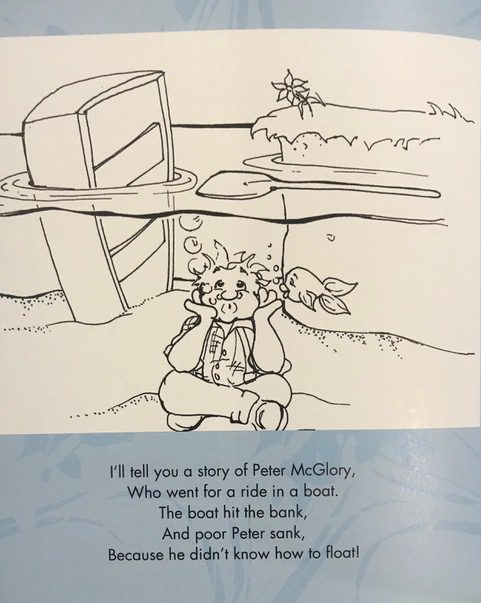 Lasca writes, “[A]ll the Low children clearly recall Dad’s Peter McGlory Stories, as they would often pop up in place of our anticipated sagas of mishap and mayhem. When we would hear the phrase, ‘I’ll tell you a story of Peter McGlory,’ we would groan with shame displeasure. Down through the years, these stories are remembered with love and fondness.”

I loved reading about the “Shared Love Letters Christmas Morning”. What a beautiful tradition Lasca’s parents established early in their marriage.

“Although time has erased most of my memories of our honeymoon, one remains clear. I recall standing at eventide on the brow of a mountain overlooking a beautiful valley with my arm around your waist as we contemplated the happiness the future would unfold. Since then we have climbed the mountains and descended in the valleys of life, in sunshine and shadow, but after nearly a half century of marriage we still have the bright prospect of being together forever. For this, I am grateful because I love you.”

These simple words spoke to me of creation and love. It touched my heart.

Into the valley of shadow,
Where no man ever trod,
You walked, nay not alone,
But hand in hand with God.

For He sent forth the spirit,
and you prepared the clay,
From heaven and earth together,
A soul was born today.

A Book of Testimonies

The following year, Lasca called me about August. Once again, she had a wonderful idea for a family Christmas gift; a book of testimonies. Wisely, Lasca asked her family months in advance to consider and to write their testimony. Once collected, we found ourselves back at my dining room table as we sought to capture these beautiful declarations of love for the Savior in a simple format accompanied by pictures.

Here, I include an excerpt of Lasca’s father’s testimony written long before this book was considered – A Scientist’s Testimony.

“. . . I recognize both [science and religion] as being integral parts of the entire body of truth known and used by an omniscient God. But my religious beliefs are more important to my eternal happiness. Therefore, I would like to testify of them.

“I believe that there is a God in heaven who hears and answers prayers. I believe Jesus Christ is His divine son whose atonement made it possible for me to be forgiven of my sins. I believe that both God and Jesus Christ appeared to Joseph Smith in the sacred grove, revealed their true identity to him and informed him that he would be the instrument by which the pristine truths of the gospel would be restored. I believe that Joseph Smith was this instrument and that he translated the Book of Mormon under divine direction. And I believe that, like Joseph Smith, his successors in the Presidency of the Church have also been prophets. These beliefs are precious to me and I recommend them to anyone who is seriously seeking truth.”

(Taken from the book O Heaven and Earth, to which Dad [Philip F. Low] contributed) 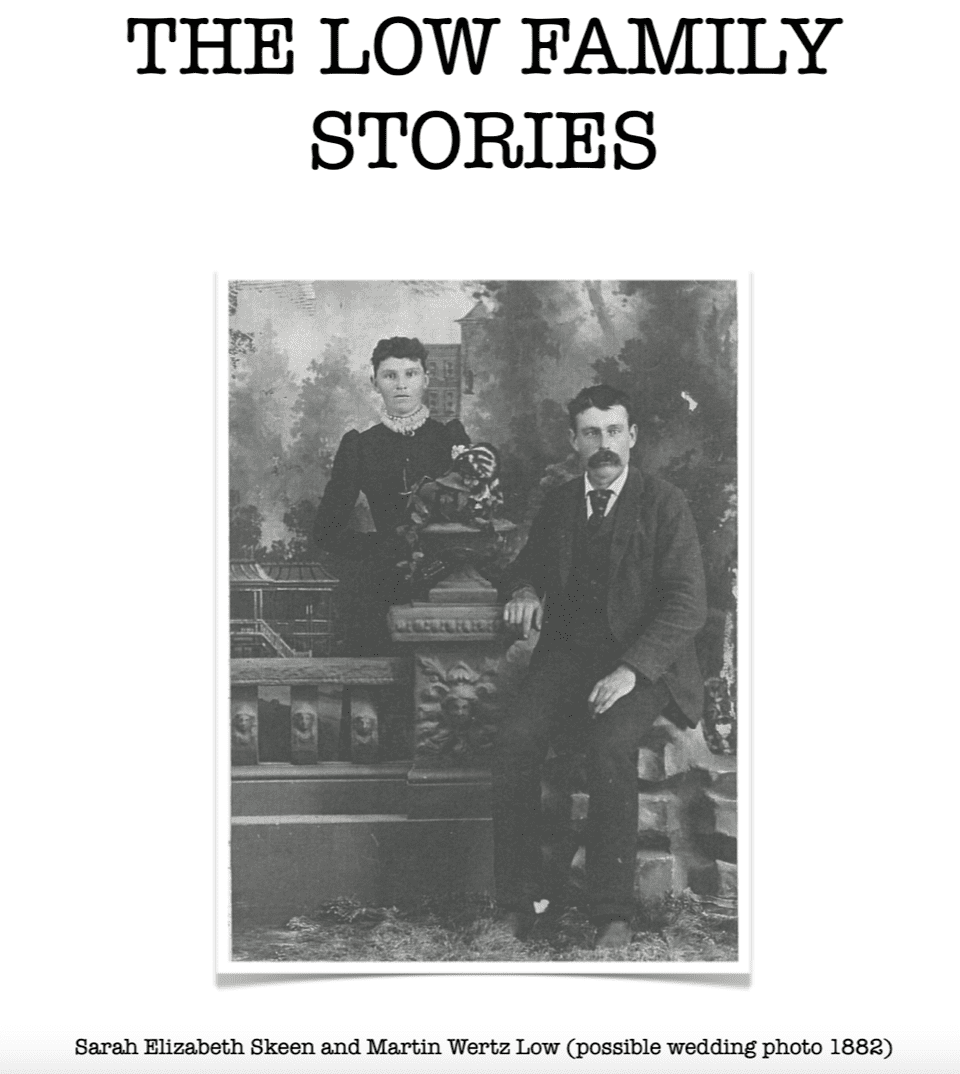 The Low and Stewart Family Stories

The last priceless treasure I was privileged to take part in, was The Low and Stewart Family Stories. Through these tales of trials, hardship, and joy, I could feel these people’s devotion and testimony of the gospel. Lasca included several beautiful pictures of her ancestors which brought these stories more fully to life. 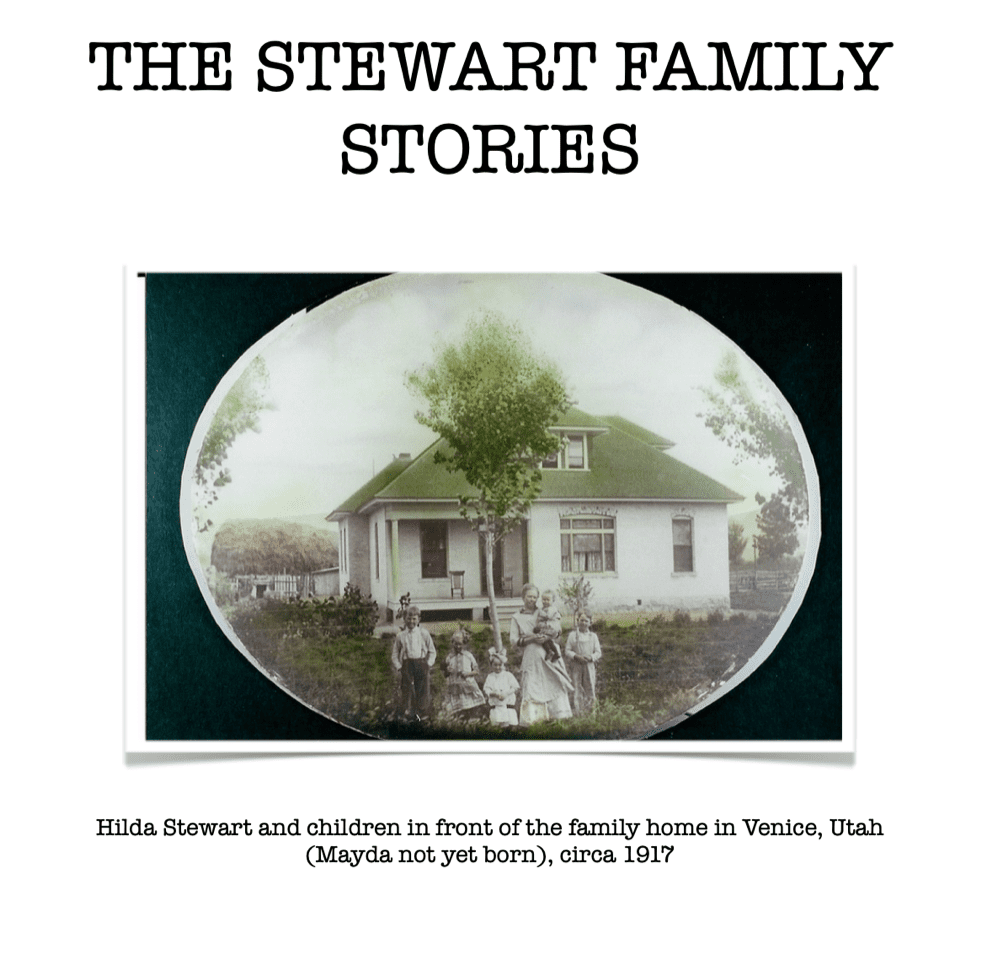 Excerpt from Stewarts and Lows – A Family History

“Rutha, like the other Pioneers who settled here in 1848, had no vision of an empire in Ogden. Those who settled along the Ogden and Weber Rivers had only one purpose in mind – to wring from the soil a living for their families and themselves, to bring their families up close to the church, and by their works, to assure themselves a future in the Kingdom of God.

“Many years later, a grandson, after listening to the stories of the times of hunger, sorrow, and fatigue, told by his mother and grandmother, asked this question, ‘Mother, what gave you and Grandmother the fortitude to face all these terrible things and not give up?’ She replied, ‘There was one thing uppermost in my mind, one central purpose I had in view, to get to where I could raise my children to understand the Gospel, and have faith in God. These other things didn’t matter much.’

“It has been said: ‘Life is a short walk along a narrow thread—beginning and ending in a mysterious manner. Hope and faith are what keeps us balanced as we walk this narrow line—.’ The narrow thread of Rutha Baker Stewart’s life stretched from a lovely home in the South to squatter’s rights on the bank of the Ogden River. Truly faith, hope, and courage were the balancing factors in this noble woman’s life. She, who walked the Narrow Thread so well.”

May precious Christmas treasures like Lasca’s find their way wrapped under your tree.

“At a time like this, my gratitude for my family and the gospel is boundless. How truly grateful I am for the knowledge that our family is eternal.” (Philip Funk Low, June 23, 1995)

Please consider sharing your family history Christmas gift ideas in the comments below.

Note: All quotes are used by permission from Lasca Low, and are taken from the books she assembled titled Reflections or The Low and Stewart Family Stories.

What wonderful ideas! A couple of years ago I put together a family recipe book with all the stories and genealogy behind the food traditions we'd had all our lives. I included pictures and memorabilia then had it professionally printed with spiral binding. Total success!

There are some wonderful ideas here for us to contemplate this Christmas season. I have been working on my personal history for several years as our daughter wants me to have it printed up for her and our other loved ones. I've compiled my stories and pictures in hopes of soon having it printed. Our Stake Patriarch has already compiled and had printed two books on his life and it was a wonderful story to read. Please consider doing so, as you're the best source of this information before it becomes lost