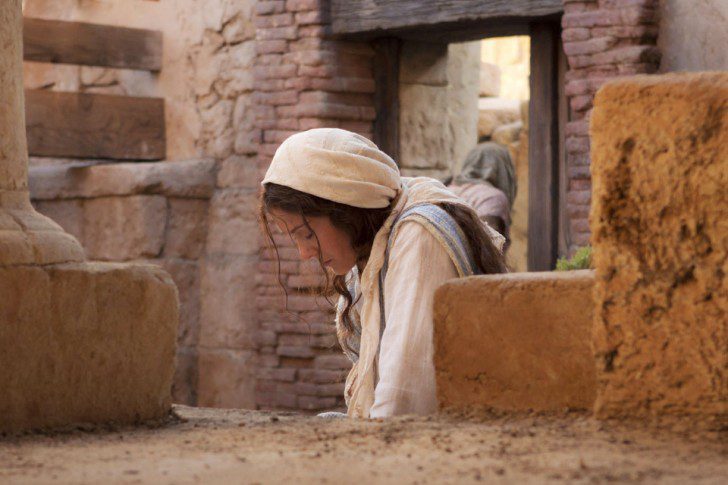 Rare Celestial Testimonies of Christ in 2015

During the first part of 2015, a rare planetary conjunction of Jupiter and Venus plus an Easter weekend very similar to the first Easter added a powerful witness of the miraculous Conception of Jesus Christ and His Atonement and Resurrection in the meridian of time.[i]

On June 30, 2015, Venus and Jupiter were separated by only 1/3rd of a degree (20 arc minutes), shining brightly in the constellation Leo the Lion by the “Prince” star Regulus. The next conjunction of these planets closer than this one will be in the morning of May 23, 2024 when the two planets will only be separated by 15 minutes of arc (1/4th degree).[ii]

In its article on a previous conjunction, the NASA web site described the most famous and closest conjunction of these two planets.

“On June 17, 2 B.C., the [Jupiter and Venus] pair drew so near — just 6 arcseconds (0.002 deg.) apart — that they merged into a single dazzling point of light. Some scholars believe that was the Star of Bethlehem mentioned in the Bible.”[iii]

Caption: On June 30, 2015, Jupiter and Venus appeared in the evening sky within 1/3rd of a degree of each other near the bright star Regulus, a rare event. This photograph is from July 2 when the Moon passed by the two planets. Jupiter’s moons are also visible in the photograph.[iv]

This orbital view shows how Jupiter and Venus can seem to be close together in spite of their widely separated orbits.

Caption: This orbital view shows how Jupiter and Venus can seem to be close together in spite of their widely separated orbits.[v]

“Forerunner of the Star of Bethlehem”

Astronomer John Pratt has made the study of ancient calendars a lifelong work. Research pointing to the April 6, 1 BC date for the birthday of Jesus Christ provides evidence of what the amazing conjunction of Jupiter and Venus in June of 2 BC may have signified.

“Thus, in the light of modern revelation of the precise day of Jesus’s birth, it appears that the Jupiter-Venus conjunction of 2 B.C. was not the Star of Bethlehem, but was really the sign of the conception of Jesus Christ. Viewed in that context, the conjunction makes even more sense, with the Father planet and the Virgin Mother planet fusing into one as they descend to the earth. What more could be asked of a perfectly designed planetary sign to represent the conception of Jesus Christ? The Lord told Moses that the planets were designed for ‘signs’ (Gen. 1:14) and this had to be one of the most impressive.”[vi]

Caption: Rather than the Star of Bethlehem, the very close conjunction of Jupiter and Venus in June of 2 BC more than likely was a sign of the conception of the Christ child born nine months later.[vii]

“So today we celebrate the gift of victory over every fall we have ever experienced, every sorrow we have ever known, every discouragement we have ever had, every fear we have ever faced—to say nothing of our resurrection from death and forgiveness for our sins. That victory is available to us because of events that transpired on a weekend precisely like this nearly two millennia ago in Jerusalem.”[viii]

Dr. John Pratt studied this Easter and concluded as follows in an email to the author dated April 5, 2015:

“I just checked every lunar eclipse since the death of Jesus Christ (see https://en.wikipedia.org/wiki/Lists_of_lunar_eclipses). Today appears to be the first time since the Resurrection of Jesus Christ that Easter Sunday also falls on Easter on the Priest Calendar (1 Jachin) on the day following Passover on both the Hebrew and Enoch Calendars on which there was a partial or total eclipse of the the moon. The one possible exception is Sat 12 April 814 (Gregorian) which may or may not have been Passover on the Enoch Calendar. I write this only to show how rare today is and that in some sense it is ‘exactly’ like the weekend of the Resurrection and rare indeed.”

Caption: After His Resurrection on that first Easter Sunday April 3, 33 AD, the Risen Lord appeared to His apostles.[ix]

Witnesses of Both Conception and Resurrection

The calendar alignments of Good Friday and Easter Sunday remind us each year of the miracle of the Redeemer’s mission as the Messiah. We celebrate and testify of those events guided by sacred calendars that track the positions of the earth, moon and Sun.

With the 2015 Easter so similar to the original Easter and a close repeat of the probable sign of Christ’s conception in the same year, our testimony of Christ and the events of His life and mission should be even more powerful: That He indeed is the Christ, the promised Messiah.

[i] “The Annunciation: The Angel Gabriel Appears to Mary,” LDS Media Library, Retrieved 8/4/2015.

Predicted close conjunctions of Jupiter and Venus are listed. A distance of only 15 minutes of arc between them on the morning of May 23, 2024 is the next one closer than June 30, 2015’s 20 arc minutes distance. Limiting the set to the evening sky and to be close to Regulus in Leo would further narrow the possible set of conjunctions.

“This week brilliant Venus and giant Jupiter are rushing toward a close encounter in the western sky,”

“Explanation: On June 30, Venus and Jupiter were close in western skies at dusk. Near the culmination of this year’s gorgeous conjunction, the two bright evening planets are captured in the same telescopic field of view in this image taken after sunset from Bejing, China. As the two bright planets set together in the west, a nearly Full Moon rose above the horizon to the south and east. Imaged that night with the same telescope and camera, the rising Moon from the opposite part of the sky is compared with the planetary conjunction for scale in the digitally composited image. The full lunar disk covers an angle of about 1/2 degree on the sky. Visible as well in binoculars and small telescopes are Venus’ crescent and Jupiter’s four Galilean moons. Of course, Venus and Jupiter are still close.”

“While the exact nature of the Star of Bethlehem still eludes astronomers, the sign in the heavens of the conception of the Savior has now apparently been discovered.”

“Throughout the centuries, astronomers have puzzled over just what the Star of Bethlehem might have been. The story of wise men following a star which finally “stood over where the young child was” has evoked all manner of theories to explain it, including a nova or supernova, planetary conjunctions, a comet, flying saucer, angelic messengers or simply a special miracle. One of the best proposals for the Star of Bethlehem now appears much more likely to have been a sign of the conception of Jesus Christ, and to have been mentioned in the Book of Mormon.”

John Pratt’s research referenced the tradition noted by Christian father Epiphanius in supporting his analysis: “First, he [Epiphanius] held that the conception of Christ occurred on June 20, which is very close to the June 17 conjunction (Julian Calendar). Secondly, he also noted a tradition that Mary's pregnancy lasted ten months, which is a perfect fit because the conjunction occurred ten lunar months before April 6, 1 B.C.” Note: lunar months are a bit smaller than our calendar months. June 15, 2 BC to the evening of April 5, 1 BC (when the Hebrew day for April 6 began) is ten lunar months.

A good question on the length of time from the conception to the birth of the Christ child. In John Pratt's 2000 Meridian article on the forerunner of the Star of Bethlehem I referenced, he quoted the Christian father Epiphanius: " First, he held that the conception of Christ occurred on June 20, which is very close to the June 17 conjunction (Julian Calendar). Secondly, he also noted a tradition that Mary's pregnancy lasted ten months, which is a perfect fit because the conjunction occurred ten lunar months before April 6, 1 B.C." Ten lunar months would be nine and a bit more than a half months on our modern calendar. In John Pratt's Religious Chronology page [https://johnpratt.com/items/docs/lds/dates.html] he lists Christ's conception as 15 Jun 2 BC, which is the 15th of Sivan, allowing an exact number of lunar months from that date to 5 April 1 BC, 15 Nisan, the birth day of Jesus. By Using that date, John Pratt's predicted date for the conception would be exactly ten lunar months following the tradition and a possible length of time for a pregnancy going a bit more than 40 weeks.--RM