Putting the Bible in its Honored and Rightful Place | Meridian Magazine 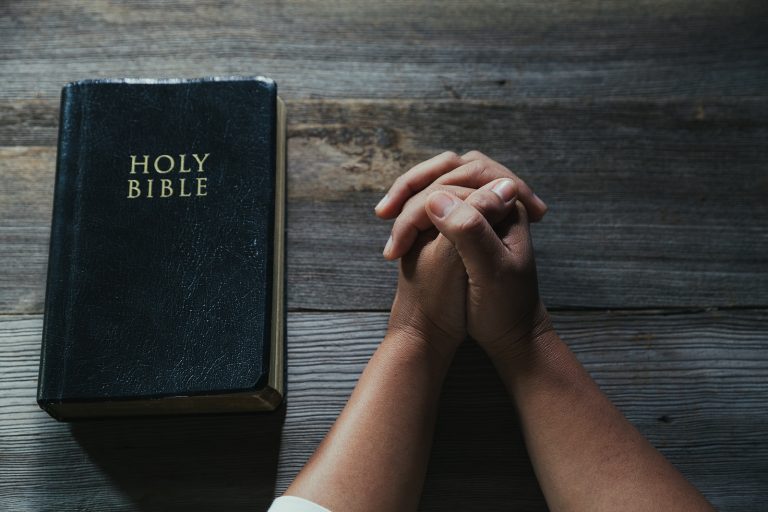 Putting the Bible in its Honored and Rightful Place

It is not surprising that evangelical Christians hold the Bible in high regard. It is a vital book. It is a priceless record of God’s dealings with Israel and Jesus’ ministry on earth.

Latter-day Saints believe in and cherish the Bible, but we don’t believe that it does the work of informing humanity about the work of God all by itself. The testimony of the Bible is joined by the testimony of other witnesses: the Book of Mormon, the witnesses of Moses, Adam, Enoch, Abraham, Matthew, and Joseph Smith gathered in the Pearl of Great Price, the Doctrine and Covenants, the Proclamations, and the abundant teachings of prophets in our own time. These additional witnesses enrich our understanding of God and His purposes.

“Sola Scriptura is a theological doctrine held by some Protestant Christian denominations that the Christian scriptures are the sole infallible source of authority for Christian faith and practice” (Wikipedia).

Their reasoning for holding the Bible in high regard is understandable, yet most Christians know very little about the messy process for transcribing the manuscripts or the arbitrary processes for choosing books for the Bible. Christians argued for centuries about which books belonged in the canon. (See Ehrman: Misquoting Jesus or Robinson: Are Mormons Christians?)

How did the Protestants develop such a single-minded regard for the Bible? Let’s hark back to the times of the Reformation. It was clear to many priests and Christians that the Catholic Church had become contaminated. Doctrines had been distorted and many leaders were corrupt. So where were the reformers to turn for an authoritative guide?

The Bible, of course. The Bible became their guide. In a subtle but important way, it also became their basis for calling, commission, and authority.

This is revolutionary. The Bible has no examples of people being called to the ministry based on a spiritual experience alone without direct authorization from God or one of His servants.  The reformers changed the whole idea of authority. As the reformers moved away from Catholicism, they popularized the idea of the “priesthood of all believers.” Instead of conveying the priesthood power through ordination by one in authority as the Bible taught, they believed the power resided in the community of believers.

After all, when you cannot turn to your ecclesiastical leaders for power, where do you turn? The Reformation answer was that you turn to the Book and the community of believers.

In the absence of continuing revelation—or even trustworthy counsel from the Pope—reformers turned more and more to their understanding of the Bible. It was a great blessing that the Bible was pushed to center stage to guide the people and settle disputes. Yet it is clear that the Bible was never intended as a comprehensive guide to faith and practice. Each book in the Bible was written with a targeted audience and specific purpose in mind. If the limitations of the Bible were ever in doubt, we only need look at the conflict between the reformers. While all of them took the Bible seriously, each understood it very differently, making it impossible to come to a unity of the faith in spite of their devotion to the Bible. Deep divisions continue to this day.

The doctrinal divergence is not surprising. The reformers’ interpretation of the Bible was filtered through a hodgepodge of Councils, their individual biases, and the prevailing philosophies of men—especially the opinions of Augustine and centuries of speculative theologians.

This doesn’t feel like the way God designed His church to be led and to settle doctrinal disputes.

In the last couple of centuries, the Protestant view of the Bible has added a new wrinkle. Some conservative Christians have argued that the Bible is inerrant.

Some conservative groups also believe in biblical sufficiency. This view suggest that “the Bible contains everything that they need to know in order to obtain salvation and to live a Christian life, and there are no deficiencies in Scripture that need to be filled with by tradition, pronouncements of the Pope, new revelations, or present-day development of doctrine” (“Biblical Inerrancy” in Wikipedia).

These are very bold claims, claims that the Bible never makes for itself. Some have wondered if this is a dangerous trend. Floyd Filson (1957) made a brilliant observation about the Bible:

It is possible, however to stress the Bible so much and give it so central a place that the sensitive Christian conscience must rebel. We may illustrate such overstress on the Bible by often-used (and perhaps misused) quotation from Chillingworth: ‘The Bible alone is the religion of Protestantism.’ Or we may recall how often it has been said that the Bible is the final authority for the Christian. If it will not seem too facetious, I would like to put in a good word for God. It is God and not the Bible who is the central fact for the Christian. When we speak of ‘the Word of God’ we use a phrase which, properly used, may apply to the Bible, but it has a deeper primary meaning. It is God who speaks to man. But He does not do so only through the Bible. He speaks through prophets and apostles. He speaks through specific events. And while his unique message to the Church finds its central record and written expression in the Bible, this very reference to the Bible reminds us that Christ is the Word of God in a living, personal way which surpasses what we have even in this unique book. Even the Bible proves to be the Word of God only when the Holy Spirit working within us attests to the truth and divine authority of what the Scripture says…Our hope is in God; our life is in Christ; our power is in the Spirit. The Bible speaks to us of the divine center of all life and help and power, but it is not the center. The Christian teaching about the canon must not deify the Scripture. (pp. 20-21, emphasis added)

Latter-day Saints agree wholeheartedly. The Bible is vital. But it cannot replace prophets, or priesthood authority, or most importantly, the Lord Jesus Christ. It fits joyously and uniquely in the great tradition of continuing revelation—which includes not only God’s revelation in the Middle East but also in ancient America and in upstate New York . . . and in Salt Lake City.

The idea of modern prophets scandalizes many of our Christian friends. It seems so bold, presumptuous, and idiosyncratic! Charles Dickens was amazed that anyone could imagine “seeing visions in an age of railways” (1851, p. 385)

This attitude has a wonderful precedent. The meridian Jews could stand in the presence of the Son of God and insist that they did not need His words because they had Moses. It has always been easier for people to accept the dead prophets than those relentlessly inconvenient living prophets. Yet God’s tradition has been to send prophets. Humans have rarely welcomed them, but God still sends His personal messengers.

The Latter-day Saint view is that the Bible is a sacred and cherished gift from God to His children. But it is not the only source of God’s truth for His people. And the Bible is not God. The Bible and all scripture, along with living prophets and their wise counsel all work together to help us find our way back to God. How grateful we should be for the wealth of resources God has given us!

Thank you for your insights. I invited many friends to join with us in the Good Friday fast. My intention is to give some of those who participated with us a Book of Mormon. Your thoughts have given me insights on where many of them are coming from, arming me with fuel for the conversations ahead. So Grateful for the gift of being an lds woman with priesthood power, guidance from a living Prophet and Apostles, and the Book of Mormon to light my way. PS. I enjoy you columns and look for your insightful sharings

when reading this...I noticed that it was said that revelation only comes to prophets and I forget what else....I believe that God does reveal things to all of us. I do believe the prophet receives revelation from God for us in the church and even the world....but we also receive revelation for our families and for our callings and in warnings ...I have received many revelations in my life..i was surprised when it happened but it was a necessary thing. I am grateful for a prophet here on this earth and I do wish that people not of our faith wouldn't be so afraid of the word prophet...it is significant. the bible is our connection to other people of faith because it is what they believe in. I studied british literature and it talks about how the bible was taken through many stages and so many people do not know this.