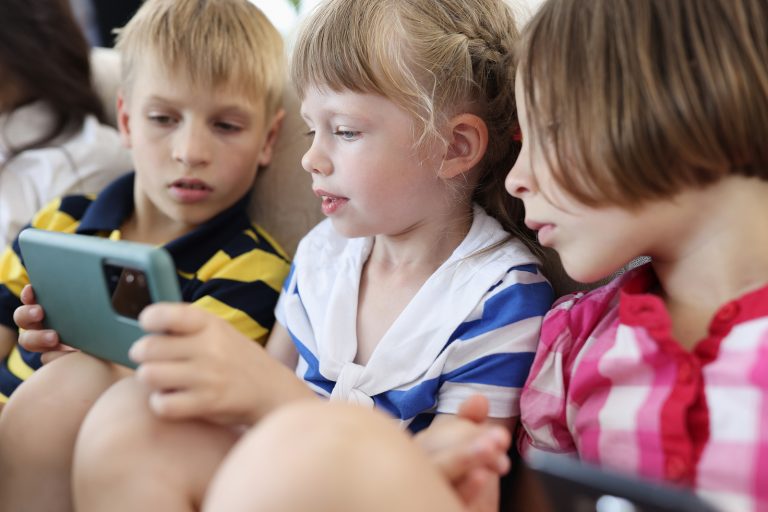 Little did I know at that time how badly those young children would need that song in their adult years when there are now so many false prophets that appear in the forms of sports and media icons, self-proclaimed holy men/women, ad campaigns, and political figures. My heart still sings those words on a regular basis as I hope that the primary children from 2006 are still following the prophet and have not gone astray.

More than ever before our children need the message that following the prophet’s council and the fullness of the gospel of Jesus Christ is the way to happiness, security, truth, and purpose in this life. And, it’s the parents who have the greatest power to choose who today’s children will follow by allowing them to have or not have contact with other leaders and influencers.

When my daughter, Paije, was in a homeschool co-op class at age 14, after a discussion about what makes a good leader, the class was asked how they would know who to vote for when they were adults. My daughter shot up her hand and said, “I’ll ask my mom. She always looks deeply into the issues and candidates and has a lot of wisdom. She’ll lead me in the right direction.”

As the teacher of that class and discussion, I was instantly conflicted by her answer. I was pleased that she recognized I would never lead her astray, but I was also concerned that she didn’t want to develop her own discernment, which was the point of the lesson. But, almost as soon as I thought these conflicting messages, I was struck with a feeling that my daughter had simply expressed how we all make our decisions. We follow people. As much as we’d all like to think that we totally make up our own minds, we don’t. We are heavily influenced by many sources of information and are constantly looking for a trustworthy leader that we can follow. Behind every great man or woman there are other great people who shared wisdom. No wise and honest leader emerges without following someone greater than themselves.

My daughter’s honest answer reminded me what my influence really was with her and made me ask myself, “Who are you following, Nicholeen?” After making my mental list of the people who have influenced me from ancient times to the present, I gave myself an instruction. “Never forget who you follow and what influence that will have on all the people you know.” My daughter and I are the best of friends. We discuss literally everything now that she is an adult. She wants to be like me, and I don’t have a problem with that. At one point I asked myself, “Who else would I want her to become like?” and “Isn’t it totally natural that we all look for heroes or role models that we want to follow, and aren’t parents the best role models for children?”

In his article, “American Sports Are Letting Down America,” Jason Whitlock, famed sports writer for ESPN, FOX, AOL Sports and others, explained how American sports used to unite our nation despite politics, but are now dividing us for political reasons. Whitlock quoted Charles Barkley’s 1993 Nike commercial that sparked intense controversy. Barkley said:

This statement sparked intense debate in 1993, and still can today, because society has put Hollywood and sports celebrities who used to promote unity and meritocracy in the parental role by calling them role models, even if they shouldn’t be. Whitlock continued:

“Technology has helped advance the process, diminishing the influence of traditional authority figures and strengthening the reach of celebrities. Kids shut their bedroom doors, turn on their televisions, laptops, and game consoles, plug in earbuds, open social media apps, and disappear into a world far removed from mom and dad. With a mere push of a button they tune out the worldview of their families and tune in the worldview of athlete LeBron James, actress Lena Dunham, rapper Snoop Dogg…and others like them.”

Who we choose to follow changes the world. Sports can unify and uplift if they focus on principles and unity, or they can tear families and nations apart if they focus on selfishness and politics. Nelson Mandela eloquently expressed this when taking about the 1995 South African rugby team in this way:

“Sport has the power to change the world. It has the power to inspire. It has the power to unite people in a way that little else does. It speaks to youth in a language they understand. Sport can create hope, where once there was only despair. It is more powerful than governments in breaking down racial barriers. It laughs in the face of all types of discrimination.”

Leading Out for Future Stability

Sadly, society is now being socially groomed to leave their foundational principles and the leaders they can trust, parents and true prophets, and turn toward following the ideologies of the famous. The solution for this problem is found in the family dynamic. When parents question themselves as often as they question their children in order to align with following true and principled leaders, then the children will see what it looks like to lead out for the generation that follows them.

Our confidence in leadership comes from knowing who we are and who we follow and aligning ourselves with those truths. Then we can confidently lead our children to truth by giving them full understanding of who they can trust, and who is just getting paid to “wreak havoc on a court.” They need to be able to trust us. The question, “Who do I follow?” then the instruction, “Never forget who you follow and what influence that will have on all the people you know,” have the power to align society.

When the parents align their hearts, intentions, and truth on a regular basis, the children follow. It’s easy to follow, because happiness is the fruit of the adult who knows who they are and who they are hoping to become.

Nicholeen’s FREE Calm Parenting Toolkit is a great resource to help you master you and become the calm parent you are hoping to be.