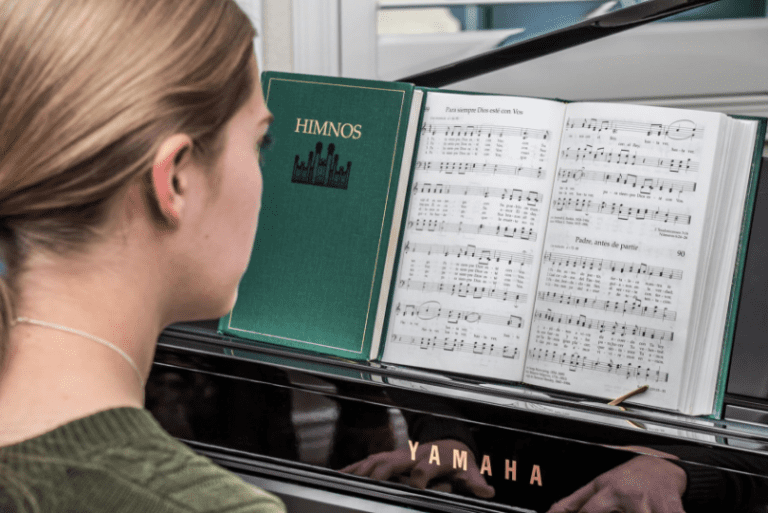 The following is excerpted from the Daily Herald. To read the full article, click here.

Janice Kapp Perry, one of the most prolific hymn writers of The Church of Jesus Christ of Latter-day Saints, said she is thrilled with the announcement Monday of a new book of hymns being developed by the church.

“I’m giddy,” Perry said. “I love the hymns and have prayed for hymns for our day.”

It will take a few years, but the church announced it would be making significant changes to the church “Hymns” and “Children’s Songbook” used in worship services.

In a worldwide release to church leadership and music leaders, Elder Ronald A. Rasband of the Quorum of the Twelve Apostles said, “Along with prayer and the scriptures, hymns invite the Spirit into our hearts and strengthen our testimonies of Jesus Christ and His Gospel.”

In the official statement, Rasband noted, “We recognize the power that sacred music has to unify the members of the Church throughout the world. We desire to offer a consistent core collection of hymns and songs in every language that reflects the diverse needs of the global Church in our day.”

Perry, who has written more than 300 hymns, including “As Sisters in Zion,” “A Child’s Prayer,” and “Love is Spoken Here,” said, “I’m thrilled there may be a place for them.”

Perry has collaborated with several writers over the years, but recently, she and David B. Larsen, an LDS stake president in Dallas, have written 30 Book of Mormon narratives.

Perry said they also started a project of writing from favorite conference talks, when both of them realized they were all from Elder Jeffrey R. Holland’s sermons, they had a new project.

“We have one hymn for every sermon Elder Holland has given in conference,” Perry said. “That’s 48 hymns.”