Proclaim a Jubilee: The Liberty Bell and a Covenant Call  | Meridian Magazine 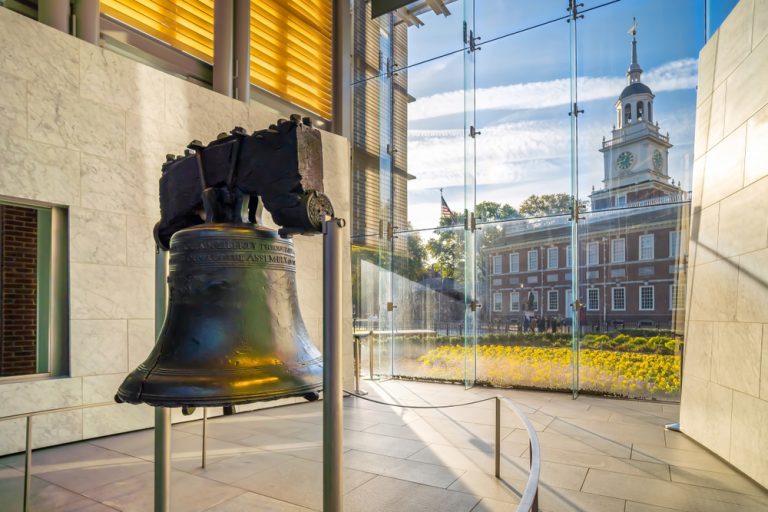 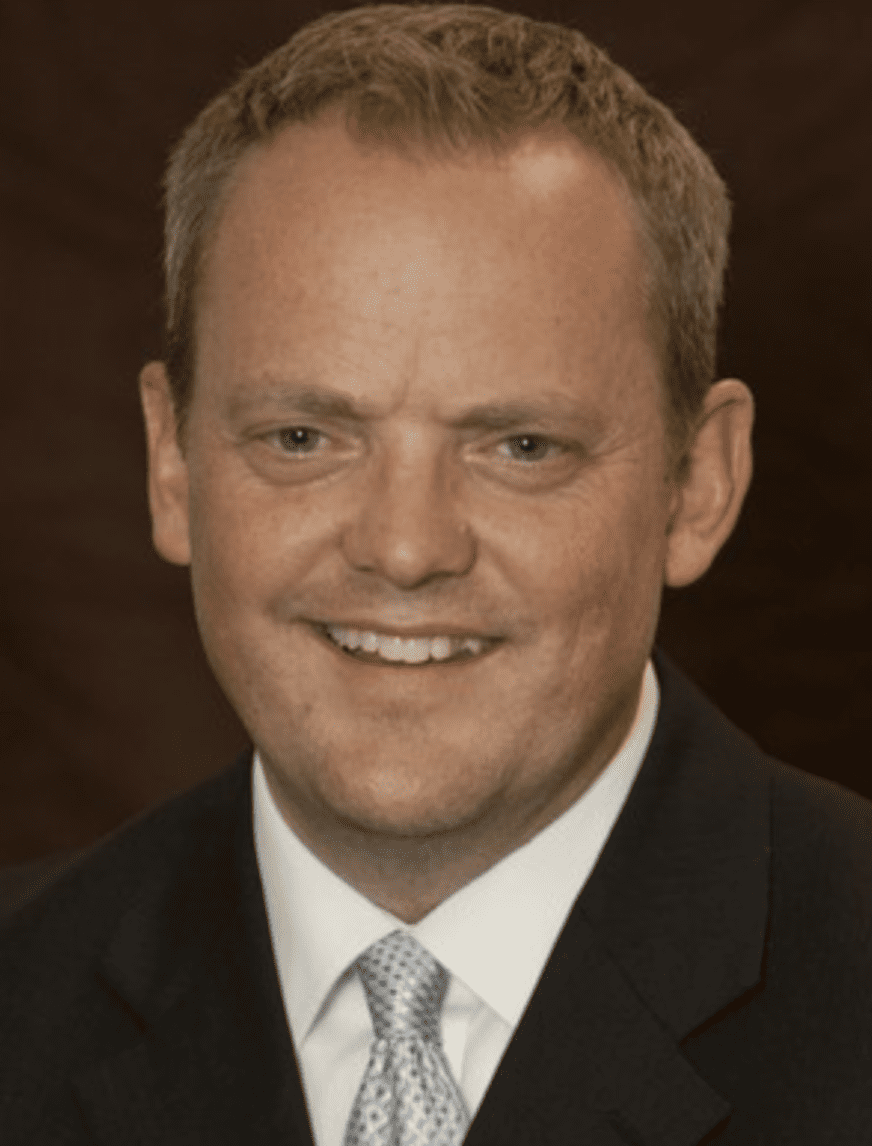 The country yearned for healing after the Civil War, which had left over 600,000 Americans dead. Scarred and war-weary Americans united around two symbols, the flag and the Liberty Bell. In the 1880s, the Liberty Bell traveled across the country where curious and patriotic Americans desired to set eyes upon an image and icon closely resembling the state of the country: bruised, battered, but unbowed. The Liberty Bell represented liberty and the price individuals, homes, and the country had to endure to preserve it. The preservation of the bell testified that liberty and peace could endure, even through the conflagration of war. While conflict rages, the redemptive spirit of liberty could survive if the minds and hearts of the citizens were right.

The Pennsylvania Assembly ordered the bell in 1751. The Assembly wanted to celebrate the fiftieth anniversary of William Penn’s 1701 Charter of Privileges, Pennsylvania’s original Constitution. Whitechapel Foundry was initially commissioned to cast the bell, but after some complications, John Pass and John Stowe recast the bell and the final product emerged and was hung in what is now Independence Hall, Philadelphia, on June 11, 1753. The bell weighs in at 2,080 pounds.

The bell’s history is shrouded in tradition and legend. It was initially cracked during the testing phase and was recast twice. No one knows for sure when the iconic crack observed today occurred, but certainly by the year 1846. Philadelphia’s mayor rang the bell to celebrate George Washington’s birthday, and newspaper reports described the presence of the crack. Some say the damage occurred much earlier in 1824. Still, the bell had been tolled multiple times throughout the emerging colonies and young country. The most significant ring of the bell occurred on June 8, 1776, to call Philadelphians together to hear the reading of the newly formed Declaration of Independence.

Inscribed on the bell is this passage from Leviticus 25:10: “Proclaim Liberty throughout all the land unto all the inhabitants thereof.” The Jubilee year was part of the Law of Moses.

According to the law of Moses, there was no ownership of land as we define it today. The entire promised land belonged to God. Instead of land ownership, each tribe was given land inheritances on which to support themselves and their families. These fruits of their labors belonged to God as well. When there was an exchange of property, it was on a temporal, or temporary, basis. Selling land meant selling the rights to work the land, as all land belonged to God. Every fifty years was a jubilee year, during which land inheritances were returned to their original holders, all debts were forgiven, and all slaves were set free (Leviticus 25).[1]

The number fifty is a number symbolizing liberty, celebration, and redemption. No wonder Alma proclaimed liberty to a spiritually captive people of Zarahemla by asking them fifty questions about their spiritual state before God (see Alma 5). The Feast of Weeks (Pentecost) was celebrated fifty days after the Passover. This harvest festival commemorated the new wheat crop and marked liberty through God’s law at Sinai. Boaz and Ruth met during the barley harvest at Passover, but they were joined and bound in marriage during the wheat harvest of Pentecost. Fifty and the Jubilee marked a time when the Bridegroom and Bride became one. In the New Testament, the Holy Ghost renewed and clothed the early disciples with “cloven tongues like as of fire, and it sat upon each of them” (Acts 2:3). These early disciples were thus endowed with the will, mind, word, and voice of the Lord (see Doctrine and Covenants 68:4).

Significantly—and quite prophetically—both Thomas Jefferson and John Adams, two of the Founding Fathers behind American Independence, died precisely fifty years after the signing of the Declaration of Independence on July 4, 1776. They died mere hours apart on July 4, 1826. At the time of their deaths, the United States had a population of roughly 12 million, and the number of states had expanded to twenty-four. Jefferson, days before his death, fiercely determined to live one more July 4 so that he could “breathe the air of the fiftieth anniversary, when he would joyfully sing, with old Simeon.”[2] Like Simeon of the New Testament, Jefferson desired to faithfully proclaim Nunc dimittis servum tuum, Domine (“Now thou dost dismiss thy servant, O Lord”).

Today, we have a day of division. Nephi wrote, “For the time speedily cometh that the Lord God shall cause a great division among the people” (2 Nephi 30:10). Elder Neal A. Maxwell taught those days of division are upon us.[3] The great division seems to be enlarging with seismic proportions. The fault line seems to be centered on prophetic priorities versus secular sympathies. Still, the promises of our prophet, President Russell M. Nelson, also portend days of jubilee.

To proclaim liberty is the mandate of the covenant people. Indeed, our Lord began his earthly ministry by citing Isaiah’s messianic prophecy: “The Spirit of the Lord God is upon me; because the Lord hath anointed me to preach good tidings unto the meek; he hath sent me to bind up the brokenhearted, to proclaim liberty to the captives” (Isaiah 61:1). President Russell M. Nelson’s call to covenant Israel is to follow the Lord’s counsel in proclaiming the same message. He said, “these surely are the latter days, and the Lord is hastening His work to gather Israel. That gathering is the most important thing taking place on earth today. Nothing else compares in magnitude, nothing else compares in importance, nothing else compares in majesty. . . . There is nothing happening on this earth right now that is more important than that. There is nothing of greater consequence. Absolutely nothing. This gathering should mean everything to you. This is the mission for which you were sent to earth.”[4]

The word liberty is a squishy word. The vision of liberty conceived by the Founding Fathers and prophets of God is quite different from the subjectivism of modern secularism. G. K. Chesterton observed,

So then, in the spirit of this Independence Day, John Adams, and Thomas Jefferson, let us proclaim liberty. President John Adams wrote, “Our Constitution was made only for a moral and religious People. It is wholly inadequate to the government of any other.”[6] President James Madison, echoing these sentiments, wrote, that our Constitution requires “sufficient virtue among men for self-government,” otherwise, “nothing less than the chains of despotism can restrain them from destroying and devouring one another.”[7] Thus, Chesterton observed the necessity for authority for the preservation of liberty. He wrote, “Without authority there is no liberty. Freedom is doomed to destruction at every turn, unless there is a recognized right to freedom. And if there are rights, there is an authority to which we appeal for them.”[8]

To proclaim “liberty to the captives” surely involves proclaiming liberty from the tyranny of self (see Matthew 10:39). We have before us both a covenant call and a decree of discipleship. President Nelson proclaimed, “Anytime you do anything that helps anyone—on either side of the veil—take a step toward making covenants with God and receiving their essential baptismal and temple ordinances, you are helping to gather Israel. It is as simple as that.”[9] To celebrate the jubilee requires we observe, orient, and order our lives consistent with the law of the Lord. Only then can the spirit of the jubilee year pass into the hearts of our lives, homes, communities, and countries.

Pass and Stowe engraved upon the Liberty Bell, “Proclaim Liberty throughout all the land unto all the inhabitants thereof” (Leviticus 25:10). Paul, the apostle, wrote, “Where the Spirit of the Lord is, there is liberty” (2 Corinthians 3:17). This Spirit of the Lord and liberty should be engraved “with the Spirit of the living God; not in tables of stone, but in fleshy tables of the heart” (2 Corinthians 3:3). So then, let us “begin to be up and doing” (Alma 60:24).

Like Captain Moroni, let us rend and cast off our coats of convenience and raise the standard of liberty, “In memory of our God, our religion, and freedom, and our peace, our wives, and our children” (Alma 46:12). Let us be among the covenant crowd who came into the land of Gennesaret to touch the hem of our Lord’s garment: “And when the men of that place had knowledge of him, they sent out into all that country round about, and brought unto him all that were diseased” (Matthew 14:35-36). With the Lord’s “Youth Battalion,” let us go forth as “Zion’s Army”[10] free from secular subjectivism. Let us do it, as the Prophet Joseph Smith prophesied it would be done, going “forth boldly, nobly, and independent till it has penetrated every continent, visited every clime, swept every country, and sounded in every ear, till the purposes of God shall be accomplished and the great Jehovah shall say the work is done.”[11]

Thank you for the research on this wonderful article.

Beautifully written article Patrick Degn! I couldn’t pass up this link when I saw the Liberty Bell photo reminding me of my Church history adventure last July; and then I saw the author and couldn’t pass up reading from a favorite author, tour guide, & teacher from last summer’s tour as well!♥️ Happy 4th of July!!